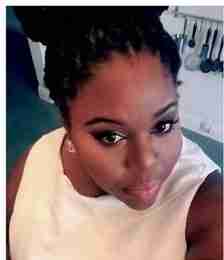 MIAMI – Anyone who knows Valencia Gunder knows she is one of Miami’s most precious assets. Affectionately known as Vee, the beloved community activist can be seen day-in and day-out working tirelessly on behalf of the oppressed, disenfranchised and Advocacy Fellowship disadvantaged.

Whether she is making the homeless smile by providing them with vital resources, rallying against crime and violence or standing up for those who can’t stand up for themselves, Gunder has dedicated her life to serving others. Now, because of her selfless work, she recently became the first person in Miami awarded the Soros Justice Advocacy Fellowship.

According to the Open Society Foundations, the Soros Justice fellows will address the “country’s overly punitive approach to crime, develop effective responses to both interpersonal and police violence, and challenge the ways in which the effects of incarceration linger long after someone has been released from prison.”

“We are facing a potential sea change from the criminal justice policies of the past decade,” said Leonard Noisette, who oversees the Soros Justice Fellows program as director of the Justice team at the Open Society Foundations’ U.S. Programs. “This is an exceptionally important time to seed the field with new blood and new leadership. We are thrilled to be working with such a talented group of fellows at such a pivotal moment in history.”

Gunder – who is a Miami native and current Liberty City resident – is one of 23 fellows. She was selected after submitting a proposal entitled “L.I.F.T.” (Living in Freedom Together) – which will create a rapid response toolkit, seeking to address community safety issues by treating endemic violence – community/interpersonal violence and police violence – as public health concerns.

She knows first-hand the traumatic effects gun violence and other social ills have on those who experience them. Her eight-yearold goddaughter, Jada Page, was shot and killed last year in a drive-by shooting while preparing to go see a movie with her father.

“When I came up with this project it was because after my goddaughter was murdered people were trying to make me choose. They would say, ‘Is it black lives matter or gun violence,’” Gunder said. “I shouldn’t have to choose and lot of times in our communities, we’re asked to choose when they’re (gun violence and the devaluing of black lives) both hurting our communities. I decided not to choose and figure out a way to bridge the gap between both of the movements and build something we can use to help remedy both of them. I’m mobilizing and building bridges in my community with stakeholders, leaders and residents so we can work across silos.”

Gunder will use her intimate knowledge of the social ills facing her community and the trust she has built with residents who reside in some of Miami’s most dangerous neighborhoods, coupled with community organizing and mobilization to implement her proposal. The model, which will be used in Liberty City and its surrounding neighborhoods, is designed to be replicable and scalable.

“Because of where I grew up and the different situations and circumstances I’ve been in, I was able to understand the dynamic of my community and come up with the solutions to face it,” Gunder said. “Experiencing the pain of gun violence first hand and working with communities with issues with police relations, I can personally speak on its affects, which prompted me to action.”

She said she is humbled to make history as the first activist from Miami to receive the fellowship.

“I am pleased to be the first Miami native to receive this honor. With the assistance and faith of my community, we will be successful in our efforts,” Gunder said. “With this opportunity, I feel there will be a significant decrease in gun violence, recidivism/arrest and increase positive police and community relations.”

As usual, she is quite okay with being a catalyst to change her community for the better.

“My community (and communities like mine across the country) needs a project like this, guided by someone like me, to see our way through to a solution that builds a true community-grown foundation for safety,” Gunder said.