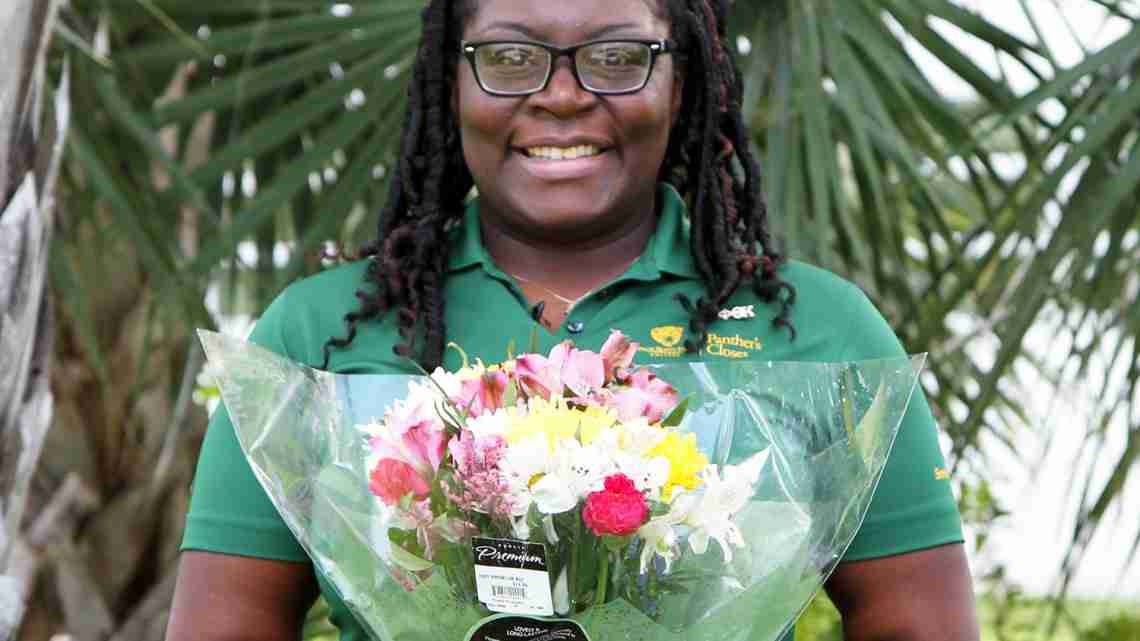 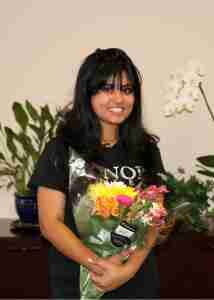 The first is Marshelle Davis, an aspiring certified public accountant who’s on track to graduate in May with an Associates in Arts (A.A.) degree. The second is Tanzina Chowdhury, who earned her A.A. last December and is enrolled in additional prerequisite courses this term.

They will each receive up to $40,000 per year for up to three years toward the educational expenses to complete their bachelor’s degree. This includes tuition, living expenses, books and required fees. This brings Palm Beach State’s number of Jack Kent Cooke Undergraduate Transfer Scholars to nine.

“It is an amazing honor, and it’s just a testament again to the dedication and hard work on my part as well as the support that I have at home as well as at Palm Beach State,’’ said Davis, a Delray Beach married mother of three children, including two who are in college.

“This is life-changing for me. I never thought I would get such a big scholarship,’’ Chowdhury said. “I did my best to present myself to the foundation. I’m not only happy for the money that I’m getting but also for the fact that I’m getting this whole group of people who are intellectually curious and they really impact the world in some way. I can find the best mentors and peers there.”

The Jack Kent Cooke Foundation selected this year’s scholars from nearly 3,000 applicants for the largest private scholarship in the nation for students transferring from community colleges to four-year universities.

According to the foundation, all of the scholars have financial need and strong records of academic achievement demonstrated by grades, leadership skills, awards, extraordinary service to others and perseverance in the face of adversity.

Davis, 39, is on the Gold Track, the most rigorous track in the Dr. Floyd F. Koch Honors College, and serves as a student ambassador for the Honors College.

She is also manager of Panther’s Closet, a newly established thrift-style shop run by students for students; a member of the Phi Theta Kappa Honor Society; a participant in the Student Activities Office volunteer and Student Support Services TRIO programs; and has participated in the Math and Science Summer Institute.

The first-generation college student said she abruptly enrolled in Palm Beach State in 2015 after a close relative who had dreams of getting a degree was killed in a domestic violence incident.

“I have done everything I can do to try to make sure that I’m successful for many people in my family, younger and older, who look up to me,’’ Davis said.

Chowdhury, 25, of West Palm Beach plans to pursue a bachelor’s degree in computer science. She moved to the United States from Bangladesh in fall 2014 and enrolled at Palm Beach State in January 2015. She also maintained a 4.0 GPA and graduated on the Honors Gold Track.
She is a member and vice president of scholarships for Phi Theta Kappa and president of the Dream It, Do It Club. She has previously served as vice president of the Honors Student Advisory Council, director of online communication for the Student Government Association and received several awards.

Both students praised the tremendous support they have received from faculty and staff at the college. “I’ve never met a family of people like this at Palm Beach State,’’ Davis said.

Montesinos said she is proud that both students’ hard work has paid off. After earning a bachelor’s degree, each Cooke scholar may also be eligible for a scholarship for graduate school worth up to $50,000 a year for up to four years.

“They are two wonderful women who have gone above and beyond as students. I’m glad their efforts have not gone unnoticed and they are being recognized in this way,” Montesinos said.

Parker said the scholars are “reminders” of why she and others chose to work in higher education. “It’s heart-warming to witness students come to Palm Beach State and realize their dreams,” Parker said.