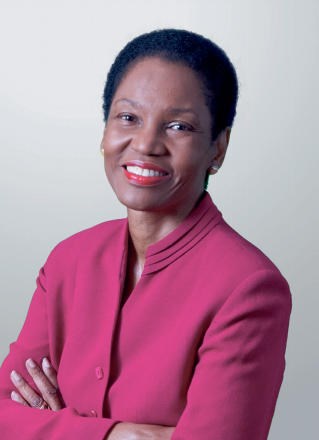 The partner at the Holland & Knight global law ﬁrm also was presented with an honorary Doctor of Humane Letters in recognition of her professional excellence and community leadership.

The Barry University commencement theme was “Honoring Resiliency and Community Heroes,” which was chosen in honor of all Barry University students who have answered the call to serve, who are tireless in their pursuit of social justice, and who have displayed true perseverance in the face of uncertainty brought by the pandemic.

“We are here because of our resilience to keep pushing forward, to keep believing when others doubted, and to keep reaching higher when big dreams of being here today seemed so far away,” Holiﬁeld told the audience.

A trailblazer since childhood, Holiﬁeld became the ﬁrst Black female partner of a prominent Florida law ﬁrm in 1986.

Years prior, Holiﬁeld made history when she was one of three African American students to desegregate Leon High School in Tallahassee in 1963.

She is a graduate of Swarthmore College and Harvard Law School and is co-founder of the planned Miami Museum of Contemporary Art of the African Diaspora.

She continues to champion social justice, equity, and inclusion in all areas of her work, and has received numerous awards for professionalism and public service.