Miami’s Urban League advocates ‘No’ to legalization of Marijuana

One of the ballot items that voters throughout Florida will be asked to weigh in on for this mid-term election is whether to approve the legalized use of marijuana for medicinal purposes. The Urban League of Greater Miami hosted a community meeting on the ballot measure, listed as Amendment 2, to voice its vehement opposition to any and all legalization of marijuana.

“Nobody in their right mind can think of legalizing a drug in our community” based on what drugs are already doing, said T. Willard Fair, President and Chief Executive Officer of the Urban League of Greater Miami. “Making it legal doesn’t make it right.”

Representatives from Miami-Dade County Juvenile Services, educators, social workers, clergy, private citizens and the Miami-Dade Police Department were present at the meeting which was attended by a few dozen people. Major Stephanie Daniels, Commander of Miami-Dade Police Department’s Northside substation where the meeting was held and a new member of the Urban League’s Board of Directors, said that it was important to “allow the community to come” and voice concerns about the proposed change.

In spite of the potential pitfalls of maybe running afoul of non-profit guidelines, Fair’s point was clear. “It is quite obvious that we need to do more than advocate.”

“We think it is the right thing to do. This is about the children…their future. That means we have to take a stand.”

Dr. Fabian Thurston, Chief Operating officer for the Jessie Trice Family Health Center and a board member for the Urban League, discussed the effects of marijuana on the development of the brain. “We’re here to protect the future of the children of Liberty City,” said Thurston, who has a clinical background in mental health and substance abuse.

Among the points raised by Thurston was that of the hundreds of chemicals typically found In marijuana, Tetrahydrocannabinol (THC) is the most prevalent and the one “most responsible for many of the mind-altering effects.” He added that THC represented approximately 4% of the content of marijuana cigarettes in the 1970’s whereas the number has spiked significantly to about 15% in 2012. “This isn’t your Woodstock weed.”

For private citizens in attendance, the discourse struck a chord.

“It’s a definite ‘No!” said a woman in attendance who, for privacy reasons, asked that her name not be used in published material. “I have firsthand knowledge of what it does to our community. It destroys warmth and drive in a person.”

“It is an addiction.”

She shared that someone she was once very close to would “turn into Dr. Jekyll and Mr. Hyde” after he started smoking marijuana. “He was completely transformed.”

“You have to be totally insane,” declared Fair in reference to possible passage of Amendment 2 as he talked about the marijuana-related “devastation in Liberty City and it’s not even legal” yet.

Thurston also posed a question about the dangers of marijuana use and neonatal health for expectant mothers. Drinking beer, wine, hard liquor is legal for consumers over 21, asked Thurston, but if alcohol consumption while pregnant is dangerous for unborn children what effect would smoking marijuana while carrying a baby have?

Thurston referenced studies that found that from 1975 to 2010 the social stigma of smoking marijuana among high school seniors had plummeted drastically. “They don’t see marijuana as a problem anymore.”

Fair said that the risks to Liberty City if Amendment 2 passes will not be borne equally by other neighborhoods in Miami. “There will be no pot shops on Miracle Mile,” said Fair referring to the trendy street in Coral Gables filled with high end boutiques and restaurants. “We know what kind of traffic [marijuana] brings to our community.”

Another private citizen at the Urban League meeting, who identified himself simply as Michael, expressed strong fears about what legalizing marijuana use in Florida will mean for Miami. “I have two boys. [Marijuana consumers] are going to be in our community. I don’t want our kids to be exposed to that.”

The text describing Amendment 2 on ballots across Florida reads in part that, if approved, the state would allow “the medical use of marijuana for individuals with debilitating diseases as determined by a licensed Florida physician.”

For people like Michael, that argument was not a strong one in favor of legalizing marijuana use of any kind. “Extract the medicinal parts if that’s the case.”

Adding intrigue about who really stands to gain from the passage of the ballot measure, Thurston wrapped up his discussion by raising the specter of a discreet yet powerful corporate interest in the legalization of marijuana. He spoke of articles that draw attention to how large tobacco companies have long seen a legally-sanctioned openness to marijuana use as “an alternative product line” to the increasingly socially taboo tobacco cigarettes.

Major corporations, Thurston said, have long “registered trademarks taken directly from the street names [of different varieties of marijuana] and estimates indicate the [legal marijuana] market to be worth as much as $10 billion annually.” 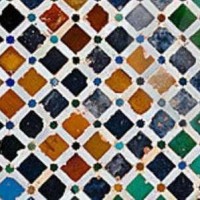