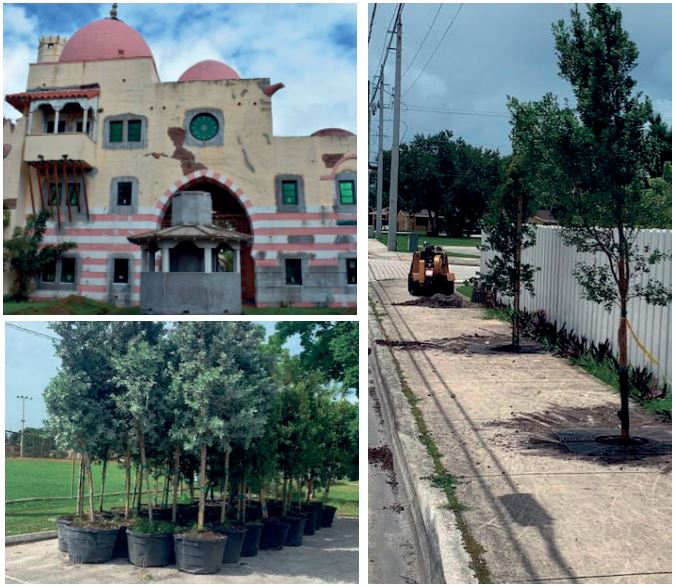 OPA-LOCKA, Fla. – In an effort to expand MiamiDade County’s tree canopy by leveraging local resources, Neat Streets Miami has awarded the City of Opa-locka a Street Tree Matching Grant for its Perviz Street Tree Beautiﬁcation Project in the amount of $10,220.

“Our goal is to continue to serve and maintain the historic beauty of Perviz Street for generations to come,” said Opa-locka City Manager John E. Pate. “Additionally, the simple act of planting these trees ultimately helps improve our ability to combat many of the environmental and health challenges we face throughout our nation.”

Made possible through the county’s Tree Trust Fund, preference was given to areas with low tree canopy and low-to-moderate income populations.

The city’s historic City Hall also was recently placed on the Florida Trust for Historic Preservation’s Florida’s 11 to Save list for 2021.

Described as the anchor of new city and completed in 1926, the Moorish Revival style Opa-locka Administration Building was the flagship in the center of the town that would arrow out to other structures within its limits.

It later became the Opalocka City Hall and was eventually placed on the National Register of Historic Places in 1982.

A decade ago, the building was shuttered due to a mold infestation. Since that time, a renovation project had started but due to a lack of funds, that project was put on indeﬁnite hold.

As time has gone on, the structure has continued to deteriorate.