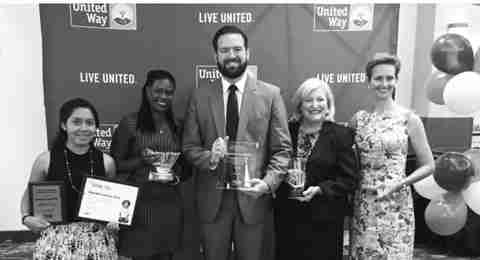 MIAMI – Overtown Youth Center’s executive director, Tina Brown, was recognized by United Way of Miami Dade. Over the summer she was honored with the Monsignor Walsh Outstanding Human Services Professional Award. This award recognizes a human services professional who has dedicated his/her career to helping others. Brown parlayed a 15-year accounting and business management veteran of both corporate and nonprofit entities into her role as the OYC’s finance director in 2005; working in her field of expertise in the community she grew up in.

In August 2010, she was appointed interim executive director by the governing board of Alonzo Mourning Charities and a little over a year later, she was appointed executive director by Alonzo Mourning, who founded the Center in 2003. Brown earned a bachelor’s degree in accounting from the Savannah State University and a master’s degree in accounting from University of Phoenix.