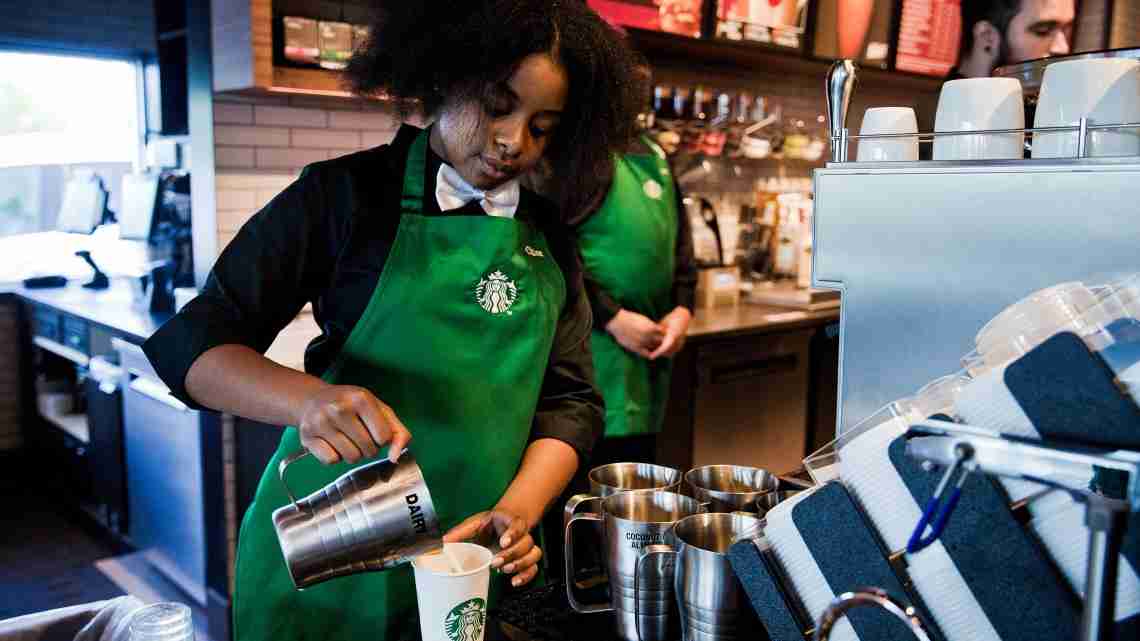 MIAMI GARDENS, Fla. – On Monday, Oct. 16, the new Starbucks in Miami Gardens opened its doors to the community – and residents and stakeholders couldn’t be happier.

Located at 19401 NW 27 Avenue in Miami Gardens, the new store isn’t your typical Starbucks. It is the first in the southeast region and eighth overall to fulfill the company’s nationwide initiative to open stores in at least 15 underserved, low to medium-income communities across the country by 2018.

Through a partnership with South Florida CARES, the store aims to serve the community by employing, training and mentoring local opportunity youth – defined as “young people between the ages of 16-24 who face systemic barriers to meaningful jobs and education.” 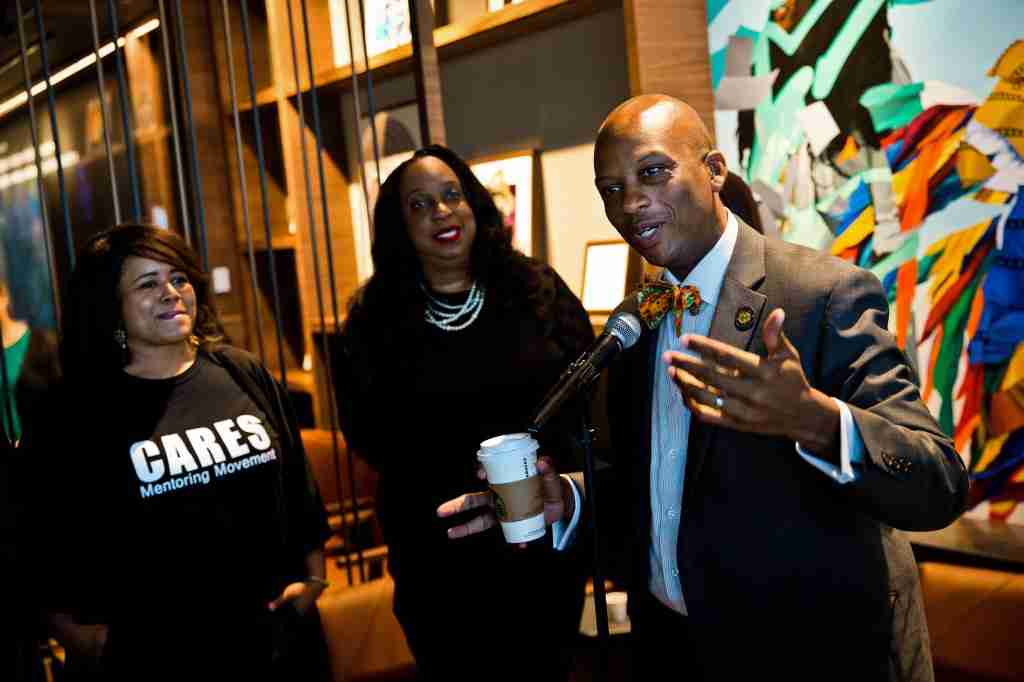 Thus far it has hired 28 partners (Starbucks’ name for its employees) and has plans to provide the CARES multi-week training program to at least 100 local youth annually to equip them with the skills they need to successfully secure and maintain jobs, internships and apprenticeships.

Among them is 18-year-old Chloe Saint Louis, a Miami Gardens resident who said she makes a mean Vanilla Bean Frappuccino with light whipped cream and extra caramel drizzle.

“I’ve been with Starbucks since June … I love Starbucks. I’ve been coming to Starbucks since I was like seven and I’m just now starting to be an adult. … so when DJ (the Miami Gardens store manager) called me and interviewed me and she was like we’re going to open up a store in Miami Gardens … I was very shocked,” Saint Louis said. “We need more stores to get involved with the community, to help with the young kids, to get them out of the streets, participate in club meetings and interact with customers and stuff like that to get more connected. … This is a big deal for us and we’re just so excited to see where this journey is going to take us.”

In addition to the work the store is doing with youth, it has partnered with local minority and women-owned businesses like Bunnie Cakes, which supplies gluten-free, vegan cupcakes to the store, in an effort to boost the local economy.

“We made a commitment about a year ago to be a part, in a unique way, of local economic development in lower income communities across the United States,” said Rodney Hines, Starbucks’ director for U.S. social impact, during a preview of the store on Friday, Oct. 13. 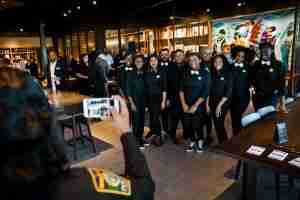 “While this is number eight to open, there’s something unique and special about this store. For me, one of the first and foremost things is this fits with the intents and purposes and the growth that is planned into the redevelopment and preserving the well being of the families here in Miami Gardens. … I heard the mayor say that this is our time here in Miami Gardens and it feels special and heartwarming to know that we’re a part of the moment in Miami Gardens,” Hines continued.

Representatives from Starbucks said the store would continue seeking meaningful partnerships with local vendors and suppliers, non-profits and community-based organizations to maximize its impact.

Tracey Robertson Carter, Executive Director of South Florida CARES, said she was glad her organization, which aims to secure and transform the lives of black children through mentorship, was a Starbucks partner. She called the alliance “a marriage of missions.”

“Our four-year partnership with Starbucks … has created tremendous opportunities for the young people we serve every day,” Carter said. “We look forward to bringing this to life. I’m looking at all of you as future mentors to make this community great.”

Pictured Below: A young woman stands inside the training room in the store. PHOTO COURTESY OF SCOTT MCINTYRE 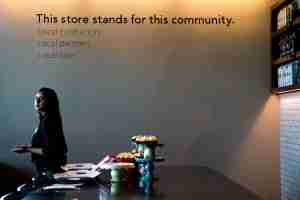 According to a Starbucks’ press release, partners at the Miami Gardens store will have access to the company’s benefits, including full health care coverage and vital training equity in the form of stock; the Starbucks College Achievement Plan, which gives partners the opportunity to get a bachelor’s degree from Arizona State University with full tuition reimbursement and more.

Miami Gardens’ leadership officials said they were excited about the opportunities that come along with the new state-of-the-art store, complete with a beautiful mural and artwork by local artist Mwanel PierreLouis and a dedicated in-store training space.

“This is beyond my wildest dreams. … We all run a city, but we’re building a community. Starbucks is a community,” Miami Gardens Mayor Oliver Gilbert said.