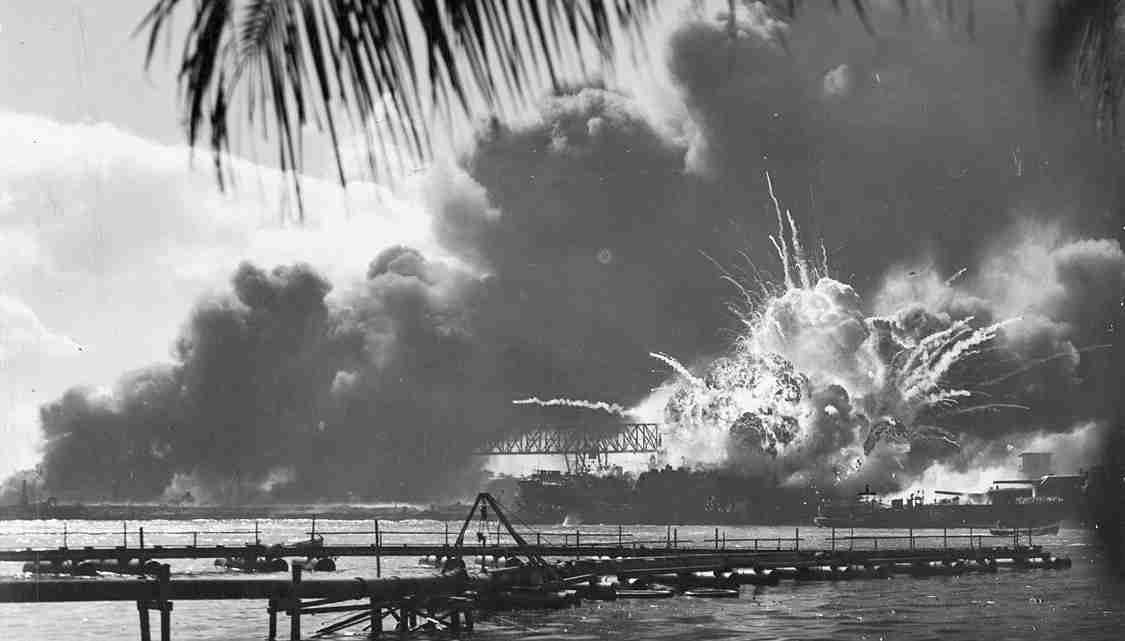 MIAMI (AP) – University of Miami architecture student Emi Kopke still cannot believe her luck. She answered a Craiglist ad asking for an artist to do hand drawings for a special project. The self-taught artist sent in 15 of her hand drawings – including some of bones and bugs. Little did she know that the project would lead her on the journey of a lifetime.

“I answered a Craiglist ad and became the best friend of a 93-year-old man,” said Kopke. But it was not just any 93-year-old. He was John Seelie, one of the last Pearl Harbor survivors, who had been stationed with the 25th Infantry Division on that fateful day on Dec. 7, 1941, when Japan attacked the U.S. naval base in Hawaii, leading the nation into World War II.

And the advertisement, which had been placed by Seelie’s “buddy” Mike Cahill, was for an artist to design a shirt to document Seelie’s life so that he could wear it to the 75th anniversary of Pearl Harbor. It was to be a surprise.

“I wanted this shirt to be magnificent,” said Cahill, a retired developer who became like a son to the veteran. “Something that no other Pearl Harbor survivor would have.”

So, after meeting in a coffee shop near Venice, Florida, where Seelie lived, Kopke with Cahill’s help began an adventure that would be both educational and emotional. She meticulously researched Seelie’s life, and found out that he was stationed in Pearl Harbor’s Schofield Barracks and was one of the first servicemen to view the attack by the Imperial Japanese Navy Air Service, even shooting at the planes before taking cover.

Kopke, who had never been a history buff, felt a pull toward Seelie. Cahill warned her: “If you start this you have to finish it. When you finish it your life might never be quite the same . for you will be exposed to people and experiences you never dreamed possible. You will be part of an extended family through the strength, resilience and history of one of this nation’s living national treasures, you will feel it, him. I believe (it) will go on after he leaves us.”

Thus began a journey to sketch a tapestry of the veteran’s life to be embroidered on a special blue shirt that included a colorful lei made of hibiscus flowers to symbolize Hawaii. Kopke used a picture of the Pearl Harbor hat worn by Seelie to copy the font she would use to write Pearl Harbor, December 7, 1941, and December 7, 2016. A proud American Eagle served as the centerpiece of the monogram.

On the back of the shirt, a hand tossing a coin recalls the way Seelie won the right to serve in Hawaii, since several other servicemen wanted the post.

“And I felt that it would be important for him to take his family with him as well,” she said.

Using a picture of Seelie’s late wife’s signature as an example, she sketched the words, “With all my Love, Betty,” and she inserted a white flower with the names of his four children on each petal: Bruce, Kenneth, Lynda and Denise. The white hibiscus would lie over Seelie’s heart.

Kopke was able to hand Seelie the special shirt on the day she met him during a Veteran’s Day celebration at a local high school in Venice. He received a standing ovation from the students and faculty.

“When I gave him the shirt, he cried,” Kopke said. “This man has been through the war and he cried because I made him a shirt.”

But from that meeting, a special connection was made, Kopke said. “He considered me his honorary daughter.” They would talk for hours. “He was my John,” she said fondly, spending more time with him than with her own grandfather.

Seelie was impressed that someone so young would take an interest in his life and he told her to spread the word among her young friends.

“His message was that people should remember how awful wars were so that maybe they would not be eager to start a new one,” she said.

One of Seelie’s wishes was to visit the 9/11 memorial in New York City to pay his respects to the victims of that tragedy. Cahill, with the help of the Denis V. Cooper Foundation, was able to get his friend to New York City.

He also commissioned a painting from Kopke to commemorate the occasion. She drew an oil painting of Seelie overlooking Ground Zero.

Cahill and Kopke accompanied the Pearl Harbor veteran to Ground Zero and watched as members of the military and police force welcomed him at a special ceremony in the Ground Zero Museum. Her painting was one of the highlights of the ceremony.

“Everywhere we went people wanted to shake his hand and thank him for his service,” Kopke said.

Wearing his Pearl Harbor hat and commemorative shirt, Seelie was given an American flag that flew over that sacred ground, and later laid a Hawaiian lei on a section of the memorial. Later that day, she accompanied the veteran to the famed Firehouse 10 across from the World Trade Center, where Seelie was given a hero’s welcome.

For Kopke, sharing these moments with Seelie will forever be a highlight of her young life, especially since months after the visit to New York, Seelie got sick and was hospitalized.

He passed away last Aug. 11, but not before he made sure that his legacy would endure. He left his Pearl Harbor hat for Kopke, wrapped in a white ribbon.

“He told people I had to keep his hat because I represented the younger generation and as long as I was around I could keep his memory alive.”