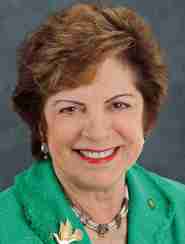 FT. LAUDERDALE, Fla. – According to the Florida Immigrant Coalition, immigrant communities are living under fear because of the aggressive anti-immigrant policies and blatantly racist rhetoric stemming from the Trump administration.

Michelle Bart, a DACA recipient said, “When my boyfriend and I were held at gunpoint, I called the police and when they arrived they asked me for my identification. Had I not had DACA, I could have easily been detained for being the victim of a violent crime. I literally fear the police.”

Monica Lazaro, another DACA recipient added, “It was a humbling experience to discuss the fears and concerns of nearly 800,000 DACA recipients. We must hold our elected officials accountable, and they must do everything in their power to ensure DACA and TPS are protected. I’m a DACA recipient currently working as a research associate studying chronic fatigue syndrome. I contribute to our community through my hard-earned tax dollars and my desire to improve our public health through my professional work.”

“I think last night’s event was very impactful. Elected officials need to hear the stories of real people in the community who are directly impacted by the current anti-immigrant climate. We need to broaden the conversation around immigration so the public understands how people like me, who are benefitting from TPS have so much to lose if it is taken away,” said Farah Larrieux, a TPS recipient.

Karla De Anda, a board member of FLIC, also thought the meeting was beneficial.

“Last night (was) a unique opportunity for us as a community to share our stories; no one in the room could ignore the pain and the uncertainty of Dreamers and TPS recipients. As someone who has worked directly with victims of domestic violence and human trafficking, it is critical that law enforcement agencies be trained to recognize the signs and treat domestic workers as victims of a crime.”