Tag team MLKCC and pro wrestling a match in WPB 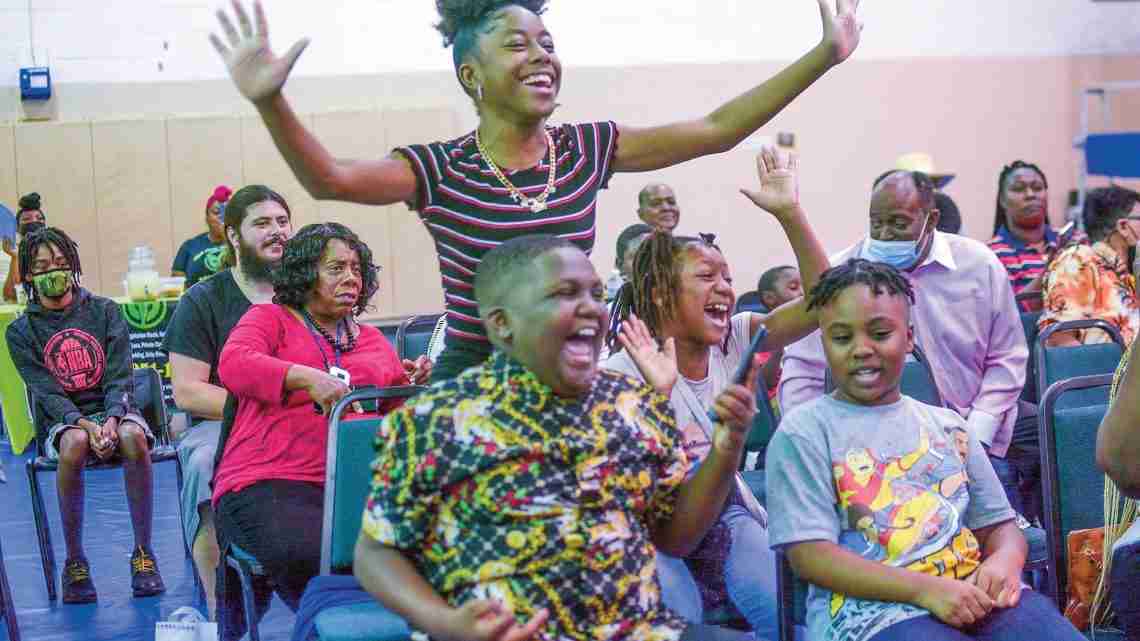 West Palm Beach, Fla. – It was real pro wrestling – the trash talking, the throw downs, the taunting of the audience, and the crowd teasing back.

It was reminiscent of bygone days when the likes of Dusty Rhodes took to the stage at the former West Palm Beach Auditorium.

“To see real, live professional wrestlers jump into the ring, it was really special,” added Powell, who helped galvanize the event. “And though some may criticize and say it’s violent – it was like watching an action picture show,” he said. “I’ve had the opportunity to be involved with pro wrestling so we brought it back.”

FOR GRADUATING SENIORS Edith Bush, executive director of the host Martin Luther King Coordinating Committee (MLKCC), said it was wonderful to hold such an event to beneﬁt local youth who participate in the organization’s array of programs.

This round took place Saturday in West Palm Beach’s historic Northwest community, minutes from downtown to the east and the inner city on the west.

Cars overflowed in the parking lot at the Salvation Army Northwest Community Center where the spectacular was held. The young, old and in-between filed into the center’s gymnasium where the ring was set up.

Newly elected state Rep. Jervonte Edmonds, a co-sponsor, described it as “creating an opportunity for children by bringing a unique event to this community. And to have the proceeds to go toward scholarships is a huge win-win.” He said he “wanted to support the MLK Committee and because we’ve been in covid for two years, now we can bring

The entertainment didn’t disappoint as the pros took to the stage in all their bravado and flashy outfits. State Sen. Bobby Powell, Jr., the ringmaster, was ribbed and taunted by a few wrestlers here and there, and retorted in kind. It was a night of pure fun, and all for a worthy cause, he said.

“This was excellent for the community to have this come in the people’s very own community,” said the senator.

out the whole community.”

In addition to beneﬁting the local community, Edmonds said, the event was dynamic. “I absolutely loved it! I was thoroughly entertained. And seeing the kids jumping up and down and excited really made me happy.”

Bush credited pro wrestler Anthawnee McDowell along with Powell for the idea. “The two of them collaborated and it was a great success,” she said.

“It was awesome, so exciting, and the people are asking for more. We will deﬁnitely bring it back!” Visit mlkccpbc.org.