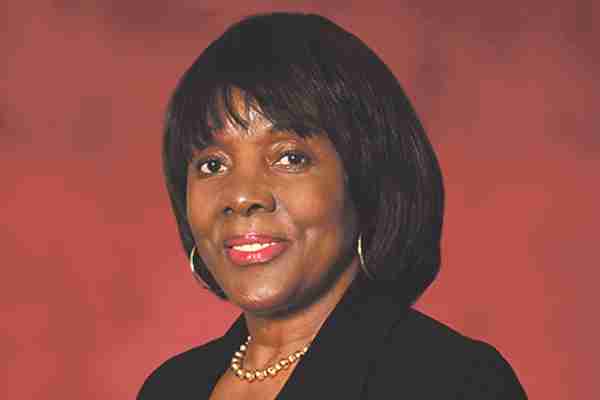 By DAPHNE TAYLOR Special to South Florida Times BELLE GLADE — West Technical Educational Center is back in business after being closed for 16 years, during which time students were expected to take courses at Palm Beach State College’s Belle Glade Campus. But the plan didn’t work out as expected and, with the help of some key individuals, West Tech, as the school is known, is open again and ready to prepare students for much-needed jobs. Twenty students graduated on June 24 from the school’s Pre-Apprenticeship Program in which the School District of Palm Beach County partnered with Florida Training Services to provide construction trades certification from the Florida Department of Education. The program offers a multi-trade curriculum, including plumbing, HVAC (heating, ventilation, air conditioning), carpentry and electrical work. School Board Member Marcia Andrews, whose District 6 includes Belle Glade, pushed to get West Tech re-opened. “It closed because it was the hope that students would go to Palm Beach State College for such classes. But it never took root. Unemployment went up and kids were on the street,” Andrews said in a telephone interview. With the help of state Sen. Joseph Abruzzo, D-Wellington, Gov. Rick Scott signed off on state funding of $426,000 for the reopening of West Tech. Also, according to Andrews, the Howard E. Hill Foundation of Belle Glade also donated $150, 000. “We got it back open and our goal is to keep it open. It was a mistake in closing it,” said Andrews. Joseph Lee, assistant superintendent for the Division of Educational Alternatives and Interventions, said the school district saw a need to reopen the school. “We recognized there were people in need of skills to go back to work. We thought this was a viable avenue for students who are no longer in the comprehensive school setting, for those who are in need of getting back into the workforce. Here, they can receive a trade,” Lee said. The Pre-Apprenticeship Program is geared toward at-risk high school students, high school seniors and adults. It provides them an opportunity to acquire skills they can use for the rest of their lives. “This absolutely means more jobs,” Andrews said. “There’s going to be a lot of development out there and we need to use local talent.” Amanda McGinley, administrative assistant at Florida Training Services, said construction jobs are opening up in Belle Glade and contractors have said they cannot find qualified local residents to fill them. “There are jobs coming up in construction but [contractors] don’t have time to train them. That’s what we do. The Pre-Apprenticeship Program is only eight months, then they apply for Apprenticeship Trade School, where they immediately start working on construction sites,” McGinley said. Half of the 20 students who graduated from West Tech in June have found jobs on construction sites, she said. Some have applied to the Apprenticeship Trade School, a special program that allows them to work and go to school. Andrews said the reopening of West Tech is good for the local economy. “When you start talking about people having money to take care of their families, it’s good for the economy. It’s a wonderful thing,” she said. Lee agrees. “It means a lot to the Glades community,” he said. “It’s no secret that there’s a lack of places to be employed. Here, we are providing an opportunity for individuals to provide for their families.” McGinley said applications are being accepted for the next Pre-Apprenticeship Program class which will likely start in October. Tuition cost is $90 and financial aid is available for those who qualify, she said. Classes are held from 6 to 9:30 p.m. two days a week, Mondays and Wednesdays or Tuesdays and Thursdays. Upon successful completion of the program, students may apply for admission to the Apprenticeship Trade School, where tuition is free and where they immediately start working. For more information on the West Tech Pre-Apprenticeship Program, call Amanda McGinley at 561-996-4900 or email amanda.mcginley@fltrainingservices.com.