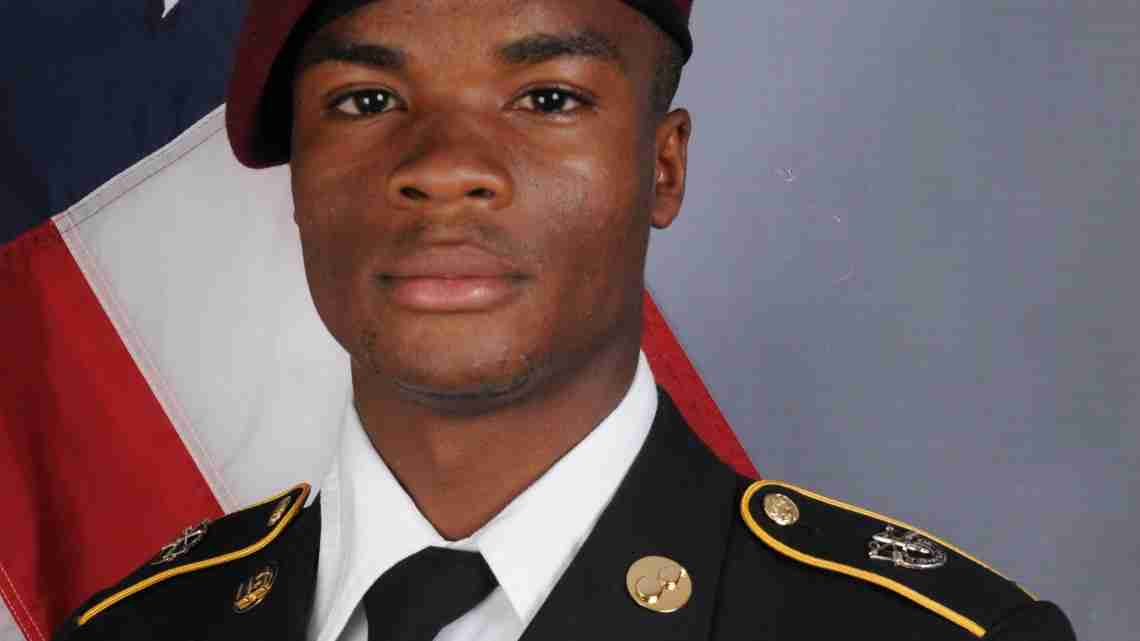 MIAMI GARDENS, Fla. – The death of St. La David Johnson leaves his young wife and mother of their two children grieving after he was killed in Niger during an ambush that also took the lives of three other members of the 3rd Special Forces Group, stationed in Fort Bragg, North Carolina.

Adding to the grief surrounding the 25-year old Miami Gardens man’s death are insensitive remarks allegedly made to his widow by the president of the United States.

Myeshia Johnson, pregnant with the couple’s third child, was with family, Congresswoman Frederica Wilson and others en route to the airport on Oct. 17, where her husband’s body was scheduled to arrive, when she took a call from President Donald Trump.

Pictured Below: Johnson’s widow Myeshia hugs his casket as their daughter looks on. 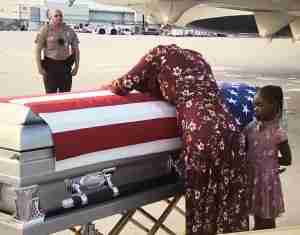 According to Wilson, Trump told Johnson’s widow that “he knew what he signed up for … but when it happens it hurts anyway,” during a telephone call she said was heard by the car’s occupants as it occurred while on speakerphone.

After Wilson made the president’s comments public, he took to Twitter the following morning to call her a liar. Trump said Wilson, who represents Miami Gardens, “totally fabricated what I said to the wife of a soldier who died in action,” he tweeted. “Sad!” He also claimed to have proof of the conversation.

Wilson told CNN that other people in the car, including the driver, Wilson’s press person, the master sergeant and the widow’s aunt and uncle had also heard the conversation.

Twitter was in an uproar regarding the president’s remarks, with the hashtag “He Knew What He Signed Up For,” trending throughout yesterday.

Film director Rob Reiner tweeted: “The sociopath strikes again. Tells grieving widow her husband knew what he signed up for. DT is simply a disgusting human being.”

MSNBC anchor, Joy Reid, tweeted: “What kind of a person says this to the wife of a dead soldier? What breeds this kind of heartlessness and cruelty?”

Christopher Zullo tweeted: “If you’re not outraged about Donald Trump’s “he knew what he signed up for” commentary, you’re part of the problem.”

Samuel Sinyangwe tweeted: “Imagine being so racist you think a black man kneeling is more disrespectful than telling a soldier’s widow: “He knew what he signed up for.”’

The soldier’s mother, Cowanda Jones-Johnson, corroborated Wilson’s account of the call. She told The Washington Post that she was also present in the car when the call took place.

“President Trump did disrespect my son and my daughter and also me and my husband,” she told the Post.

In response to Trump’s allegations against the congresswoman, Charles Clymer tweeted:

“There is not a reasonable adult in this country who believes Rep. Frederica Wilson is lying about Trump’s remarks.”

“As a graduate of Miami Carol City Senior High School in Miami Gardens and a proud product of District 1, we remain grateful for and proud of his service to our country and his positive representation of our community as a loving father, son, brother, classmate and friend. He embodies the strength of character, commitment, compassion and courage we seek to instill in all of our students, especially our young Black males,” Gallon said in a written statement.

The highly decorated soldier trained as an auto mechanic at ATI Career Training School before enrolling in the Army as a lightwheeled vehicle mechanic in 2014. His military accolades include the Army Achievement Medal; the Army Good Conduct Medal; the Global War on Terrorism Medal; the Army Service Ribbon; the Army Parachutist Badge; the Army Air Assault Badge; the Driver and Mechanic Badge; and the Marksmanship Qualification Badge – Sharpshooter with Rifle. He also received Canadian Parachutist Wings after participating in operations with the Canadian Armed Forces.

Gallon said, “Sargent Johnson made the ultimate sacrifice for this nation and any and all … comments must honor this and the legacy he leaves behind. Anything on the contrary would be irresponsible, reprehensible and un-American no matter who utters it.” 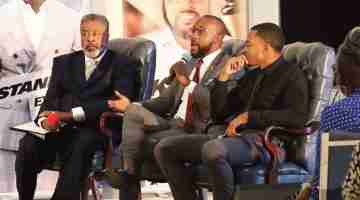