Marijuana Possession Is a Crime That’s Forgiven in Some Cases 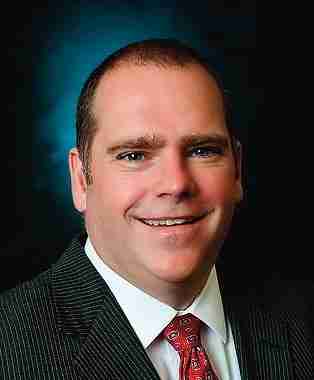 While possession of marijuana is s琀ll a crime in Florida, geng caught with it does not necessarily lead to arrest and criminal pros­ ecu琀on in some ci琀es and coun琀es. Circum­ stances have a lot to do with how legal jurisdic琀ons handle marijuana cases, with incarcera琀on a likely avoidable outcome for many oﬀenders caught with less than 20 grams.

As State A琀orney Jack Campbell explains, the charge for marijuana possession ranges from a misdemeanor to a felony depending on the amount and what a person intends to do with it. For example, possessing less than 20 grams of pot is a misdemeanor punishable by up to a year behind bars and a ﬁne, though there are resources available to keep oﬀenders out of jail and wipe their slates clean. Possession cases involving larger amounts of marijuana and sus­ pected criminal intent to distribute it that could lead to convic琀ons, prison sentences, and he昀y ﬁnes.

Mr. Campbell represents Florida’s 2nd Judi­ cial Circuit, a jurisdic琀on that encompasses six North Florida coun琀es — Franklin, Gads­ den, Jeﬀerson, Leon, Liberty, and Wakulla. Leon, in which Tallahassee is located, is the most populated county his oﬃce oversees. Law enforcement oﬃcers, he says, have dis­ cre琀on in determining how someone pos­ sessing less than 20 grams of marijuana is processed through the jus琀ce system. An oﬃcer “can either arrest you or issue you what’s called ‘a no琀ce to appear,’ which has the same legal eﬀect, but you don’t go to jail. Or he can write a report called a pre­arrest diversion, where he would refer that case to our oﬃce. That way you don’t have a crim­ inal arrest on your record,” says Mr. Camp­ bell.

Of the thousands of legal cases his oﬃce handled last year, he says only 82 were for marijuana crimes, and most of them were sent to a diversion program that oﬀers low­ level oﬀenders a second chance. “They sign a contract, pay the cost of pros­ ecu琀on, and for us to supervise them; our prosecutors will some琀mes require them to go get a substance abuse evalua琀on,” Mr. Campbell says. “We always make them do some community service, and if they don’t get into more trouble. . . in usually three to six months, we will drop the case. That al­ lows them to not have the las琀ng s琀gma of having either an arrest or a convic琀on on their record.”

In some cases involving more than 20 grams of pot, a felony, Mr. Campbell says oﬀenders may be able to plead down to a misde­ meanor or go to “drug court.”

Like the diversion program, drug court (which usually takes 12­18 months to com­ plete) sets rules that must be followed, such as taking urine tests, undergoing counseling, and appearing in court for status checks, says Shannon Cash­Russell, director of Criminal Courts with the Leon County Clerk of the Circuit Court & Comptroller.

“Once all those condi琀ons have been com­ pleted and they have paid a $95 monthly fee, which covers all the services, the state will go ahead and approve dismissing the charges, and we’ll get an order of dismissal,” says Ms. Cash­Russell.

Repeat marijuana oﬀenders usually do not qualify for the more lenient op琀ons and wind up on either proba琀on or in jail, but they jected to a three­ strikes law that would require more severe terms of punishment.

Interes琀ngly, some­ one serving proba­ 琀on, regardless of the crime, may s琀ll be able to use medical marijuana in Florida, according to Anthony Washington, supervi­ sor of Proba琀on with Leon County Govern­ment.

“If you have a valid medical marijuana card and you keep that card valid, we will s琀ll test you, but we will excuse you for the medical marijuana piece,” he says, referring to pro­ ba琀oners who are drug tested.

But, Campbell adds, medical marijuana use is prohibited during periods of incar­ ceration.

The state a琀orney believes Florida will someday legalize adult use marijuana, but he is concerned there will be unintended consequences from such a move. “The greatest concern I see with legaliza琀on is on traﬃc safety. That’s what we’re hearing and seeing from the states that have gone legal; that you’re seeing a spike in traﬃc homicides," he says.

Washington oﬀers a diﬀerent perspec琀ve on legaliza琀on, saying, “I just hope that, if we are going to take that route, that we spe­ ciﬁcally increase programs like FAMU’s Medical Marijuana Educa琀on and Research Ini琀a琀ve [MMERI] and we do more research to see what the economic eﬀects, social ef­ fects, as well as the eﬀects on some minor­ i琀es are.”