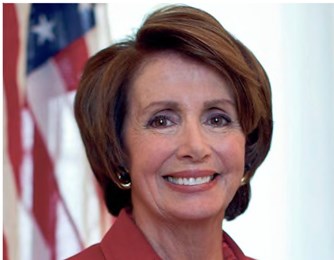 The Speaker of the House wants to change how Medicare pays for drugs. She believes that once the FDA approves a new treatment, government-appointed “independent” arbitrators should determine a fair price for these medicines.

That’d be a big change. Right now, for drugs picked up at the pharmacy, private insurers who sponsor Medicare plans negotiate directly with drug manufacturers. For advanced medicines, Medicare reimburses providers based on the average, market-based sales price.

But arbitration wouldn’t be a fair fight. The government would control every aspect of the process, hand-picking the arbitrator and setting the rules of engagement. Arbitrators would inevitably side with the government and dictate artificially low prices. And research companies would have no way to appeal the government’s decision.

If this sounds like price controls, that’s because it is. This system would slow the pace of drug development and keep lifesaving therapies away from sick Americans.

That’s where the new proposal comes in. If the two parties reach an impasse, government officials could trigger arbitration. The drug maker and Medicare officials would each make the case for their prices to a third party. After considering both sides, the arbitrator would set the drug’s price — the decision would be legally binding.

Arbitration would throw the drug development process into disarray.

It costs billions of dollars to develop one new medicine. The process, which can take more than a decade, is rife with failure. Less than 12 percent of drugs in phase I clinical trials gain FDA approval. Drug manufacturers take this huge risk because a successful product can generate enough revenue to cover the costs of all their projects.

If the government can indirectly impose price controls through handpicked, biased arbitrators, companies would have little reason to gamble on risky research projects. Investment capital would flow away towards safer industries. Patients would be robbed of potential cures.

Just look at the Independent Payment Advisory Board, a 15-person panel created by the Affordable Care Act to reign in Medicare spending. IPAB was given power to unilaterally cut Medicare payments — and make certain treatments inaccessible to patients — if spending grew too quickly.

The public pushed back against this “death panel.” Congress repealed IPAB in 2018 with bipartisan support.