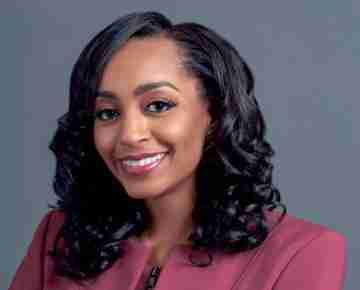 (Black PR Wire) – Jackson State University (JSU) alumna Melva Williams, Ph.D., has been appointed seventh president and chief executive officer of Huston-Tillotson University (HT), becoming only the second woman to serve in this capacity since the university’s inception in 1875.

“I am honored and energized to serve as HT’s second female president,” Williams said. “The trust of the Board of Trustees and the HT Presidential Search Committee is very much appreciated, and I look forward to advancing an aggressive agenda that will ensure HT’s continued success.”

Williams has nearly 20 years in higher education with numerous accolades, including being named Top Professional of the Year by the Shreveport Chamber of Commerce and receiving the 2018 ATHENA award. Williams is also a graduate of JSU’s Executive Ph.D. Program.

“Through its mission, the EPh.D program at Jackson State University enjoys a rich history of preparing current and future leaders for senior level administrative positions in higher education institutions,” said Walter Brown, Ph.D., executive director of the program. “Dr. Williams is a glowing example of our mission, and we wish her much success.”

William’s commitment to higher education is reflected in her cofounding of the Higher Education Leadership Foundation (HELF). The foundation touts itself as a provider of bold, engaging, and innovative learning and mentoring opportunities for current and aspiring leaders of HBCUs.

The vision for HELF was developed in 2006 while Williams and two other classmates were enrolled at JSU. Together, they established the foundation with the goal of creating transformational leadership vs. transactional. To date, HELF has trained over 400 HBCU leaders across the country.

Prior to her arrival at HT, Williams served in several leadership capacities within higher education, including her most recent tenure as vice chancellor for Student Affairs and Enrollment Management at Southern University. While at Southern Shreveport, Williams achieved record-breaking enrollment rates, increased retention, and assisted with curating and developing three new campus buildings.

In a press conference following her appointment, Williams outlined her strategic goals for the university, which included creating community streamlines between the administration and the HT community to create a plan that encompasses all needs and expectations of the people, building partnerships with local industries, creating pipeline access to STEM programs and resources, as well as expanding fundraising initiatives, so the campus has enough resources to support students, staff and faculty.

“My goal is to really connect with the faculty, with the staff, with the students to create a shared vision that will be our vision going forward,” Williams said.