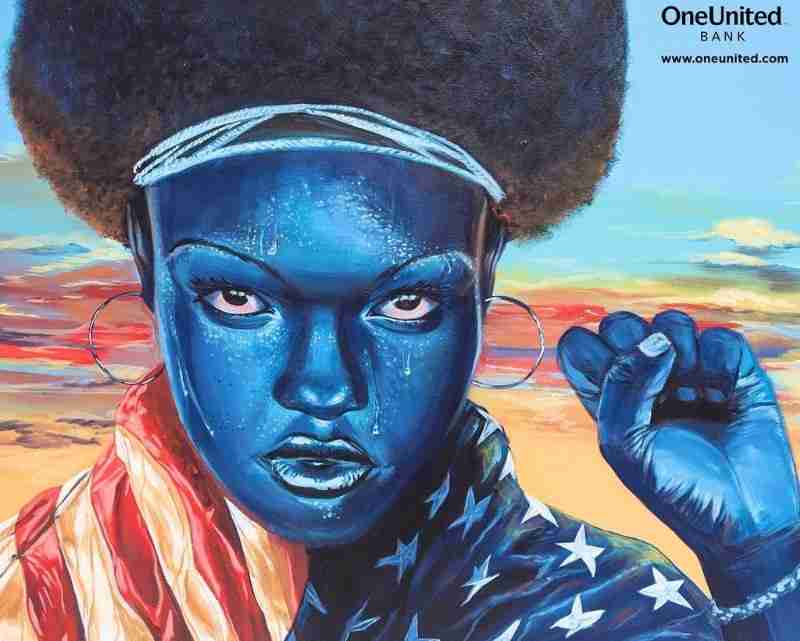 BOSTON/PRNewswire – OneUnited Bank, the largest black owned bank in America and the first black internet bank, is launching the national #BankBlack Challenge, designed to harness the economic power of the black community focused on one clear financial message that #BlackMoneyMatters.

The challenge: Participate in the #BankBlack Challenge by opening a OneUnited Bank $100 UNITY Savings account online from anywhere in America at www.oneunited.com/bankblackchallenge and challenging 20 friends to the same.

In recent we-eks America’s black community has galvanized via social media, Black media and word of mouth, answering the call for a show of economic force by moving their money from traditional banks to black owned banks.

The #BankBl-ack movement intensified on July 8 when Rapper Killer Mike, during a town hall meeting on BET and MTV, implored the black community to deploy a portion of its financial resources to make a tangible difference.

Other celebrities such as Solange, Jessie Williams, Alicia Keys, Beyonce, Queen Latifah and more have joined the conversation urging African Americans to move their money to black owned banks. Among them, OneUnited has reported a sharp influx in web traffic and new accounts, with over $3 million deposited since the call to action.

“If 1 million people opened a $100 savings account in a black owned bank, we would move $100 million! That’s real economic power,” said Teri Williams, president & COO of OneUnited Bank. “It is critical for the black community to utilize our $1.2 trillion in annual spending power to create jobs and build wealth in our community.”

OneUnited Bank is encouraging the black community to move their money and extend the life of the black dollar. For over two decades, OneUnited Bank, with locations in Los Angeles, Miami and Boston and its ability to open accounts online nationwide, has been steeped in the financial literacy movement. Studies show black dollars leave the black community after six hours, as compared to 28 days in the Asian American community.

Williams’ institution and others are leading the movement to intelligently invest in the black community and create generational wealth.   Advocates note that banking with black owned banks results in better circulation of black dollars, creates more jobs for the black community, provides mortgage and small business loans for black borrowers, educates the urban community on financial literacy, and harnesses the power of the black dollar.

To participate in the #BankBlack Challenge from anywhere in America go to www.oneunited.com/bankblackchallenge, or any other black owned bank, open a $100 new savings account, and challenge 20 friends to do the same.

Previous post Nonprofits can be bridge to unite all our communities