At least 3 judges being eyed to replace retiring Justice Breyer 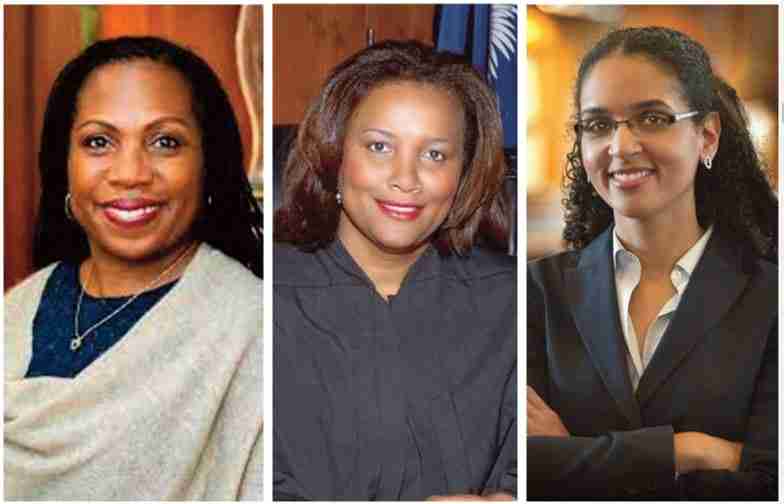 Washington (AP) — President Joe Biden is eyeing at least three judges as potential Supreme Court nominees who would fulﬁll his campaign pledge to nominate the ﬁrst Black woman to the nation’s highest court, according to aides and allies.

With Justice Stephen Breyer planning to retire, early discussions about a successor are focusing on U.S. Circuit Judge Ketanji Brown Jackson, U.S. District Judge J. Michelle Childs and California Supreme Court Justice Leondra Kruger, according to four people familiar with the matter who spoke on condition of anonymity to discuss White House deliberations. Jackson and Krueger have long been seen as possible nominees.

Since Biden took ofﬁce in January 2021, he has installed ﬁve Black women on federal appeals courts, with three more nominations pending before the Senate. Another Supreme Court candidate could come from among that group, Biden aides and allies said. Almost all of the recent Supreme Court nominees have been federal appeals judges.

By the end of his ﬁrst, Biden had won conﬁrmation of 40 judges, the most since President Ronald Reagan. Of those, 80% are women and 53% are people of color, according to the White House.

Jackson, 51, was nominated by President Barack Obama to be a district court judge. Biden elevated her to the U.S. Court of Appeals for the District of Columbia Circuit. Early in her career, she was also a law clerk for Breyer. Childs. a federal judge in South Carolina, has been nominated but not yet conﬁrmed to serve on the same circuit court. She is a favorite among some high-proﬁle lawmakers, including Rep. James Clyburn, D-S.C., and has received Republican support.

Kruger, a graduate of Harvard and Yale’s law school, was a Supreme Court clerk and has argued a dozen cases before the justices as a lawyer for the federal government. Breyer, 83, will retire at the end of the summer, according to two sources who conﬁrmed the news to The Associated Press on Wednesday. They spoke on condition of anonymity so as not to preempt Breyer’s formal announcement.

“Every justice should have an opportunity to decide what he or she is going to do and announce it on their own,” Biden said. “There has been no announcement from Justice Breyer. Let him make whatever statement he’s going to make and I’ll be happy to talk about it later.”

The Senate can conﬁrm a successor before there is a formal vacancy.