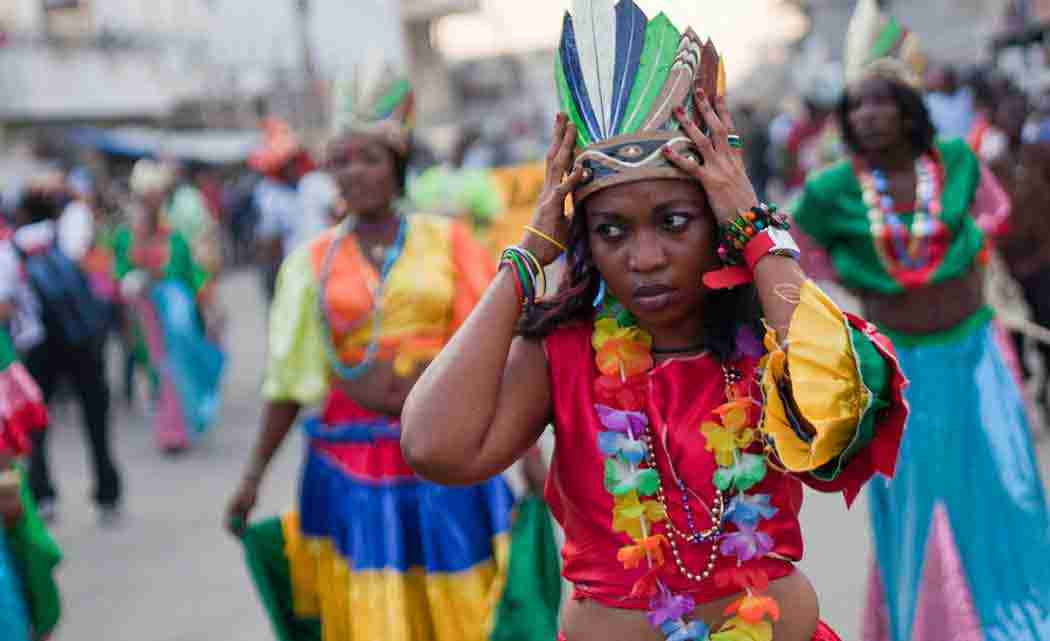 PORT-AU-PRINCE, Haiti — At least 20 people were killed early Tuesday in the Haitian capital after a man on top of a musical group’s Carnival float was electrocuted, setting off a panic in which dozens of people were trampled, witnesses and officials said.

The accident occurred as thousands of people filled the streets of downtown Port-au-Prince for the raucous annual celebration. Video from the scene shows sparks coursing from the wire after a singer from the Haitian hip-hop group Barikad Crew was touched by an overhead power line as the float passed beneath it. The wire appeared to have electrocuted several others as well.

There were conflicting reports on the number of casualties. Nadia Lochard, a coordinator for the Department of Civil Protection, said at least 20 people were killed and 46 were injured. Radio station Zenith-FM quoted a doctor as saying that the singer, known by the stage name Fantom, was expected to survive.

Dr. Joel Desire, a doctor at General Hospital, said most of those killed appeared to have been trampled to death as the crowd surged away from the Carnival float.

The Barikad Crew float was one of 16 in the downtown Carnival parade. Witnesses said panic ensued when people jumped off the float to avoid being electrocuted.

“I saw the wire falling and sparks and I started running for my life,” said Natacha Saint Fleur, a 22-year-old who was near the float at the time.

Video from the scene shows Haitian ambulance crews racing through the crowds with victims on stretchers. Hundreds of people thronged the General Hospital, where many of the victims were taken.

Haitian officials were expected to announce later Tuesday whether they would cancel a second day of Carnival events. Communications Minister Rothchild Francis said the government was working to assist victims. First lady Sophia Martelly visited some of the injured at the General Hospital but left without speaking to reporters.

It is a common practice in Haiti and elsewhere to have someone positioned atop a parade float to move low-hanging power lines. In Brazil, officials said three people were killed early Tuesday when they were electrocuted while standing atop a Carnival float that hit a power line on the outskirts of Rio de Janeiro.