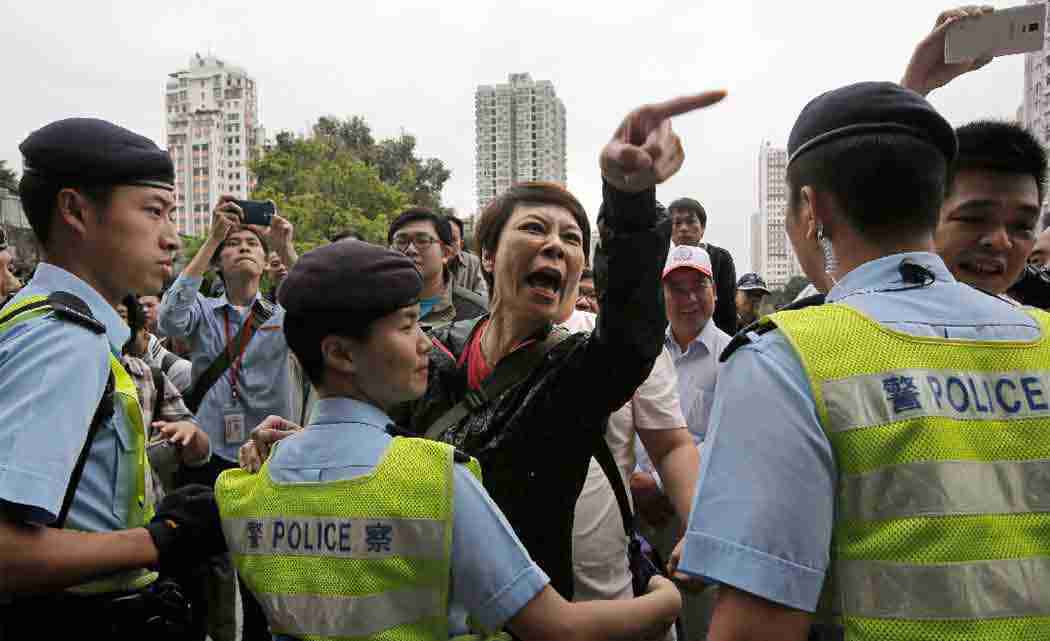 The unruly demonstration was the latest to target the influx of mainland shoppers to Hong Kong, where many blame their voracious buying habits for distorting the local economy.

Two activist groups and their supporters marched through the suburban district of Yuen Long, where there are dozens of pharmacies selling baby formula to cater to mainland shoppers.

Scuffles broke out after crowds of village residents opposed to the protest taunted the demonstrators along the route.

Many shopkeepers rolled down their storefront shutters ahead of the protest and few mainland Chinese visitors were seen on the streets.

There have been at least two other shopping protests in Hong Kong’s suburban towns this year, including one last month inside a shopping mall.

Cosmetics, medicine and luxury goods are also popular purchases for mainland Chinese shoppers because Hong Kong’s lack of sales tax makes them cheaper and the city has a reputation for authenticity. The goods are brought over the border and are often sold for a profit in what’s known as parallel trading.