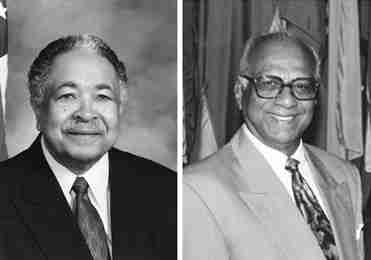 Washington has traditionally pursued a relatively hands-off policy towards the region, in deference to the British, the former colonial overlords, pointing up a contradiction in our international relations in which we have been pouring hundreds of billions of dollars into hot spots but very little aid for stable nations. Some wags in the Caribbean have been known to say that it would be better to stage a few coups just to get Washington’s attention.

One initiative, started in 1976, the Caribbean and Central American Action (CCAA), held its 40th anniversary conference in Coral Gables this November. Another effort, the Caribbean Basin Initiative of 1983, offered tariff and trade preferences. Both sparked high hopes in the English-speaking Caribbean for better economic relations with the United States, but did little to advance the development of this part of the world where the American profile surpassed that of Britain long ago.

The late California Congressman Mervyn M. Dymally, a native of Trinidad and Tobago, pushed in the 1980s for just such greater involvement. His efforts brought him at least once to the Miami area to meet with members of the diaspora. But, again, not much came from his efforts.

This latest grouping is still alive and continues to seek ways to marry political unity and trade and economic linkages. But it, too, has not garnered much attention from Washington, except as pawns in the “Cold War” confrontation between the then Soviet Union and former European colonial powers and the U.S. More recently, Europe and the U.S. have embarked on a never-ending “war against terror” that leaves little space for Caribbean concerns.

This neglect has left a vacuum of sorts in the region and China has been eager to offer itself as an international partner, especially in Guyana, capitalizing on a leadership rift that saw Guyanese leader Cheddi Jagan ally himself with the then Soviet Union and, later, Cuba, and his political rival Forbes Burnham adopting a “nonaligned” philosophy that the Chinese found attractive.

China built a textile mill in Guyana in the 1970s – even though the country never had a cotton industry. China is now likely to build a bridge across the Corentyne River to link Guyana and Surinam to the east.

Obama missed a great opportunity to showcase this part of the world as an example of what stability means. He has visited the region at least twice, so he did not totally ignore it; but with him leaving office in weeks, the fate of the new legislation is unknown. There is no reason to believe that U.S.-Anglophone Caribbean relations will shift into high gear under the incoming Trump administration. There is no indication that either President-elect Donald Trump or his proposed federal appointees have any strong affinity towards the region.

Whether anything happens could depend on the reaction of African Americans and the nearly two million members of the English-speaking Caribbean diaspora. They can still become the vanguard in the awakening towards the benefits of much more robust relations.

While a small handful of activist Cuban Americans in Congress, playing on anti- Castro sentiments, succeeded in making Cuba central to our policy towards the region, African Americans and Caribbean Americans have so far been less than enthusiastic in trying to shift the focus to the English-speaking part of the area. The legislation Obama has signed offers an opportunity to change that dynamic.

At another level, it is also way past time for African Americans and Caribbean Americans to vigorously pursue the many opportunities available for trade and investment ties to the area. It will be worth the while