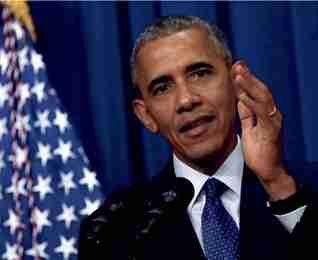 By SHARON COHEN and DEEPTI HAJELA

CHICAGO – He entered the White House a living symbol, breaking a color line that stood for 220 years.

Barack Obama took office, and race immediately became a focal point in a way that was unprecedented in American history. No matter his accomplishments, he seemed destined to be remembered foremost as the first black man to lead the world’s most powerful nation.

But eight years later, Obama’s racial legacy is as complicated as the president himself. To some, his election was a step toward realizing the dream of a post-racial society. African-Americans, along with Latinos and Asians, voted for him in record numbers in 2008, flush with expectations that he’d deliver on his message of hope and change.

Some say he did, ushering in criminal justice reforms that helped minorities, protecting hundreds of thousands of immigrants from deportation, pushing an expansion of health care that provided insurance for millions of African-Americans and Hispanics, and making racially diverse appointments, including the first two black attorneys general. These supporters celebrate his family as a sterling symbol of black success.

But Obama also frustrated some who believe he didn’t speak out quickly or forcefully enough on race or push aggressively enough for immigration reform.

That fracture came amid mounting tensions and protests over police shootings of African-Americans in several cities and the emergence of the Black Lives Matter movement.

Perhaps most strikingly, the president’s successor, Donald Trump, is seen by many as the antithesis of a colorblind society, a one-time leader of the “birther” movement that spread the falsehood that Obama was born in Africa. Trump’s strong reliance on white voters was in sharp contrast to the multiracial coalition that gave Obama his two victories.

“President Obama represents the face of the future – multicultural America. Donald Trump represents the old racial order of the black-white divide,” says Fredrick Cornelius Harris, director of the Center on African American Politics and Society at Columbia University. “And for the next decades to come, there will be a battle between those two viewpoints of what America is.”

For many, Obama’s mere presence in the Oval Office mattered more than his policies.

“If he never did anything else for African-Americans, just the fact that he occupies the White House, it lets us see ourselves in a different light. The sky is the limit,” says Loretta Augustine-Herron, who worked with Obama in the 1980s when he was a community organizer in Chicago.

While black supporters appreciated Obama’s history-making turn, they also applauded how he calmly handled the many indignities he faced as the first black president: the “birther” movement, racial slurs, photos depicting him as an African witch doctor, the Southern congressman who yelled “You lie!” during his health care address.

“One of the sayings we have down in Alabama is when you wrestle with a pig, the pig enjoys it and you’re the one that gets muddy,” says Glennon Threatt, an assistant federal public defender in Birmingham, Alabama. “The president has not gotten in the mud.”

Obama, though, wasn’t just a symbol. Historians will judge how minorities, among others, were affected by his agenda.

The president’s signature piece of legislation, the Affordable Care Act, led to health care coverage for some 20 million Americans, including about 4 million Hispanics and 3 million African-Americans, according to federal statistics. Trump has vowed to repeal and replace it. On criminal justice, Obama commuted the sentences of nearly 1,200 federal inmates, almost all of whom were incarcerated for nonviolent drug crimes.

The Justice Department, under Eric Holder and Loretta Lynch, also focused on civil rights violations in law enforcement, leading to agreements with 18 agencies that resulted in reforms. And Obama nominated Sonia Sotomayor, the first Latina on the U.S. Supreme Court.

There have been disappointments, as well.

The House refused to consider immigration reform, and so Obama used his executive power to temporarily halt the deportation of 1.5 million people brought here illegally as children. A lawsuit prevented him from expanding that to others. Race, inevitably, has been a constant in Obama’s presidency.

Some white critics accused the president of taking sides when he said Trayvon Martin, the black teen killed by a neighborhood watch volunteer, could have been his son. Some black activists insist Obama should have been more outspoken in denouncing police killings of African-Americans.

“What’s really disappointing and frustrating,” she says “is that it essentially assumes that there is an even and level playing field between black communities and law enforcement.”

Harris, the Columbia professor, says there’s no simple Obama narrative. Though the 2016 vote totals were partly a repudiation of the president, he also notes Obama’s approval ratings have been strong as he leaves office.

“He was a hero to the African-American community,” he says. “He demonstrated leadership when there was a lot of opposition. He stood his ground, stayed the course … and people saw him as being above the fray. That will be the lasting legacy of Obama.”