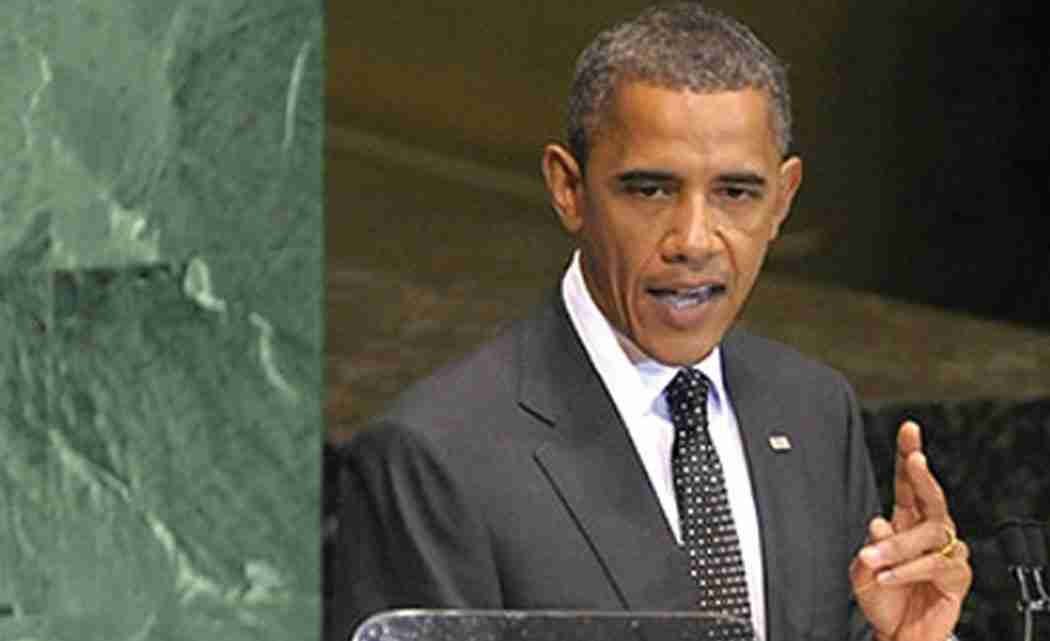 By GEORGE JAHN and MATTHEW LEE

VIENNA — After long, fractious negotiations, world powers and Iran struck a historic deal Tuesday to curb Iran’s nuclear program in exchange for billions of dollars in relief from international sanctions — an agreement aimed at averting the threat of a nuclear-armed Iran and another U.S. military intervention in the Middle East.

The accord marks a dramatic break from decades of animosity between the United States and Iran, countries that alternatively call each other the “leading state sponsor of terrorism” and “the Great Satan.”

“This deal offers an opportunity to move in a new direction,” President Barack Obama said in early morning remarks from the White House that were carried live on Iranian state television. “We should seize it.”

In Tehran, Iranian President Hassan Rouhani said “a new chapter” has begun in his nation’s relations with the world. He maintained that Iran had never sought to build a bomb, an assertion the U.S. and its partners have long disputed.

Beyond the hopeful proclamations from the U.S., Iran and other parties to the talks, there is deep skepticism of the deal among U.S. lawmakers and Iranian hardliners. Obama’s most pressing task will be holding off efforts by Congress to levy new sanctions on Iran or block his ability to suspend existing ones.

Sunni Arab rivals of Shiite Iran have also expressed concern over the deal. And Israel, which sees Iran as an existential threat, strongly opposes leaving the Islamic republic with nuclear infrastructure in place.

Israeli Prime Minister Benjamin Netanyahu, who has furiously lobbied against a deal, called the agreement a “bad mistake of historic proportions.”

The nearly 100-page accord announced Tuesday aims to keep Iran from producing enough material for an atomic weapon for at least 10 years and impose new provisions for inspections of Iranian facilities, including military sites.

The deal was finalized after more than two weeks of furious diplomacy in Vienna. Negotiators blew through three self-imposed deadlines, with top American and Iranian diplomats both threatening at points to walk away from the talks.

Secretary of State John Kerry, who did most of the bargaining with Iranian Foreign Minister Mohammad Javad Zarif, said persistence paid off. “Believe me, had we been willing to settle for a lesser deal we would have finished this negation a long time ago,” he told reporters.

The economic benefits for Iran are potentially massive. It stands to receive more than $100 billion in assets frozen overseas, and an end to a European oil embargo and various financial restrictions on Iranian banks.

Iran agreed to the continuation of a U.N. arms embargo on the country for up to five more years, though it could end earlier if the International Atomic Energy Agency definitively clears Iran of any current work on nuclear weapons. A similar condition was put on U.N. restrictions on the transfer of ballistic missile technology to Tehran, which could last for up to eight more years, according to diplomats.

Washington had sought to maintain the ban on Iran importing and exporting weapons, concerned that an Islamic Republic flush with cash from sanctions relief would expand its military assistance for Syrian President Bashar Assad’s government, Yemen’s Houthi rebels, the Lebanese militant group Hezbollah and other forces opposing America’s Mideast allies such as Saudi Arabia and Israel.

Iranian leaders, backed by Russia and China, insisted the embargo had to end as their forces combat regional scourges such as the Islamic State.

Another significant agreement will allow U.N. inspectors to press for visits to Iranian military sites as part of their monitoring duties, something the country’s supreme leader, Ayatollah Ali Khamenei, had long vowed to oppose. However, access isn’t guaranteed and could be delayed, a condition that critics of the deal are sure to seize on.

Under the accord, Tehran would have the right to challenge U.N requests, and an arbitration board composed of Iran and the six world powers would then decide on the issue. The IAEA also wants the access to complete its long-stymied investigation of past weapons work by Iran, and the U.S. says Iranian cooperation is needed for all economic sanctions to be lifted.

The deal didn’t come together easily, as tempers flared and voices were raised during debates over several of the most contentious matters. The mood soured particularly last week after Iran dug in its heels on several points and Kerry threatened to abandon the effort, according to diplomats involved in the talks. They weren’t authorized to speak publicly on the private diplomacy and demanded anonymity.

But by Monday, the remaining gaps were bridged in a meeting that started with Kerry, European Union foreign policy chief Federica Mogherini, and Russian Foreign Minister Sergey Lavrov. Zarif joined later joined the meeting, and shortly thereafter, the ministers emerged and told aides they had an accord.

The deal comes after nearly a decade of international, intercontinental diplomacy that until recently was defined by failure. Breaks in the talks sometimes lasted for months, and Iran’s nascent nuclear program expanded into one that Western intelligence agencies saw as only a couple of months away from weapons capacity. The U.S. and Israel both threatened possible military responses.

The United States joined the negotiations in 2008, and U.S. and Iranian officials met together secretly four years later in Oman to see if diplomatic progress was possible. But the process remained essentially stalemated until summer 2013, when Rouhani was elected president and declared his country ready for serious compromise.

More secret U.S.-Iranian discussions followed, culminating in a face-to-face meeting between Kerry and Iranian Foreign Minister Mohammad Javad Zarif at the United Nations in September 2013 and a telephone conversation between Rouhani and President Barack Obama. That conversation marked the two countries’ highest diplomatic exchange since Iran’s 1979 Islamic Revolution and the ensuing hostage crisis at the American embassy in Tehran.

Kerry and Zarif took the lead in the negotiations. Two months later, in Geneva, Iran and the six powers announced an interim agreement that temporarily curbed Tehran’s nuclear program and unfroze some Iranian assets while setting the stage for Tuesday’s comprehensive accord.

It took time to get the final deal, however. The talks missed deadlines for the pact in July 2014 and November 2014, leading to long extensions. Finally, in early April, negotiators reached framework deal in Lausanne, Switzerland, setting up the last push for the historic agreement.

The disputes are likely to continue, however. In a foreshadowing of the public relations battle ahead, Iranian state TV released a fact sheet of elements it claimed were in the final agreement — a highly selective list that highlighted Iranian gains and minimized its concessions.

Among them was an assertion that all sanctions-related U.N. resolutions will be lifted at once. While a new U.N. resolution will revoke previous sanctions, it will also re-impose restrictions in a number of categories.