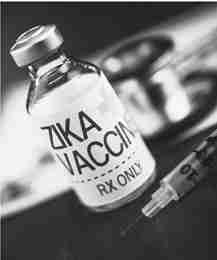 SAN JUAN, Puerto Rico – A Pennsylvania drug company announced Monday that it has launched a clinical trial of an experimental Zika vaccine in Puerto Rico, the part of the U.S. hardest hit by the mosquito-borne virus.

Inovio Pharmaceuticals Inc. will be testing its DNA-based vaccine candidate on 160 adult volunteers in Puerto Rico. If the results are promising, the company would meet with regulators next year to discuss plans to develop the vaccine, CEO J. Joseph Kim said.

“The rapid progression of the Zika out- break in Puerto Rico provides an immediate and unique opportunity to assess a preventive vaccine in a real world setting,” Dr. Kim said.

Inovio conducted the first vaccine trial in June with volunteers in the U.S. and Canada. It expects results later this year. Small, early-stage studies help assess the safety and promise of an experimental vaccine but cannot prove if it really works.

The National Institutes of Health is also studying a DNA-based vaccine rather than the traditional method using a dead or weakened virus to train the body’s immune system to recognize an infection and fight it off. Other vaccine candidates are also in development, including one developed by the Walter Reed Army Institute of Research that is scheduled for safety testing in October.

The search for a vaccine is particularly relevant in Puerto Rico, which as of Friday had reported more than 14,000 cases, including 1,244 among pregnant women. Zika, which is generally spread by the bite of two species of infected mosquito. It can also be sexually transmitted. The symptoms can include fever, rash, joint pain and red eyes. Zika during pregnancy can cause birth defects.