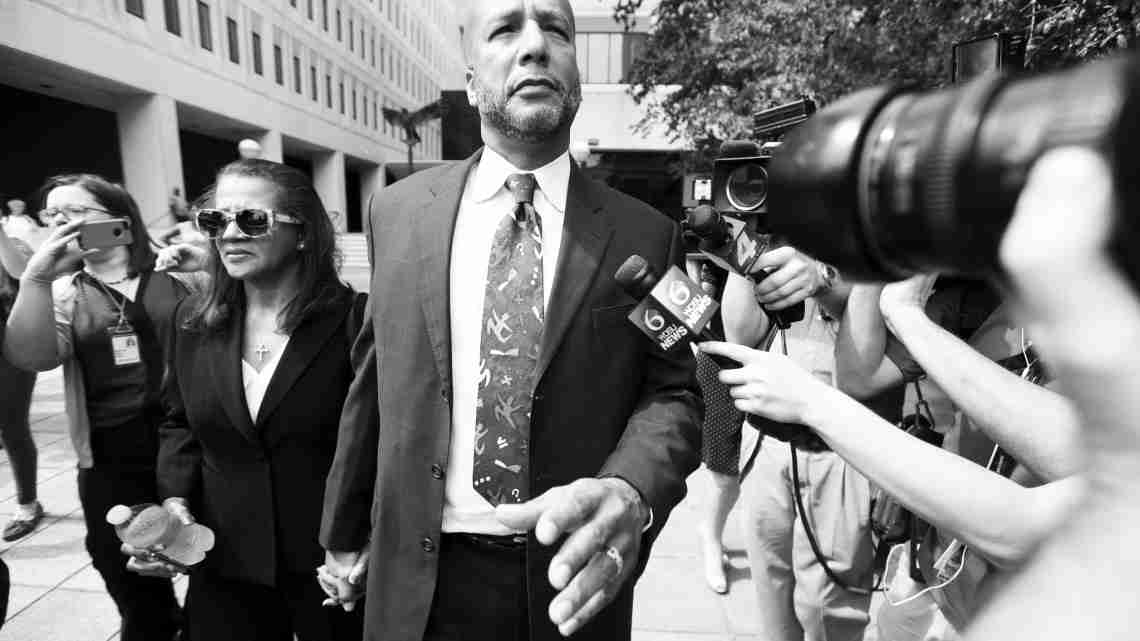 WASHINGTON (AP) – Republican and Democratic senators joined in announcing a plan Tuesday aimed at stabilizing America’s health insurance markets in the wake of President Donald Trump’s order to terminate “Obamacare” subsidies. Trump himself spoke approvingly of the deal, but some conservatives denounced it as an insurance company bailout, making its future uncertain.The agreement followed weeks of negotiations between Republican Sen. Lamar Alexander of Tennessee and Democratic Sen. Patty Murray of Washington that sought to address health insurance markets that have been in limbo following GOP failures to repeal and replace the Affordable Care Act. The talks took on added urgency when Trump announced last week that he would end monthly “cost sharing reduction” payments the government makes to help insurance companies reduce costs for lower-income people.Without that money, premiums for some people buying individual health plans would spike, and some insurers would flee the markets, industry officials warn.The Alexander-Murray deal would continue the insurer payments for two years, while establishing new flexibility for states under former President Barack Obama’s law.

EX-NEW ORLEANS MAYOR ASKS JUDGE TO THROW OUT HIS CONVICTION

Nagin, 60, argues that his case is identical to corruption cases recently overturned by U.S. Supreme Court concerning former Virginia Gov. Bob McDonnell and by a federal appeals court concerning former New York State Assembly Speaker Sheldon Silver. The Supreme Court ruling spurred the immediate release of former Louisiana Congressman William Jefferson, who had been serving a 13-year sentence since 2012. He faces a new sentencing hearing on Dec. 1 on three of the seven counts remaining against him. Before then, though, the government must decide by Monday (Oct. 16) if it wants to retry Jefferson on the seven counts that were tossed out. 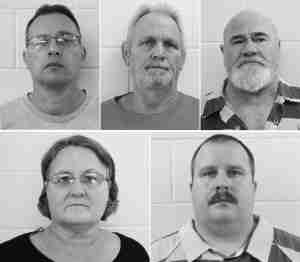 ARRESTS IN 1983 CASE AUTHORITIES SAY WAS MOTIVATED BY RACE

SUNNY SIDE, Ga. (AP) – After reopening a cold case, authorities in Georgia have arrested five people – including two law enforcement officials – in a killing they say was racially motivated. Timothy Coggins, a 23-year-old black man, was found dead along a road in the city of Sunny Side, about 30 miles (48 kilometers) south of Atlanta, on Oct. 9, 1983. The Georgia Bureau of Investigation and the Spalding County Sheriff’s Office reopened the case in March after getting new information. The five people arrested are white, and Spalding County Sheriff Darrell Dix told reporters Friday that investigators have “no doubt” the slaying was racially motivated. “If the crime happened today it would be prosecuted as a hate crime,” Dix said. Authorities say 59-year-old Frankie Gebhardt and 58-year-old Bill Moore Sr. were arrested Friday and face charges including murder. Both men have extensive criminal records, the sheriff said. Lamar Bunn, a Milner police officer, and Sandra Bunn face obstruction charges. Gregory Huffman, a detention officer with the Spalding County Sheriff’s Office, was charged with obstruction and violation of oath of office. Dix said Huffman was fired Friday morning. Milner police Chief Michael Bailey said Bunn has been placed on active suspension without pay pending the outcome of the investigation. It wasn’t immediately clear if any of those charged had lawyers who could comment on the charges.

HONOLULU (AP) – A federal judge in Hawaii blocked most of President Donald Trump’s latest travel ban Tuesday, just hours before it was set to take effect, saying the revised order “suffers from precisely the same maladies as its predecessor.” It was the third set of travel restrictions issued by the president to be thwarted, in whole or in part, by the courts. U.S. District Judge Derrick Watson issued the ruling after the ban on a set of mostly Muslim countries was challenged by the state of Hawaii, which warned that the restrictions would separate families and undermine the recruiting of diverse college students. White House spokeswoman Sarah Huckabee Sanders called the ruling “dangerously flawed” and said it “undercuts the president’s efforts to keep the American people safe.” The Justice Department said it will quickly appeal. 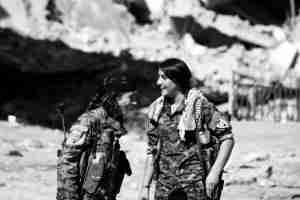 US-BACKED SYRIAN FORCES CELEBRATE FALL OF IS ‘CAPITAL’ OF RAQQA

BEIRUT (AP) – U.S.-backed Syrian forces celebrated in the devastated streets of Raqqa on Tuesday after gaining control of the northern city that once was the heart of the Islamic State’s self-styled caliphate, dealing a major defeat to the extremist group that has seen its territory shrink ever smaller since summer. Militants took over the vibrant metropolis on the Euphrates River in 2014, transforming it into the epicenter of their brutal rule, where opponents were beheaded and terror plots hatched. It took thousands of bombs dropped by the U.S.-led coalition and more than four months of grueling house-to-house battles for the Syrian Democratic Forces to recapture Raqqa, marking a new chapter in the fight against the group whose once vast territory has been reduced to a handful of towns in Syria and Iraq. “Liberating Raqqa is a triumph for humanity, especially women,” who suffered the most under IS, said Ilham Ahmed, a senior member of the SDF political wing. “It is a salvation for the will to live an honorable life. It is a defeat to the forces of darkness,” said Ahmed, speaking to The Associated Press from Ein Issa, just north of Raqqa. Fighters from the SDF celebrated by chanting and honking their horns as they spun doughnuts with their Humvees and armored personnel carriers, and hoisting yellow SDF flags around Naim, or Paradise Square. 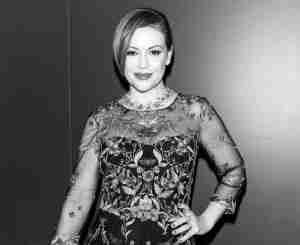 NEW YORK (AP) – Alyssa Milano was in bed with her two young children when a friend of a friend on Facebook suggested something that struck her as a great way to elevate the Harvey Weinstein conversation. She took the idea to Twitter, posting: “If you’ve been sexually harassed or assaulted write ‘me too’ as a reply to this tweet.” That was Sunday night.

By Monday night, more than 53,000 people had left comments and thousands of women had declared “Me Too,” sharing their stories of rape, sexual assault and harassment across social media, including some for the first time. The hashtag was tweeted nearly a million times in 48 hours, according to Twitter. Some left it at, simply: “Me Too,” without explanation, and a small contingent of men have posted: “I Have,” noting shock at the groundswell and remorse for their own past misdeeds Milano said the idea was to elevate the Harvey Weinstein conversation, placing the emphasis on victims rather than perpetrators and offering a glimpse into the number of women who continue to be victimized. The disgraced film mogul has been accused by more than three dozen women of harassment or abuse.

ISRAEL SAYS NO TALKS IF HAMAS IN PALESTINIAN GOVERNMENT

JERUSALEM (AP) – Israel said Tuesday it would not conduct diplomatic negotiations with a Palestinian government that includes a role for the militant Hamas group, laying down a significant potential roadblock to already complicated Palestinian reconciliation efforts. Prime Minister Benjamin Netanyahu’s office said there would be no talks with the Palestinians unless Hamas agrees to a series of conditions it is unlikely to accept, including recognizing Israel and agreeing to disarm. The announcement came as Palestinian President Mahmoud Abbas’ Fatah government is in talks with Hamas over ending a 10-year split. Under Egyptian auspices, the Palestinian factions last week announced a preliminary agreement and have formed committees to sort out unresolved issues, most notably who will control Hamas’ massive weapons arsenal. 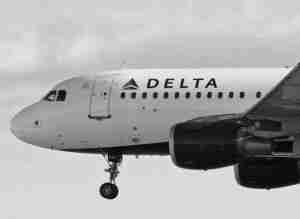 SAVANNAH, Ga. (AP) – A Georgia physician said her plan to honor a fallen soldier by singing the U.S. national anthem aboard a Delta Air Lines plane carrying the soldier’s casket was stopped by a flight attendant who told her it would violate company policy.

Dr. Pamela Gaudry of Savannah said she and fellow passengers were told “to stay quietly in our seats” as an honor guard escorted the casket from the plane Saturday at Hartsfield-Jackson Atlanta International Airport. A flight attendant told her that singing “The Star Spangled Banner” would make passengers from other countries uncomfortable, she said. “I couldn’t put up with that,” Gaudry told The Associated Press in an interview Monday. “I wouldn’t be offended if I was in their country.”

WASHINGTON (AP) – Rep. Tom Marino, President Donald Trump’s nominee to be the nation’s drug czar, has withdrawn from consideration, following reports that he played a key role in weakening the federal government’s authority to stop companies from distributing opioids. “He didn’t want to have even the perception of a conflict of interest with drug companies or, frankly, insurance companies,” Trump told Fox News Radio in an interview Tuesday, shortly after breaking the news on Twitter. The announcement follows reports by The Washington Post and CBS News, which detailed the Pennsylvania lawmaker’s involvement in crafting a 2016 law, signed by President Barack Obama, that weakened the Drug Enforcement Administration’s authority to curb opioid distribution. It also comes amid growing pressure on Trump to fulfill his pledge to declare the nation’s opioid epidemic a “national emergency,” as a commission he’s convened on the subject has urged him to do. Trump told reporters Monday that he would be making the declaration official next week.