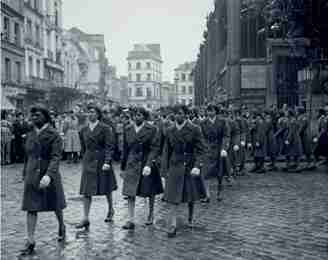 LEAVENWORTH, Kan. (AP) – Funds are being raised to erect a monument at Fort Leavenworth to honor the first and only black Women’s Army Corps unit to deploy overseas during World War II. The monument will honor the 6888th Central Directory Postal Battalion, which sorted mail for the armed forces during the war. The Leavenworth Times reports the unit deployed from February 1945 to January 1946. Carlton Philpot, chairman of the memorial committee, said the mail was backed up for two years. He says 855 women sorted seven million pieces of mail in three months. The monument, expected to cost $70,000, will feature a likeness of Lt. Col. Charity Adams, who commanded the unit. It will be located on the Walkway of Patriots on Fort Leavenworth. A dedication is planned for next fall. 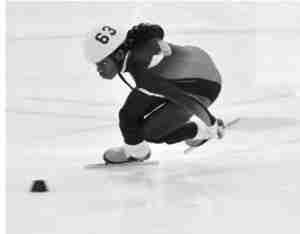 KEARNS, Utah (AP) – Maame Biney became the first black woman to qualify for a U.S. Olympic speedskating team with a pair of victories in the 500 meters. The 17-year-old native of Ghana cruised to victory in the first 500 final at the short track trials on Saturday, beating Olympians Lana Gehring, Jessica Kooreman and Katherine Reutter-Adamek. “I can’t believe it, aww geez,” she said after squealing with joy. “It’s a really good feeling, but it has to set in first because it takes me a while. I’m like, `Holy cow.’” Before the second final, her father sitting in the stands held up a sign reading: “Kick some hiney Biney.” She sure did. Biney set a blistering pace in taking an early lead that widened as the wild and wooly race went on. She crossed the finish line on the hockey-sized rink and began clapping and then pumping her arms so hard she lost her balance and fell. She went down laughing all the way. “When I realized that I made the Olympic team, I started cheering like crazy and then I made my epic fall,” she said.

Biney will be the second black speedskater on a U.S. Olympic team. Shani Davis was 19 when he qualified for the short track team in 2002. He later switched to long track and won four medals, including two golds. Now 35, Davis will try to make the long track team at its trials next month. 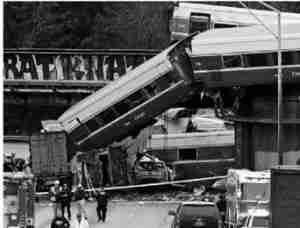 OFFICIAL: FEDS LOOK AT WHETHER TRAIN ENGINEER WAS DISTRACTED

DUPONT, Wash. (AP) – Investigators are looking into whether the Amtrak engineer whose speeding train plunged off an overpass, killing at least three people, was distracted by the presence of an employee-in-training next to him in the locomotive, a federal official said Tuesday. The official, who was not authorized to discuss the matter publicly and spoke on condition of anonymity, said investigators want to know whether the engineer lost “situational awareness” because of the second person in the cab. The train was hurtling at 80 mph in a 30 mph zone Monday morning when it ran off the rails along a curve south of Seattle, sending some of its cars plummeting onto an interstate highway below, National Transportation Safety Board member Bella DinhZarr said late Monday, citing data from the locomotive’s event recorder. Dinh-Zarr said it is not yet known what caused the train to derail and too early to say why it was going so fast. She said investigators will talk to the engineer and other crew members. In previous wrecks, investigators looked at whether the engineer was distracted or incapacitated. It is standard procedure in a crash investigation to test the engineer for alcohol or drugs and check to see whether he or she was using a cellphone, something that is prohibited while the train is running.

THE YEAR OF #METOO: A SCOOP, A TWEET, AND THEN A RECKONING

NEW YORK (AP) – It began with a news story, and then a tweet, and suddenly it seemed like everything had changed overnight. 2017 will forever be known as the Year of the Reckoning. Or, more precisely, the year of the beginning of the reckoning. Because at year’s end, the phenomenon of powerful men being knocked off their perches by allegations of sexual misconduct — in Hollywood, on morning television, in chic restaurant kitchens, in the U.S. Senate — showed no signs of slowing. Each morning, we awoke to ask: “Who’s next?” To that question, we should also add, “What next?” Because as the year drew to a close, many were also wondering just how deep and lasting the change would prove, going forward. Was this, indeed, the cultural earthquake many have called it? Or was there a chance it might all eventually slip away? “We can’t be sure,” says Gloria Steinem. “But what I CAN be sure of is that this is the first time I’ve seenwomen being believed.” And that, says the feminist author, “is profoundly different.” 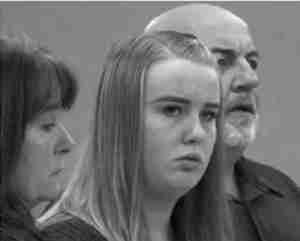 HARTFORD, Conn. (AP) – A white former Connecticut university student accused of smearing body fluids on her black roommate’s belongings has pleaded not guilty to charges of criminal mischief and breach of peace. Prosecutors did not file additional charges Monday against 18-year-old Brianna Brochu, of Harwinton. Representatives of the state NAACP and other civil rights advocates protested again in front of the courthouse, asking the state to add a hate crimes charge. Police say the former University of Hartford student wrote on Instagram in October about rubbing used tampons on her roommate’s backpack and putting her roommate’s toothbrush “where the sun doesn’t shine.” Her roommate says she developed throat pain. Prosecutors say they’re still investigating. The case has been continued until Jan. 29. Brochu left the courthouse without commenting. Her lawyer has said her actions were not racially motivated. 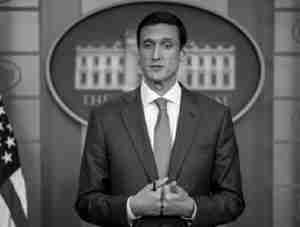 US SHORT OF OPTIONS TO PUNISH N. KOREA FOR SERIOUS CYBERATTACK

WASHINGTON (AP) – The Trump administration vowed Tuesday that North Korea would be held accountable for a May cyberattack that affected 150 countries, but it didn’t say how, highlighting the difficulty of punishing a pariah nation already sanctioned to the hilt for its nuclear weapons program. The WannaCry ransomware attack infected hundreds of thousands of computers worldwide and crippled parts of Britain’s National Health Service. It was the highest-profile cyberattack North Korea has been blamed for since the 2014 hack of Sony Pictures after it produced “The Interview,” a satirical movie imagining a CIA plot to kill leader Kim Jong Un. While that attack led to leaks of confidential data from the movie studio and emails that embarrassed Sony talent, the implications of the WannaCry intrusion were altogether more serious. Homeland security adviser Tom Bossert said it was “a reckless attack and it was meant to cause havoc and destruction.” He said it put lives at risk in British hospitals. Other experts say the attack was more likely an attempt by Kim’s cash-strapped government to extract money. Last year, the same hacking group was suspected in a malware attack that penetrated the Bangladesh Central Bank’s computer system, stealing $81 million. Whatever the motivation, the public declaration of blame by Washington reflects growing concern over North Korea’s cyber capabilities that appear all the more threatening because of Pyongyang’s scant regard for international norms. In defiance of world opinion, North Korea is the only country to test nuclear weapons this century and is closing in on a missile that could strike anywhere on U.S. mainland. 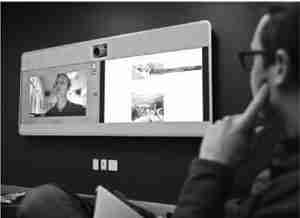 MENLO PARK, Calif. (AP) – When Matt King first got on Facebook eight years ago, the blind engineer had to weigh whether it was worth spending an entire Saturday morning checking whether a friend of his was actually in his friend list. Such were the tools at the time for the visually impaired — almost nonexistent. Today, thanks to text-to-audio software, it just takes a few seconds for him to accomplish the same task. And because of a new face recognition service the social network is rolling out Tuesday, he can now learn which friends are in photos, even those who haven’t been tagged by another user.

The facial recognition technology, which uses artificially intelligent algorithms, doesn’t appear to have changed much since Facebook began using it in 2010 to suggest the identities of people in photos. But after incorporating feedback from billions of user interactions, Facebook felt confident enough to push its use into new territory. “What we’re doing with AI is making it possible for anybody to enjoy the experience,” says 52-year-old King, who lost his sight in college due to a degenerative eye disease and now works at Facebook as an accessibility specialist. In addition to the improved facial recognition, Facebook has in recent years also automated descriptions of what’s happening in a photo. (Those remain relatively primitive, as they’re limited to only about 100 or so concepts and roughly a dozen action verbs.)