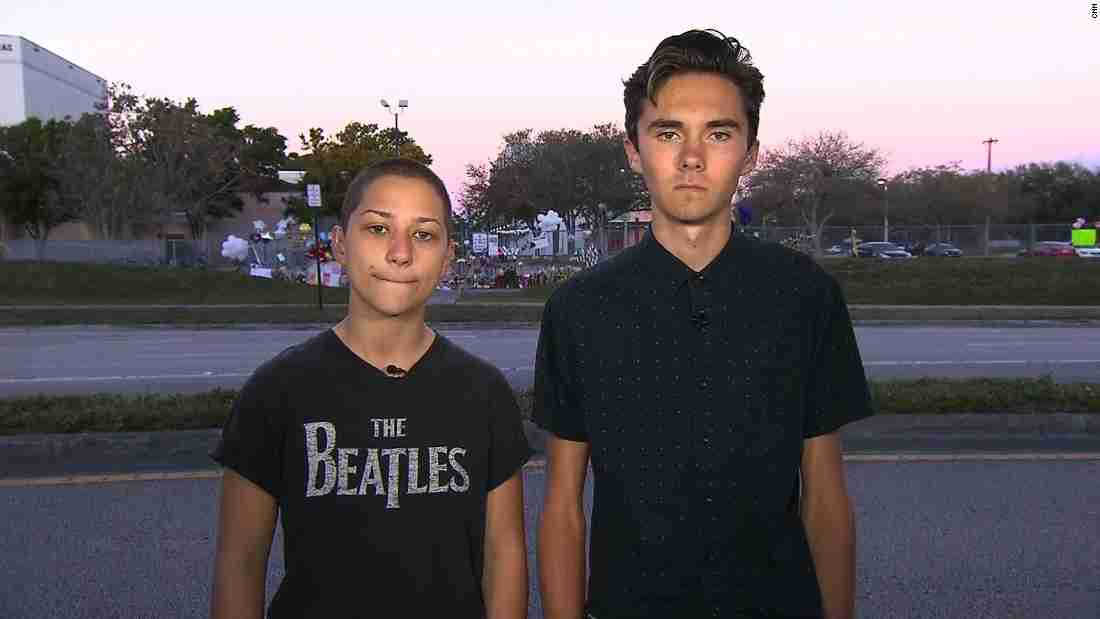 SURVIVOR OF SCHOOL SHOOTING TO USE ‘WHITE PRIVILEGE’

MIAMI – One of the students who survived last month’s shooting at a Florida high school that left 17 people dead says he must use “white privilege” to offset racial disparity in the way the shooting is covered by the media. Speaking on a Twitter livestream on Monday, David Hogg said the Marjory Stoneman Douglas High School shooting survivors are not pushing a liberal or conservative agenda. But the 17-year-old said they “have to use our white privilege” to make sure all people who have died in gun violence can be heard. Hogg said there is a lot of racial disparity in the way the shooting is covered. He said he doesn’t think the coverage would be the same if the shooting happened in a black community, “no matter how well those people spoke.”

FLORIDA TO REPLACE CONFEDERATE STATUE IN US CAPITOL

TALLAHASSEE, Fla. (AP) – Florida’s governor has ordered a statue of a Confederate general at the U.S. Capitol to be removed and replaced with one of an African-American woman. Gov. Rick Scott signed the bill (SB 472) making that step official Monday.The bill removes a statue of Confederate Gen. Edmund Kirby Smith and replaces it with a statue of Mary McLeod Bethune. She founded a school that would eventually become historically black Bethune-Cookman University in Daytona Beach, Florida. Bethune’s statue would be the first African-American woman in Statuary Hall. Congress allows each state two statues in Statuary Hall. Florida’s other one is of John Gorrie, whose inventions led to modern-day air conditioning. 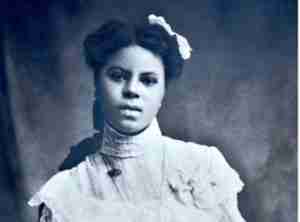 BOULDER, Colo. (AP) – The University of Colorado has decided to honor its first black female graduate, who wasn’t allowed to walk across the stage in 1918.The Daily Camera reports that Polly McLean, a CU associate professor who researched the woman’s story and corrected the record at the university, will host the inaugural Lucile Berkeley Buchanan Lecture on April 4. Buchanan was born in Denver in 1884 to former slaves. She earned a degree in German at CU and became a teacher. She died at age 105 in 1989 and was buried without a headstone until a fellow graduate paid for one, which brought her story to light. McLean, who is on sabbatical and could not be reached, will accept Buchanan’s degree onstage at the Boulder campus’ spring commencement May 10.

LITTLE ROCK, Ark. (AP) _ Two sites in Little Rock have been selected to receive federal civil rights grants totaling to about $1 million. The Arkansas Democrat-Gazette reports that the Dreamland Ballroom and the Little Rock School District were selected last week to receive an African American Civil Rights Grant for nearly $500,000 each. The historic ballroom at Taborian Hall hosted prominent black musicians such as Ella Fitzgerald, Louis Armstrong and B.B. King. The grant will allow the venue to get an elevator and centralized heating and air. The ballroom’s owner hopes to eventually open it to the public and create a museum. The school district received the award for its efforts to restore the historic Central High School. The money will go toward replacing more than two dozen windows on the school’s front facade. 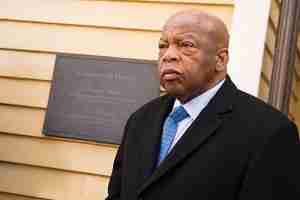 OXFORD, Ohio (AP) – U.S. Rep. John Lewis will be honored for his civil rights accomplishments by a university in Ohio. Miami University will award its Freedom Summer of ’64 Award to the Democratic congressman from Georgia at the Sam Rayburn House Office Building in Washington on Monday. Lewis was a leader in the 1964 Freedom Summer voter registration drive of blacks in the South. College students were recruited to aid that effort. Miami says nearly 800 volunteers came to the then-Western College for Women to train for that work and for nonviolent resistance. That campus is now part of Miami University. Miami’s president, Gregory Crawford, says the award honors Lewis and the legacy of the civil rights movement and serves as a call for others to reconnect with civic service and civil rights.

TALLAHASSEE, Fla. (AP) – Florida will start sharing voter information to make sure people aren’t registered in other states. Gov. Rick Scott signed the bill (HB 85) on Monday. The measure sponsored by Rep. Ross Spano allows the Department of State to share voter information with other states provided that the effort is not controlled by the federal government. It also allows Florida to share driver’s license information. Currently there is a partnership between 23 states and the District of Columbia to share information. President Donald Trump has made an issue of people who are registered to vote in more than one state, using it as one of the bedrocks of his overall contention that voter fraud is rampant in the U.S. 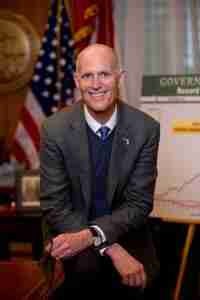 TALLAHASSEE, Fla. (AP) – Florida will permanently fund anti-abortion pregnancy centers. Gov. Rick Scott signed the bill (HB 41) on Monday. It was heavily favored by Republicans and opposed by Democrats. Florida legislators have set aside money for the pregnancy centers since 2006, but the $4 million had to be renewed each year in the annual budget. Democrats argued that the state shouldn’t fund religious organizations or pregnancy centers that don’t provide a full range of services. Republicans said that the state would simply be helping to care for women who chose to go through with their pregnancies. Service providers can include faith-based organizations, but they can’t promote religious content nor use state money on other religious messages.

Next post Smokey adds winemaker to his legendary career

Previous post Black women in front and behind the camera