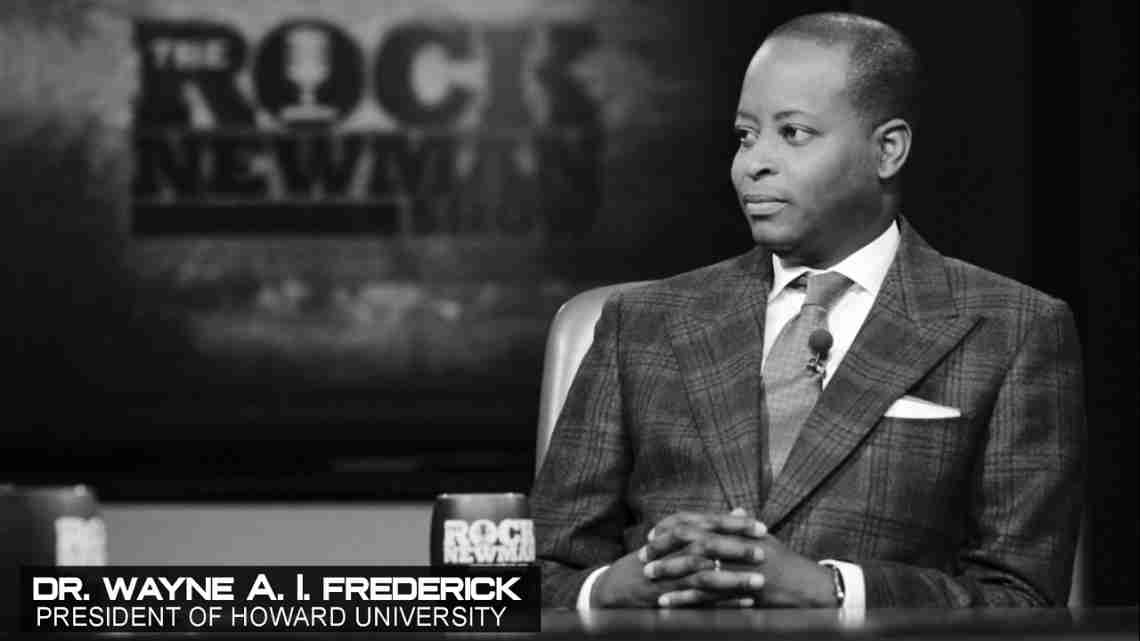 WASHINGTON (AP) – The occupation of a university administration building in Washington, D.C. by students making demands to school officials has ended. News outlets report Howard University students and officials announced Friday afternoon a deal ending the protest that began March 29. Parts of the agreement include students will be involved in reviewing the adequacy of on-campus housing, officials will consider not increasing undergraduate tuition for 2019-2020, and forming task forces to address sexual violence and other issues.Students also demanded university President Wayne A.I. Frederick resign. University Board of Trustees member Marie Johns says the board continues to support Frederick. The sit-in started amid Howard saying March 28 that six employees were fired for “gross misconduct and neglect of duties” after school officials discovered financial aid money had been misappropriated.

JACKSON, Miss. (AP) – A Mississippi Democrat who was President Bill Clinton’s first agriculture secretary is officially announcing his candidacy for U.S. Senate. Mike Espy, also Mississippi’s first African American elected to Congress since Reconstruction, confirmed Friday that he’ll run in a special election to finish the term started by longtime Republican Thad Cochran. Espy had already said he had a “strong intention” to run. Espy says that like Cochran, he wants to rise above partisan politics to appeal to all Mississippians. Cochran retired Sunday, citing poor health. Gov. Phil Bryant appointed fellow Republican Cindy HydeSmith to temporarily succeed Cochran. She will be sworn in Monday and will run in a nonpartisan special election in November. Besides Hyde-Smith and Espy, Republican state Sen. Chris McDaniel and Democratic Tupelo Mayor Jason Shelton are also running. 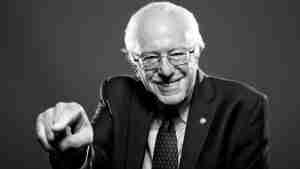 JACKSON, Mississippi (AP) – As Bernie Sanders contemplates making another president bid in 2020, the Vermont senator still is searching for the right way to attract more black voters who backed Hillary Clinton and effectively denied him the Democratic nomination in 2016. His challenge was on display in Mississippi this week, where he traveled to mark the 50th anniversary of Martin Luther King’s assassination but along the way managed a clumsy critique of the Democratic Party under the nation’s first black president. Former President Barack Obama, Sanders said, was a “charismatic individual … an extraordinary candidate, a brilliant man.” But “behind that reality,” Sanders said, Obama led a party whose “business model” has been a “failure” for more than a decade. It served as the latest confirmation that Sanders, even as he tries for new footholds in the black community, hasn’t mastered his precarious relationship with a key Democratic Party constituency that he will need if he hopes to reshape the party going forward, much less make another presidential run in 2020. Sanders, who is elected in Vermont as an independent but caucuses in Washington with Democrats, has been spending more time in places dominated by black voters, including Southern states where African-Americans shape Democratic primaries. He went to Memphis this week to remember King’s assassination alongside Martin Luther King III; then he moved on to Jackson to join the first-term mayor whose candidacy he endorsed last year. Sanders and Chokwe Antar Lumumba have become a sort of political odd couple: the white 76-year-old democratic socialist with his rumpled suit and untamed hair, preaching in his Brooklyn vernacular, and an impeccably clad 35-year-old black attorney-turned-politician smiling his way through calm expositions sprinkled with the occasional “y’all.” But they share a common vision. Lumumba expresses hopes to make Jackson “the most radical” of U.S. cities. Besides campaigning for Lumumba, Sanders came to Mississippi last year to lobby workers to unionize a Nissan auto plant.

50 YEARS AFTER KING’S DEATH, HIS CHILDREN ARE STILL GRIEVING

ATLANTA (AP) – On April 4, 1968, a movement lost its patriarch when the Rev. Martin Luther King Jr. was killed on a hotel balcony in Memphis. Yolanda, Martin, Dexter and Bernice King lost their father. The loss has not gotten easier in 50 years, but his three surviving children each bear it on their own terms. His children cling to the few memories they have left of him. For years, they have had to publicly mourn a man who was among the most hated in America at the time of his death – a task they have been reluctant and, at times, angry to carry out. Now that King is among the most beloved figures in the world, his heirs are forced to share him with the multitudes who have laid claim to his legacy. For more than a decade, they have had to do this without two of the family’s cornerstones: their mother, Coretta Scott King, who died in 2006, and eldest child, Yolanda, who died in 2007. Martin Luther King III’s eyes crinkle into a smile as he recalls the happier times: in the pews at Ebenezer Baptist Church on Auburn Avenue in Atlanta helping his dad greet new members, tossing a football or baseball on the lawn of the family home, swimming lessons at the YMCA. When he came home from the front lines in the fight against racism, King’s somber expression would give way to smiles and a playful mood. For them, he was not an icon, but a buddy. King III and his brother also traveled with King. Months before he was killed, they accompanied King as he mobilized people in South Georgia to attend his upcoming Poor People’s Campaign in Washington. “That was our time for camaraderie,” recalled King III, now 60. Bernice King, the youngest, was once envious of her siblings, who had many more memories of King. Shared stories from her mother, sisters and brother, as well as home movies, helped humanize her father. Nicknamed “Bunny,” Bernice King said she cherishes the scant moments she remembers sharing between father and daughter, like the “kissing game” they would play. “That stayed with me so vividly,” said Bernice, now 55. “I’m glad I had that, because everything else, other than a few memories of being at the dinner table, I don’t recall. I wish I knew him more.” That night and the days that followed the killing remain frozen in Dexter King’s memory. He remembers his mother telling them something had happened to their father as she prepared to head to the airport. After Coretta Scott King left, their caregiver answered the kitchen telephone, started screaming and fell backward. Dexter, then 7, knew the worst had happened. When King’s body returned to Atlanta, Dexter remembered running up and down the aisle of the airplane, and seeing his father’s coffin on the floor. “I asked my mom, `What’s that?”’ he said. “She explained, `Your dad is going to be sleeping when you see him and he won’t be able to speak with you. He’s gone home to be with God.”’ Dexter King spoke of his father’s warmth and playfulness, a departure from the serious approach he took to his work. Seeing him in his roles as pastor and civil rights leader, Dexter King said he and his siblings were aware that their father’s work was important. 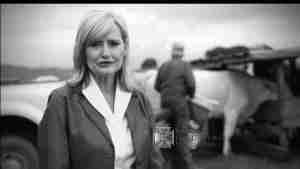 WASHINGTON (AP) – Republican Cindy Hyde-Smith made history Monday when she was sworn in as the first woman to represent Mississippi in the U.S. Senate, a milestone that strategists hope will propel the former agricultural commissioner and early President Donald Trump supporter when she faces a tough election in fall. Vice President Mike Pence arrived at the Capitol to swear her in as colleagues looked on. Hyde-Smith was tapped by the state’s Gov. Phil Bryant as a surprise pick to fill the seat for GOP Sen. Thad Cochran, 80, who resigned April 1 amid health concerns. “I know I speak for all senators on both sides of the aisle in welcoming our new colleague,” said Senate Majority Leader Mitch McConnell, R-Ky. Fellow Mississippi GOP Sen. Roger Wicker and others joined in the chamber. In a twitter message, Hyde-Smith said she was “grateful and honored” as she started the day, “pretty historic in my life, for sure, and for the state of Mississippi.” Hyde-Smith emerged as an unlikely choice to replace Cochran after Bryant declined suggestions from Trump and other GOP leaders to appoint himself. But in the 58-year-old who runs a family cattle ranch, the governor saw a history-making appointment of a Republican who had twice won statewide office and served 12 years in the state Senate, though she previously had been a Democrat before switching to the GOP in 2010. Republican strategists are now warily watching the Mississippi race. Republicans should have a lock on the state Trump easily won, where Hyde-Smith co-chaired his Agriculture Policy Advisory Council during the election. But she faces several challengers in the wide-open Nov. 6 special election to serve the remainder of Cochran’s term, through January 2021. Among them is Republican Chris McDaniel, a tea-party conservative state senator who almost toppled Cochran in a primary four years ago, and Mike Espy, a Democrat who in 1986 became the first African-American since Reconstruction to win a congressional seat in Mississippi and in 1993 became President Bill Clinton’s first agriculture secretary. The Democratic mayor of Tupelo, Jason Shelton, is also running, and the deadline for candidates to file for the race is later this month. Hyde-Smith is keeping most staff members who worked for Cochran, said Brad White, who will stay on as chief of staff. She will serve on the same committees as Cochran _ Appropriations, Agriculture and Rules _ but without leadership roles. Cochran had been chairman of the powerful Appropriations Committee. 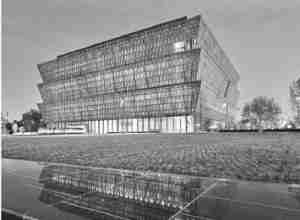 NEW YORK (AP) – An ancient human finger bone found in Saudi Arabia provides a new clue about when and how our species migrated out of Africa. Researchers say it shows hunter gatherers had reached that area by 85,000 years ago. Previously discovered human fossils show an earlier human presence in Israel and possibly China. Scientists believe early people left Africa more than once after evolving there at least 300,000 years ago. The bone, from an adult and most likely a middle finger, was found in 2016 about 340 miles (550 kilometers) southeast of the Sinai Peninsula. Michael Petraglia (peh-TRAH-lee-uh) of the Max Planck Institute for the Science of Human History in Jena, Germany, says the ancient people probably left Africa through the peninsula. He and others report the discovery Monday in the journal Nature Ecology & Evolution.