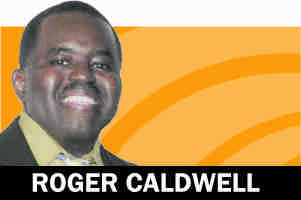 “Under criteria announced in April 2014, Deputy Attorney General James Cole, the Justice Department will consider for early release inmates who have served at least 10 years in prison, are low-level offenders, would have received a substantially lower prison term if sentenced under laws today, don’t have a significant criminal history, and have no history of violence before or since their incarceration.”

This is a program that Attorney General Eric Holder and President Obama have been working on since early in his first term. In 2010, Congress passed the Fair Sentencing Act and repealed some of the mandatory sentences that were started in the 1980’s, when there was a crackdown on crack-cocaine and the marijuana epidemic.

During this period, the majority of prisoners who were arrested were either Black or Hispanic. Most of these prisoners were given harsh penalties, and in most cases there was racial discrimination, because the judges were forced to use mandatory minimum sentences for drug offences.

To begin with, the lawyers and the judges knew that the system was unfair, and criminal penalties for individual users were applied unevenly, but everyone kept their mouth closed. If you were wealthy and you had a great lawyer you were able to get off with a short sentence. But if you were poor and you used a state or federal defense attorney, you were given a longer sentence.

President Obama and Eric Holder have made it known that they believed that penalties for low-level drug offenders were unfair. Attorney General Holder is encouraging defense attorneys to compile lists of clients who were incarcerated for low-level, nonviolent drug offences, to petition for executive clemency. At this point, it has been estimated that 200,000 federal intimates could qualify for the program, and the Justice Department expects thousands to seek shortened sentences.

There are cases such as Clarence Aaron, who was given three life sentences and spent 20 years in jail not for selling or possessing drugs, but receiving money for introducing two friends who sold drugs. He was charged with conspiracy, and it is obvious that the “Justice System” is broken. Blacks and Hispanics are three and a half times more likely to be arrested for marijuana crimes than whites, and therefore more likely to have criminal records.

As Attorney General Eric Holder prepares to leave his post, many advocacy groups that represent prisoners are wondering what will happen to his clemency program. The Justice Department is screening the first 1,800 clemency applications and picking the best ones to send to the president’s desk for signature.

Eric Holder has been considered a hero by many in the prison reform movement. He is pushing to reverse some old, “tough on crime” drug laws that put people away for decades for non-violent crimes, at the cost of billions of dollars. “Too many Americans go to too many prisons for far too long, and for no truly good law enforcement reason,” Holder told the American Bar Association.

The Justice System is broken at its core, and fundamental problems exist, because our judges and attorneys are not transparent and open. Decisions are made by “Mandatory Minimums” and The U.S. Sentencing Commission. There is a need for more prison reform advocacy groups, attorneys, and judges who are compassionate and who care.

Eric Holder has shaken up the Justice Department, and his clemency program can save taxpayers billions of dollars. Who is going to replace Eric Holder as the Attorney General, and will he or she ensure timely justice in a broken Justice System?

Roger Caldwell, a community activist, author, journalist, radio host and CEO of On Point Media Group, lives in Orlando. His book, The Inspiring Journey of a Stroke Survivor, details the story of his recovery from a massive stroke. He may be reached at jet38@bellsouth.net.