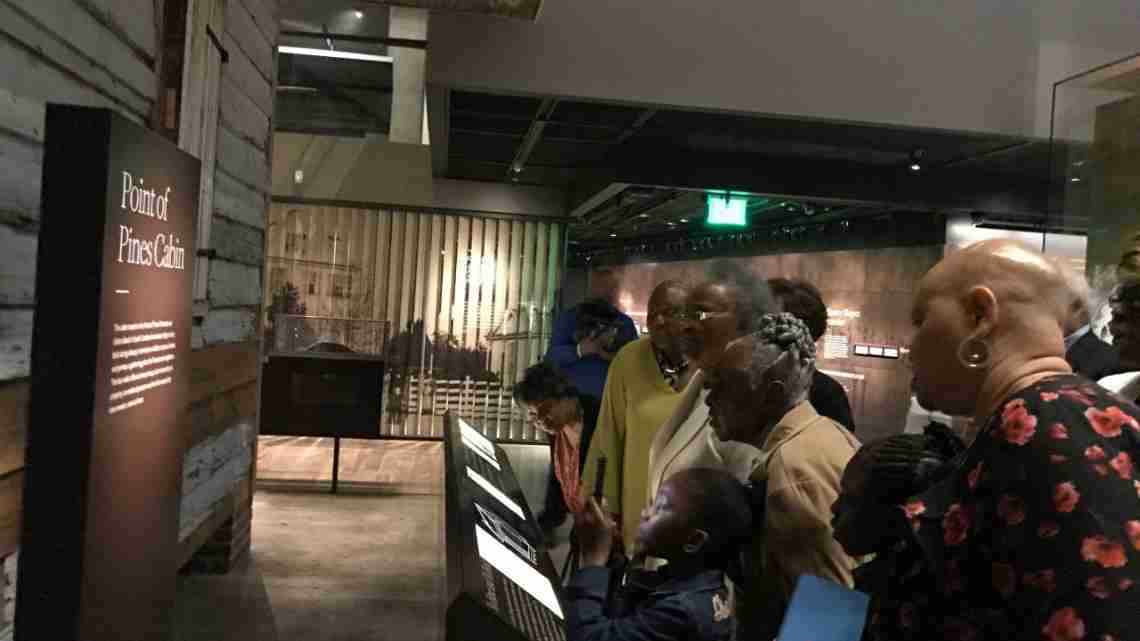 WASHINGTON – It’s been years since Isabell Meggett Lucas has been inside the tiny house she was born in, a former slave cabin where her ancestors sought refuge from the hot South Carolina sun.

But the 86-year-old woman never envisioned that when she finally returned, the wooden two-room house would be viewed by millions of people inside the Smithsonian National Museum of African American History and Culture as an example of what home life was like for slaves in the South. 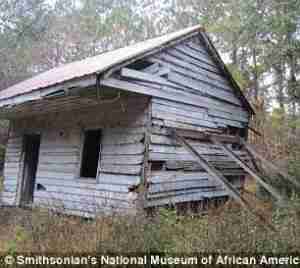 Visiting the new museum, open for a little over six months now – gave Lucas and her family, a chance to share with museum curators a first-hand glimpse of how descendants of African slaves lived in the post-Civil War and Jim Crow South, their joys and pains and how they survived a hardscrabble life without electricity or other modern comforts.
“It’s my home. We all lived there together and we were happy,” said Lucas, speaking softly as she stood outside the weatherboard cabin used during slavery at Point of Pines Plantation on Edisto Island, South Carolina.

Smithsonian officials scoured the countryside looking for representations of slave cabins for years before choosing the Meggett family cabin on the coast of South Carolina, curator Nancy Bercaw said.

Lucas, her sister-in-law Emily Meggett and their family viewed the cabin Monday and Tuesday, where it was rebuilt as part of the “Slavery and Freedom” exhibition in the museum almost exactly as it was when the last occupant lived there in 1981. It is believed to be one of the oldest preserved slave cabins in the United States, and although the exact age of the cabin is not known, it sat on the Point of Pines Plantation from 1851 until it was moved plank by plank to the museum. 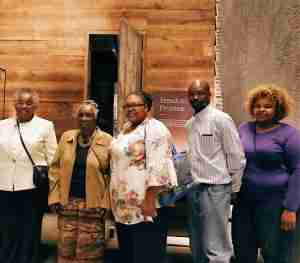 But Lucas, who lived there from birth until age 19, remembered something about the cabin that isn’t in the exhibit.
“It had a big long porch on the outside,” she said. “My momma would sit on that porch. The cool wind would be getting ready to blow off the rivers and such. The wind would blow and we’d sit on the porch … when we would get tired, everyone would lay on that porch under blankets and quilts and go to sleep.”

That’s the importance of having access to the people who lived in the house, because the porch was gone by the time the Smithsonian officials first saw the cabin, Bercaw said. People often think of history to be just about objects and things, when there’s so much more they can learn, she said.

“They can give us such insight to what life was like on Edisto Island,” Bercaw said. “Objects hold meaning within them, and as far as we’re concerned, that meaning comes from the family” that lived there.

The museum is still collecting information about the cabin, including the oral history of the Meggett family, recorded during their trip to Washington.

For example, the 84-year-old Meggett said she remembered coming over before she married Lucas’s brother, and remembered Sunday afternoon games of hopscotch, jump rope and baseball in the nearby grass, where a base would be an old brick, and the children could run free through the grass and fields.

But slowly, she said, people moved away and the cabin eventually was abandoned. Meggett said she would occasionally visit, however, and her last visit was only a month or two before they moved the cabin out of South Carolina. “There were five deer standing up there in the cabin,” she said.

“When they saw us, they jumped and ran. We stopped and watched them, and then we went on down to the landing and came back. Then I heard all of a sudden they were going to move the cabin, and when I got back, it was already gone.”

People should know how they had to live in the past, Lucas said. “We had to work so hard,” she said. “I hated it. I hated all farm-work, but I didn’t have a choice.”

But there were good times as well, and wonderful food, she said. “We ate grits and rice and cornbread, biscuits. When I got big enough I had to cook … one thing I learned was how to fix biscuits. We had a fireplace. You see the fireplace here, they would build a fire in the fireplace and they would cook biscuits,” Lucas said.

The matriarch said she tries to tell her younger relatives about what life was like back then, to share their family’s history. Having the cabin in the museum will help people learn about what life was like in the past, she said.“People can look at that house and the pictures around it and know that everything didn’t come easy back then,” she said.