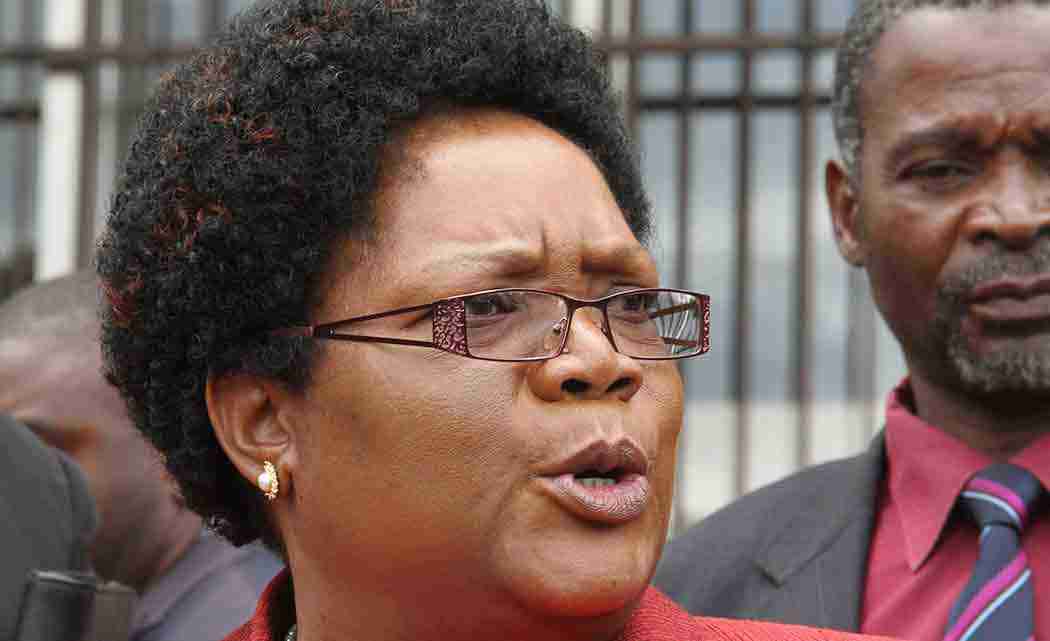 Mugabe fired Mujuru and eight other Cabinet ministers with immediate effect, according to a statement released by the government.

“It had become evident that her conduct in the discharge of her duties had become inconsistent with the expected standard, exhibiting conflict between official responsibilities and private interests,” said the statement issued by the cabinet secretary, on behalf of Mugabe.

Mugabe recently accused Mujuru of plotting to assassinate him and branded her a witch. Mujuru and her allies were kicked out of their senior positions in the ruling party, Zanu-PF, at a meeting last weekend. The 90-year-old president said he would, however, allow them to retain ordinary membership of the party.

Mugabe has also accused Mujuru of holding secret meetings at the U.S. Embassy in Harare.

Mujuru has denied the claims, calling them “ridiculous” in her first public statement, released a day before she was fired.

“I have become the fly in a web of lies whose final objective is the destruction of Zanu-PF,” Mujuru said in a statement on Tuesday.

Mujuru, who has been a member of Mugabe’s cabinet since he became president in 1980, said no evidence has ever been brought against her.

Mujuru is the first vice president to be fired since Zimbabwe gained independence in 1980. Her four predecessors all died in office.

The ministers of energy, education, public service and social welfare, presidential affairs, communication and postal services are among the other members of Cabinet who were fired.