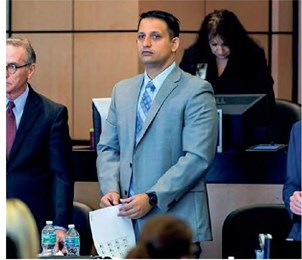 The attorneys argue the evidence doesn’t support Raja’s conviction and say Marx made errors that made the trial unfair. Such motions are common after convictions and rarely granted, but set the stage for further appeals.

The 41-year-old officer is facing a minimum sentence of 25 years for killing Jones along a highway off ramp and could get life. Sentencing is scheduled for April 25.

Next post Cry, the Beloved Haiti – the world’s first black republic in travail

Previous post BOOKER TO GIVE COMMENCEMENT AT HISTORICALLY BLACK UNIVERSITY