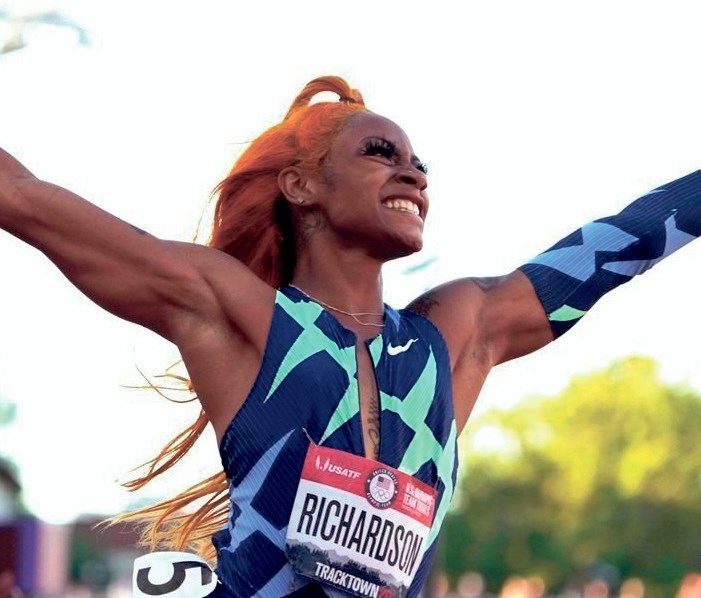 EUGENE, Ore. – A petition nearing 50,000 signatures is calling for sprinter Sha’Carri Richardson to be reinstated to the U.S. Olympics team despite failing a drug test.

Richardson recently won the 100 at Olympic trials, completing the dash in 10.86 seconds, according to the Associated Press.

DESPITE THE SUSPENSION, RICHARDSON COULD STILL BE ELIGIBLE TO RUN IN THE 4×100-METER RELAY AT THE OLYMPICS.

Because she tested positive for a chemical found in marijuana during the Olympic trials, her result was erased and she is not permitted to run the 100 in Toyko later this month.

Richardson has accepted a 30-day suspension, which ends on July 27 – this would be in time to run in the women’s relays, according to AP. The 21-yearold told “Today” she had smoked marijuana as a way to cope with the recent passing of her mother.

Her suspension could have been three months, according to AP, but because she is participating in a counseling program, it was reduced to one month.

Despite the suspension, Richardson could still be eligible to run in the 4×100-meter relay at the Olympics, according to ESPN. She would need to be selected by the USA Track and Field ﬁrst.

While marijuana is not thought to be a performance-enhancing drug, it remains banned because it meets two of the three criteria from the World AntiDoping Agency, ESPN explains.

After Richardson’s suspension was announced, a petition was started for the International Olympic Committee to reinstate the Texan

“Richardson should not be barred from realizing her dream of competing in the 2021 Olympic Games,” the petition reads. “She did not gain any competitive advantage from the reported use of marijuana.”

As of Monday evening, the petition has over 47,700 signatures. This isn’t the ﬁrst US runner to have their Olympic chances dashed by a drug test this year.

Shelby Houlihan, the American record holder in the 1,500 and 5,000 meters, recently blamed a tainted pork burrito for a four-year ban from the sport. She claims the meat prompted a false positive test for the anabolic steroid nandrolone.