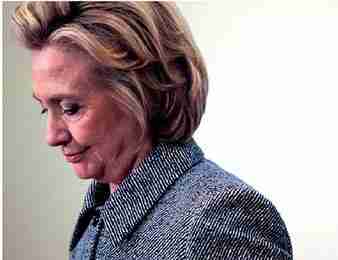 WASHINGTON – Anybody – no matter their age or how healthy they are – can develop pneumonia. And it’s possible the campaign trail’s grueling schedule, with its germy hand-shaking and selfie-taking, increased Hillary Clinton’s risk. Clinton’s illness appears mild, but it is fueling the question of what else voters need to know about whether she and Donald Trump are fit enough to be president. Yet the reality: There’s not much of a crystal ball to predict things like a common infection.

Clinton so far has revealed more medical information than Trump but both promise to release additional details. Until then, some doctors say watching a candidate in action can reveal one key qualification – cognitive function.

“In an ideal world, both candidates would be more transparent so there wouldn’t be questions about these problems that any of us could face,” said Dr. Mark Gladwin of the University of Pittsburgh Medical Center. “Normal healthy people get these pneumonias.”

But, “the most important factor we want to know is cognitive performance, and we can assess that” by, for example, how nimble candidates are during debates, he added. Releasing at least some health information is an election-year ritual but there’s no rule about how much the public needs to know – candidates have rights to medical privacy, too. Then there’s the question of whether health information really affects how people vote.

Clinton, 68, and Trump, 70, each had their own doctor write a letter last year attesting they’re in excellent health. Clinton’s internist wrote nearly two pages and included standard lab test results showing good heart health and a fairly detailed discussion of some previous problems – a concussion after a fall in 2012, and some blood clots that have her taking a blood thinner as a precaution.

Trump’s letter was four paragraphs with few details beyond good blood pressure. His doctor, a gastroenterologist, said Trump “has had no significant medical problems” and would “be the healthiest individual ever elected.”

Still, it’s a far cry from 2008 when Republican Sen. John McCain, then 71, allowed reporters to briefly review more than a thousand pages of medical records to show he was cancer-free and fit to serve as president. Releasing more information up-front opened Clinton to more questions about her medical history than Trump. Still, “women live longer than men,” Gladwin noted. “In general women tend to be healthier.”

Clinton’s campaign hasn’t revealed many details of her pneumonia, which was diagnosed Friday. She didn’t immediately cancel campaign events; her illness came to light Sunday after she abruptly left a 9/11 memo- rial event and was seen stumbling while getting into a van. She emerged later to wave to supporters and was at home Monday, all signs that it’s not a severe case.

While Clinton is taking antibiotics, both viruses and bacteria can cause pneumonia – it just takes the bad luck of the wrong bug lodging in someone’s lung. Certain kinds are deadly for the frail. But the Centers for Dis- ease Control and Prevention says at least 2 million people a year get mild “walking pneumonia” that easily clears up, often without treatment. Clinton had attributed an earlier coughing fit to allergies; it’s not clear if that really was an early pneumonia symp- tom. “Candidates are constantly out in enclosed spaces, face to face with myriads of people,” said Dr. William Schaffner, an infectious disease expert at Vanderbilt University. “It’s an ideal opportunity for the transmission of a respiratory virus.” While getting an infection isn’t predictable, the public doesn’t need every little detail about a candidate’s health history, said Dr. G. Kevin Donovan, a physician and bioethicist at Georgetown University Medical Center. Certainly, “we cannot trust their egos to discern when something would overly impair them,” he added. “It comes down to not so much do we trust the candidates but can we still trust the medical professional?”

So what should voters look for in these disclosures? Any condition that could limit a candidate’s life expectancy or lead to disability, such as heart health, Gladwin said.

“I think voters want transparency about their current physical function with the idea that they potentially have to remain healthy for four to eight years,” he said. One comparison might be whether the candidates release the same information as President Barack Obama after his last physical:

-Lab results, including cholesterol, glucose levels and, for men, a prostate screening called a PSA. Clinton has released all her cholesterol levels; Trump has released his PSA.

-Physical exam results. Clinton has released that she had a full cardiac evaluation including EKG that found no problems, and a normal colonoscopy, mammogram and gynecologic exam. Trump’s doctor said only that he has suffered no cancer and undergone no surgery since a childhood appendectomy. “I don’t see in this sniping back and forth about medical issues anything that sends up red flags,” Donovan concluded. “It serves more as a distraction than as a real issue.”

Next post Anthem celebrates the murder of our African ancestors