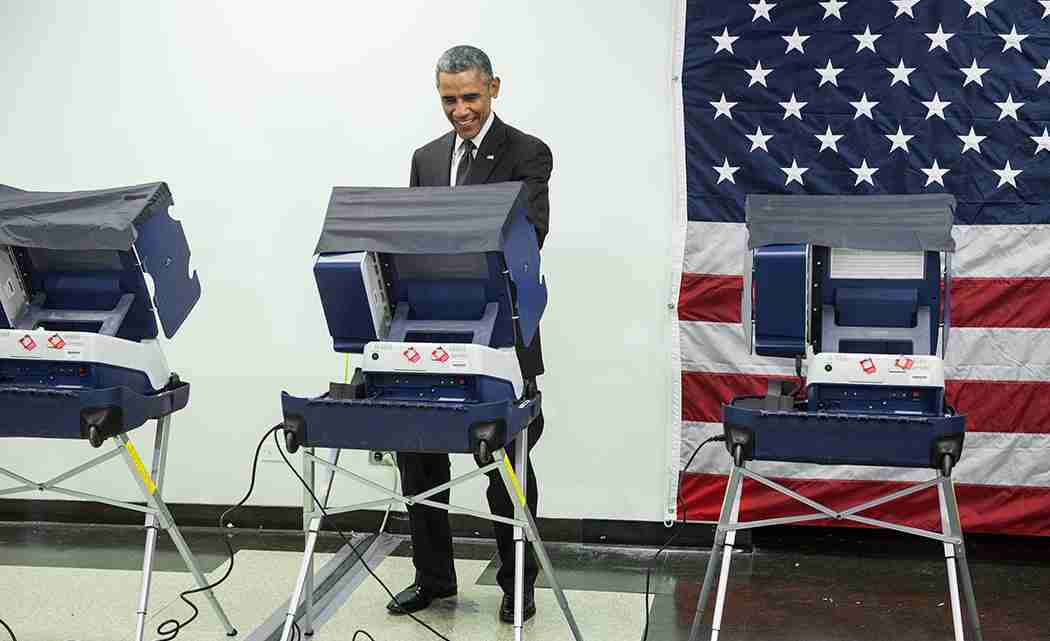 State tallies of early voting put Democrats ahead of Republicans by nearly 18 percentage points among ballots cast early in Louisiana, where Sen. Mary Landrieu faces an uphill battle to keep her seat. And in North Carolina, Democrats hold an early 17-point lead as another Democratic incumbent, Sen. Kay Hagan, fights for re-election.

Both margins are wider than in 2010, the last national midterms.

Yet in Iowa, the GOP runs a much narrower early voting gap than in recent years against Democrats, in what could be a good sign for their Senate nominee, Joni Ernst.

It’s all part of the jockeying ahead of Nov. 4, as both sides look to claim momentum. Republicans need six more seats to control the Senate for the final two years of President Barack Obama’s administration.

A key question on early voting is whether either party is actually coaxing new voters to the polls. If they’re just cutting into their usual Election Day turnout, early voting isn’t as likely to alter historical trends, which favor Republicans in midterms as more young and minority voters – who lean Democratic – stay home.

Nationally, almost 8.6 million Americans have cast ballots so far in 27 states. In 2010, nearly 27 million people cast ballots, including absentee, before the midterm elections, accounting for about 30 percent of the total electorate.

Here are some of the highlights from around the country:

Democrats finished 2010 with a 10-point early voting margin in an election in which Republicans re-elected Sen. Richard Burr and took over the legislature.

This year’s 17-point gap comes after those Republican lawmakers, led by Hagan challenger Thom Tillis, cut the numbers of days for early voting.

Ben Ray, spokesman for the Democratic Party’s turnout operation in the state, said party analysts have identified almost 42,000 early voters who didn’t cast ballots in 2010. That’s about 13 percent of the 326,000 votes cast.

At the Republican National Committee, spokesman Michael Short noted, “With states like North Carolina … there are a lot of conservative Democrats that vote Republican, particularly in federal elections.”

Registered Democrats have cast 41.2 percent of 306,369 ballots through the weekend, with Republicans on their heels with 40.4 percent. Four years ago, Democrats led Republicans 43.4 percent to 37.9 percent.

As in North Carolina for Hagan, that kind of shift could be enough to tilt the outcome for Ernst.

In Louisiana, the number of early ballots cast already has surpassed the advanced totals for 2010, the last national midterm election.

Registered Democrats have cast 52.2 percent of the votes, compared to 34.3 percent for Republicans. In 2010, when Republican Sen. David Vitter cruised to re-election, Democrats’ early vote lead finished at fewer than 6,000 votes, a margin of 4.4 percentage points. This year, their raw vote advantage stands at about 23,000.

But Landrieu will need as high a Democratic turnout as she can get to make up for her poor standing among white Republicans and independents who have helped her win close elections in the past. And all polls point to a runoff, with Republican Bill Cassidy holding consistent leads in a hypothetical matchup against Landrieu.

The RNC’s Short said Democrats “are whistling past the graveyard” if they’re clinging to early vote analysis.

In one of the tightest governor’s races in the country, Republicans maintain their usual advantage in the state. But the 8.5 point gap is smaller than the 12.7 point margin Republicans enjoyed four years (ago) when Rick Scott first won the job.

Still, Democrat Charlie Crist will not necessarily capitalize, as both parties could fall short of their total early vote in 2010. Independents have risen as a share of the early vote from 14.3 percent in 2010 to almost 17 percent this year.