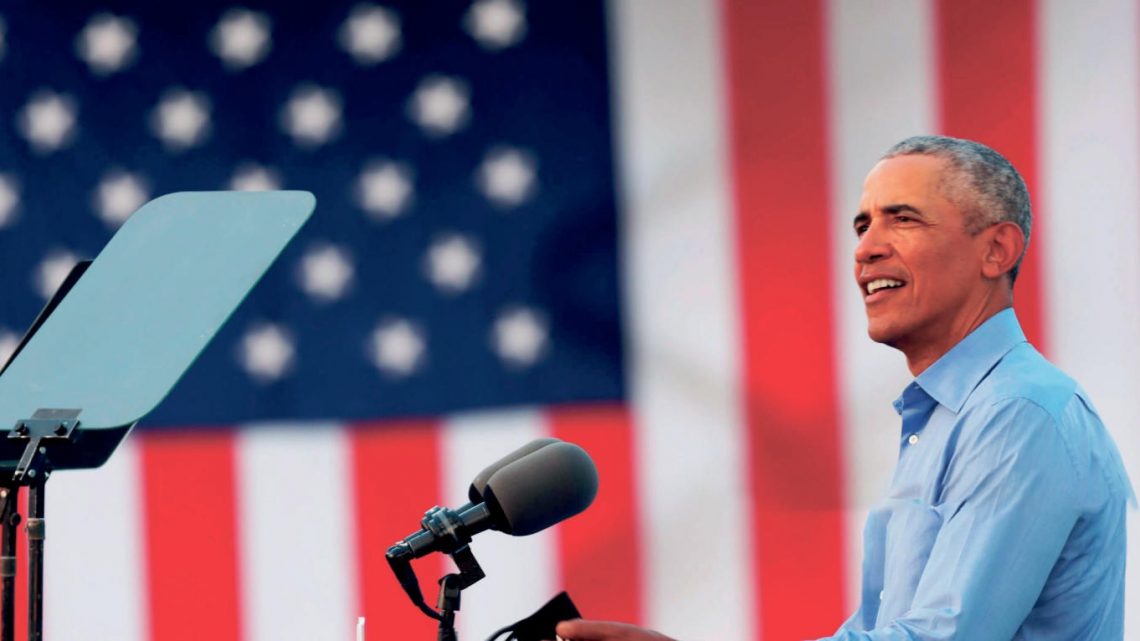 MIAMI – When Barack Hussein Obama was elected the 44th president of the United States, it was an historic moment in history. A Black man had ascended to the highest and most powerful ofﬁce in the country. A Black would reside in a formal seat of authority in the most racist, centrally located power threshold; the symbol for the throne of white supremacy: the White House. Hope and change, two of the words that would become forever linked to Obama, had somehow managed to arrive in America. 1600 Pennsylvania Avenue would never be the

same. We would never look at politics the same again. A Black man had done the impossible: inﬁltrated the ranks of White supremacy and promised that he was going to make some changes in how business was done. For the millions of Black Americans who supported his campaign and celebrated his inauguration Jan. 21, 2009, Obama was the fulﬁllment of a dream after 400 hard years of being systemically oppressed, discriminated against, and treated as third class citizens. Black America strutted proudly, basking in the moment that was surreal. Too good to be true.

Then seven months into his presidency, an incident occurred that affected the way Obama would see his role as America’s ﬁrst Black president, and how we would later canonize his tenure in the highest ofﬁce in the land. In simple words, “the beer summit.” Distinguished historian and Harvard professor Henry Louis Gates was dropped off at his Cambridge, Mass. residence on July 16, 2009 after returning home from a trip to China. His front door was jammed. The cab driver asked if he could assist. The two Black men struggled to get the door open but succeeded. In the process, a White neighbor called 911 and reported two Black men were breaking into a home. Police Sgt. James Crowley arrived at Gates’ home minutes later and after a heated discussion and identity shown, the Black scholar was arrested for disorderly conduct. The entire conflict brought to surface the discussion of the conflicting perception of policing and Black bodies.

President Obama then entered the national discussion at a press conference by uttering these words: “I think it’s fair to say, No. 1, any of us would be pretty angry; No. 2, that the Cambridge police acted stupidly in arresting somebody when there was already proof that they were in their own home. And No. 3, what I think we know separate and apart from this incident is that there is a long history in this country of African Americans and Latinos being stopped by law enforcement disproportionately. That’s just a fact.” Black America let out a collective sigh of relief. Finally! There was someone in a real position of power who understood our plight and was not afraid to address the untold number of years of racial bias and bigotry that Black Americans faced just going about their day to day lives from law enforcement. When President Obama announced that he was going to head up a mediation of sorts between Gates and Crowley, Black America sighed again. If seven months into Obama’s ﬁrst term in the White House was an indication of what was to come, Black America welcomed the next four years. It would be like heaven. Hope and change, here we come!

But as Barack Obama told CNN’s Anderson Cooper in a one-on-one interview Monday, his perception of what being president of the United States would look like, and what white Americans demanded he become, were two different things. First there was supposed to be a lunch meeting at the White House between Gates and Crowley. An actual healthy meeting of the minds over a meal. But soon that was reduced to commiserating over a few beers. And after that one giant step towards having a national conversation about racism in this country and the simmering anger Black Americans felt in 2009 regarding the way law enforcement policed their neighborhoods, that was that. One giant leap into what could have been with a Black president at the helm was reduced to an ineffective moment in a presidency during which the names Trayvon Martin (2012), Eric Garner (2014), Tamir Rice (2014), Michael Brown (2014) and Sandra Bland (2015) would forever be etched in Black America’s consciousness. These names and the incidences of white supremacist policing practices would power forward with a hiccup or two along the road until the murder of George Floyd last spring.

CNN’s Cooper listened intently to the ﬁrst Black president with the reverence that we all do. That marvel and awe that tends to glaze over our eyes whenever we look upon the personage that is Barack Obama. The fact that for once in our lifetime, the Constitution of the United States of America worked in our favor. But the reality is that we received a Black president on paper only. Obama pointed out to Cooper where the ﬁre ﬁzzled out for him and Black America, and when. “After I made the comment that the police ofﬁcer acted stupidly, my advisors informed me that my approval ratings had dropped.” Another fact. According to the Pew Research Center, before Obama made that infamous statement and then added that Black and Brown people in this country face a history of systemic racism and disproportionate and violent policing by law enforcement, his approval rating among White Americans was at 53%. After the press conference, Obama’s approval rating slipped to 45%.

Obama explained to Cooper on Monday that in July 2009, his advisors showed him what happens when he steps up to address the real issue of racism in America, and the backlash he received changed everything. Obama, under the guidance of his trusted advisors, became a president who “happened to be Black.” Research shows that Obama “spoke less about race in his ﬁrst term than any Democratic president since John F. Kennedy,” and that pattern would continue into his second. Twelve summers after the Gates incident and the “beer summit,” America would once again ﬁnd itself wrestling from within over the painful and conflicting past of racial discrimination and bigotry born from White supremacy. Former president Donald Trump asked supporters again over the weekend to “stop critical race theory” from being taught in schools, and several governors across the country, including Florida’s Ron DeSantis, have signed legislation that prevents it from being inserted in public education curriculum. Critical race theory is nothing more than telling the historical truth regarding the systemic pathology that elevates Whites over others in every major institution that this country holds dear. To understand how America arrived at this point, we must go back to the conversations that his administration’s advisors had with President Obama in 2009. That was a pivotal flashpoint that had a domino effect on how America reacts and responds to the concept of racial injustice and systemic racism. It was the litmus test on race relations in a 21st century America.

Previous post Chefs bring the Caribbean to homes around the world