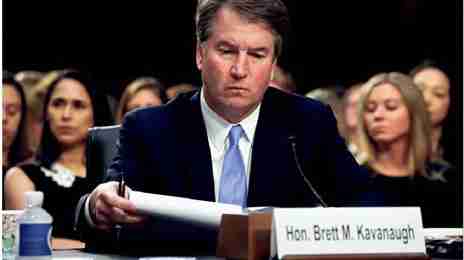 Brett Kavanaugh provides testimony before the Judiciary Committee of the United States Senate.

These days, even a United States Senator can feel unconstrained to act on his conscience only when he is not seeking re-election and does not have to face the wrath of Donald Trump. That is the case of Arizona’s Republican Senator Jeff Flake, who has emerged as the hero in the high drama of Brett Kavanaugh’s nomination to the U.S. Supreme Court.

Flake is credited with delaying the final vote by the full Senate by demanding a week’s delay to allow the FBI to update its background check on Kavanaugh following university professor Christine Blasey Ford’s sexual assault allegation.

Afterwards, Flake made it clear in media interviews, especially with The Atlantic magazine and CBS News, that, contrary to the prevailing wisdom, he was motivated not by an emotional confrontation with two women in an elevator.

In fact, he had been prepared to believe Kavanaugh, in the absence of evidence to support Blasey Ford’s accusation. “I’m a conservative. He’s a conservative judge,” he told reporters.

Rather, he wanted to protect “the process” by safeguarding the “credibility” of the Senate and the image of the Supreme Court after the acrimony of the Kavanaugh hearing.

“I knew … that people needed to be more comfortable moving ahead … and most of all that the country needs to feel better about this,” he told reporters.

That meant bipartisanship and Flake needed support from Democrats, who were so alienated from “the process” that several walked out of the hearing at one stage. Flake found an ally in Delaware Senator Chris Coons, with whom he had developed a friendship despite their clashing ideologies.

Coons had been expecting that Flake, with no fear of a voter backlash, would block the nomination. When he learned that was not the case, he gave an impassioned short speech in the committee lamenting that the bickering was making it “very difficult for us to take off our partisan jerseys and at some point, get back to the important work of finding solutions to the challenges facing this country.”

That was apparently just what Flake wanted to hear and he called his friend for a private discussion, telling him, as Coons remembers it, that the Democrats’ demand for a delay in the final vote to allow the FBI to probe further into Blasey Ford’s complaint was “perfectly reasonable.” Flake spoke to other Democrats, according to CBS News, and asked them, “What would cause you to say we have a better process?” He already had his answer, though, and he would win support from two other Republican Senators, both, unlike him, regarded as moderate: Susan Collins of Maine and Lisa Murkowski of Alaska.

So, Democrats got their delay and the FBI re-opened its background check.

Whether the additional probe will uncover any damaging information on Kavanaugh, especially his drinking habits, remains to be seen. The speed with which Trump agreed to bring in the FBI – just hours later – is uncharacteristic of the hardball politics he and the Republican leadership are notorious for. After all, Senate Majority Leader Mitch McConnell, for more than 400 days, blocked President Barack Obama’s nomination of

Merrick Garland to fill the seat on the court left vacant by the sudden death of arch-conservative Antonin Scalia in hopes that a Republican would be elected president. Trump won and he successfully nominated Neil Gorsuch, also a conservative.

He tapped Kavanaugh after Justice Anthony Kennedy announced his retirement. Until his successor is seated, the court, which opened its new session on Monday, is split 4-4 between so-called liberals and conservatives, which, as seen during the Scalia vacancy, limits the scope of its work. The Republicans want Kavanaugh to solidify a 5-4 conservative majority.

If there seems to be a rush to ram his appointment through the Senate, it is for good reason. Some polls are predicting that the Democrats have a chance of winning the Senate in the Nov. 6 mid-term elections.

If Kavanaugh is blocked, Trump will pick a replacement from the list of 21 names which the arch-conservative Federalist Society gave him during the campaign. That would require the confirmation process to be restarted and, if it goes beyond the elections five weeks away, the Democrats would be able to do to the Republicans what they did with the Garland nomination: freeze it — until the 2020 presidential election.

But Kavanaugh is not done yet. The reopened FBI investigation could be just a fig leaf. Trump and company ignore the possibility that he lied about his drinking habits, his temperament and his crass partisanship. They discount Blasey Ford’s credibility, despite risking further alienating women voters. Control of the court for 40 or so years is a bigger prize than one mid-term election, especially since Trump will still be in office. If they cannot seat Kavanaugh, expect them to swiftly name a replacement and ram the nomination through the Senate in the remaining weeks. What is there to stop them? 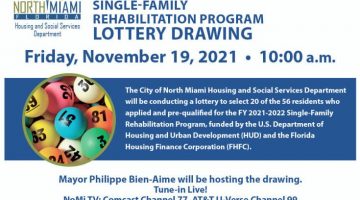