Study: Asians expected to become largest immigrant group in US 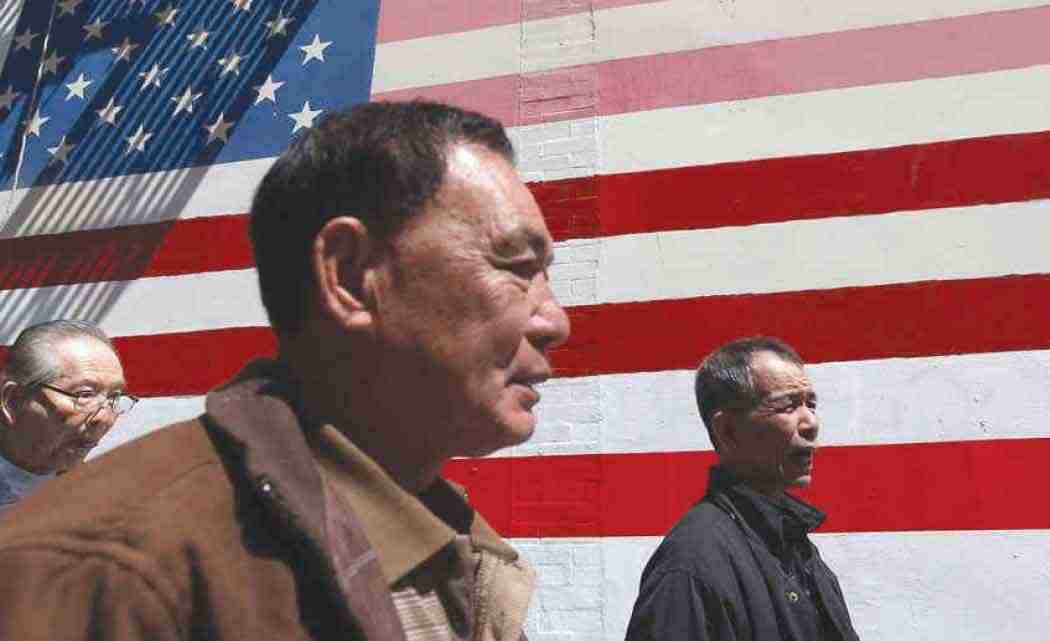 The study looks in detail at what will happen by 2065, but the actual tipping point comes in 2055.

An increase in Asian and Hispanic immigration also will drive U.S. population growth, with foreign-born residents expected to make up 18 percent of the country’s projected 441 million people in 50 years, the Pew Research Center said in a report being released Monday. This will be a record, higher than the nearly 15 percent during the late 19th century and early 20th century wave of immigration from Europe.

Today, immigrants make up 14 percent of the population, an increase from five percent in 1965.

The actual change is expected to come in 2055, when Asians will become the largest immigrant group at 36 percent, compared with Hispanics at 34 percent. White immigrants to America, 80 percent back in 1965, will hover somewhere between 18 and 20 percent with black immigrants in the eight percent to nine percent range, the study said.

Currently, 47 percent of immigrants living in the United States are Hispanic, but by 2065 that number will have dropped to 31 percent. Asians currently make up 26 percent of the immigrant population but in 50 years that percentage is expected to increase to 38 percent.

Pew researchers analyzed a combination of Census Bureau information and its own data to develop its projections.

Part of the reason for the shift is that the fertility rate of women in Latin America and especially Mexico has decreased, said Mark Hugo Lopez, Pew’s director of Hispanic research. In Mexico, Lopez said, women are now having around two children, when back in the 1960s and 1970s, they were having about seven children per woman.

Despite the increase in Asian immigrants, Hispanics will still make up a larger number inside the United States, Lopez said.

By 2065, no racial or ethnic group will hold a majority in the United States, with whites holding 46 percent of the population, Hispanics at 24 percent, Asians at 14 percent and blacks at 13 percent. Currently, the country is 62 percent white, 18 percent Hispanic, 12 percent black and six percent Asian.