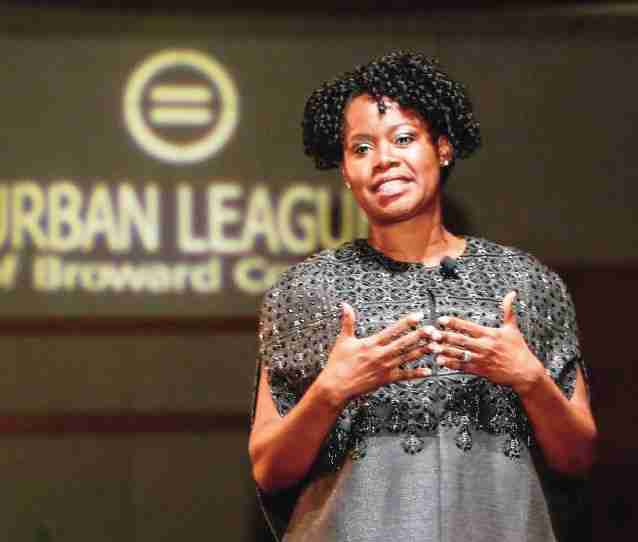 Fort Lauderdale, Fla – A recent study revealed a wide living and economic disparity among the Black, white and Hispanic populations in Broward County. Most African Americans face the challenges of poverty, unemployment, an affordable housing and public health crisis, lack of equity in education, and are more likely to be incarcerated in comparison to their white counterparts who have achieved prosperity, according to a study.

Blacks and Hispanics constitute 58 percent of the population in Broward County.

The study that spotlighted the disparity was conducted by the Urban League of Broward County, Florida International University’s Jorge M. Perez Metropolitan Center and Hispanic United of Florida.

The ﬁrst of its kind, they teamed up to launch the State of Black and Hispanic Broward, an initiative to advance equity and support for Broward families to address a range of economic and social issues in Broward County’s Black, Hispanic and immigrant communities.

The three entities released the factﬁnding report during a news conference on February 22 at the Broward County Library, which highlighted the experiences of Blacks, Hispanics and immigrants living in Broward over the past 10 years.

Urban League of Broward County President and CEO Germain Smith-Baugh said the study focused on issues like the economy, public education, public health, housing and criminal justice, areas where the Black and Hispanic populations are falling behind.

In addition, the two populations were hit the hardest by the impact of the COVID-19 pandemic, and Blacks in Broward County experienced higher crime rates in their neighborhoods.

A bright point for Blacks and Hispanics is an increase in Broward County’s voting age population over whites.

Whites voting age population decreased by 8.2 percent since 2008 while the Hispanic and Black populations experienced an increase by 98.8 percent and 46.7, respectively.

Smith-Baugh said the goal is to help Broward County build a better and brighter future for its residents which is a major challenge.

She said lawmakers and other policy makers and organizations must get involved to close the disparity gap among Broward’s populations.

The Urban League of Broward County has produced reports to examine its current offerings, shift its focus as necessary and engage community stakeholders to address the challenges. "These reports also have been used by local organizations, policymakers, and civic leaders as advocacy and policy tools," Smith-Baugh said. "Equipped with reliable, accurate data, we as a community are better prepared to make informed decisions that will build upon existing efforts to improve life outcomes."

Felipe Pinzon, president and CEO of Hispanics United of Florida, said Hispanics and immigrants constitute 34 percent of Broward’s population, and by 2040, 52 percent of the population in Southeast Florida will be Hispanic.

"With every new wave of immigrants, the community grows and changes, assuming qualities from its new residents that become engrained in the character of the area," Pinzon continued. "For centuries, immigrants journeyed to America in the hopes of building better lives for themselves and their families."

Pinzon said racial and ethnic divides and disparities continue to persist despite laws that were enacted to prohibit segregation and discrimination.

He said the COVID-19 pandemic was the best example.

"Evidence indicates the health, economic, and community impacts of the pandemic has been borne disproportionately by (sic) minority populations, individuals and families living in poverty and noncitizen immigrants," he said. "The economic burden of the pandemic has also fallen more heavily on minority workers and business owners.

"It is anticipated that without carefully crafted responses, the health and economic crisis created by the pandemic may increase inequality, exclusion and unemployment in both the short-and long-term."

According to the study, in Black and Hispanic households in Broward County, income inequality has resulted in low median household and experienced higher poverty and unemployment rates.

Though Blacks were employed at a higher rate than whites, Blacks household income is $47,864, which is 71 percent that of white households, and the percentage of Black families with children living in poverty is nearly four times higher than white families.

The median income for Hispanic households is $58,522 or 87 percent that of white households.

But the labor force participation rates for Blacks (71 percent) and Hispanic or Latino (71 percent) populations are much higher than whites (58.9 percent), and the national average of 61.8 percent.

Though graduation rates have improved for Blacks and Hispanics in the past 10 years, Blacks have the most unexcused absences and most suspensions than Hispanics and whites.

Most of public schools in Broward graded as C or D are located in communities with a high concentration of Black and Hispanic populations including 22 of the 2021-2022 lowest 300 performing elementary schools in the state of Florida.

A disparity in public health also exists between the three racial groups.

The infant mortality rates for Broward County’s Black residents are higher than white residents, and the birth rates for obese mothers are also higher among Blacks, as well as the rate for infant mortality, which has not improved over the past 10 years.

In addition, the study discovered Blacks and Hispanics have the highest HIV and AIDS diagnosis rates and deaths than whites in Broward County.

South Florida is facing an affordable housing crisis as the prices of homes have skyrocketed over the past ﬁve years, making it difﬁcult for residents whose incomes are not enough to buy or rent homes.

In Broward County, the study found higher levels of cost-burden and overall housing distress is less affluent in Black and Hispanic communities, and homeownership rates are lower among them as well.

The report said fair housing and lending issues prevent Blacks and Hispanics from purchasing homes, and their purchase-loan denial rates are much higher than white applicants.

For criminal justice, the study discovered the overall arrests rates in Broward declined by almost 40 percent since 2011.

According to the Florida Department of Juvenile Justice, Broward County ranked fourth in juvenile arrests (2,735), and the arrests were down 61 percent in Broward County and 54 percent throughout Florida from 2015-2020 due in part to the pandemic.

However, juvenile arrests in Broward County by race showed a disparity between Blacks and whites.

In 2020, 71 percent of juvenile arrests were Blacks compared to 11 percent among white juveniles.

Smith-Baugh said Blacks are sliding back in some areas but also progressing in others.

"We are getting better in some areas, and we need improvement in other areas," she said. "We have to challenge each other and not lose hope. Political leadership and organizations leadership are critical to address the racial equality issue. It maybe not your fault but it is our problem."

Dr. Ned Murray, associate director of the FIU’s Jorge M. Perez Metropolitan Center, said the disparity among the populations is an opportunity for stakeholders to engage in a series of community dialogues to change the demographics in Broward County.

He said the trend will continue for another ﬁve or 10 years unless signiﬁcant changes can be made.

Murray encouraged voters in Broward County to use their voices for changes for the upcoming 2022 midterm elections.

"The voters can have an impact since we are seeing higher numbers of people voting in recent history," he said.

Next post Trayvon Martin 10th anniversary: A look at the primary players