SYNAGOGUE SHOOTING WORST OF MANY HATEFUL ATTACKS IN OCTOBER 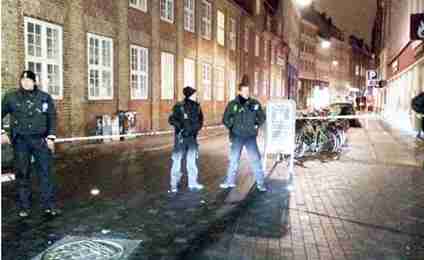 Kevyn Perkins stopped cold when he saw the letters scrawled on the door to his dorm: “N—- go back” it said, inked in messy red marker. First he was blinded by confusion. Then rage. And then all he could think about was dropping out, finding a new school, escaping for good.

“I thought maybe I don’t belong here. So I called my brother and I said, `pick me up,”’ said Perkins, 19, a freshman at the University of St. Thomas, a private and mostly white school in St. Paul, Minnesota. “He said that’s what they want you to do – you have to stay there and stay strong.”

Often overlooked amid the recent intense spasms of hatred – 11 dead in Pittsburgh synagogue, two African-Americans gunned down in a Kentucky grocery store, 13 mail bombs sent to prominent Democrats – are nearly daily flashes of hate that are no less capable of leaving their victims with deep and permanent emotional wounds.

In October alone, there were dozens of examples of the kind of hatred that smolders without ever reaching national attention. It stretched from coast to coast, targeting victims because of their race, religion, sexual orientation, gender and myriad other differences.

An Indiana woman was arrested last week after leaving a racist letter directed at African American neighbors, urging them to leave the neighborhood because black people weren’t welcome. As early voting started in North Carolina, a black Republican volunteer was accosted with slurs and had a gun pulled on him at a polling place, leading to one man’s arrest. An Uber passenger in Colorado was arrested after threatening his Middle Eastern driver and chasing him down the street because police said he “hated all brown people.” Violent clashes broke out in New York City after a speech by the founder of a far-right group, leading to three arrests.

In a Texas courtroom, a man was sentenced to 24 years in prison on Oct. 17 for torching a mosque near the U.S.-Mexico border last year because of what authorities said was a “rabid hatred” of Muslims. In sending the arsonist to prison, Judge John Rainey declared: “This must stop. It is like a cancer to our society,” adding that incidents like this create “fear all over the world.”

Anti-Defamation League CEO Jonathan Greenblatt said xenophobic rhetoric is feeding the anxiety of the current political moment, and that anxiety is prompting fear and promoting resentment and “all the worst impulses.”