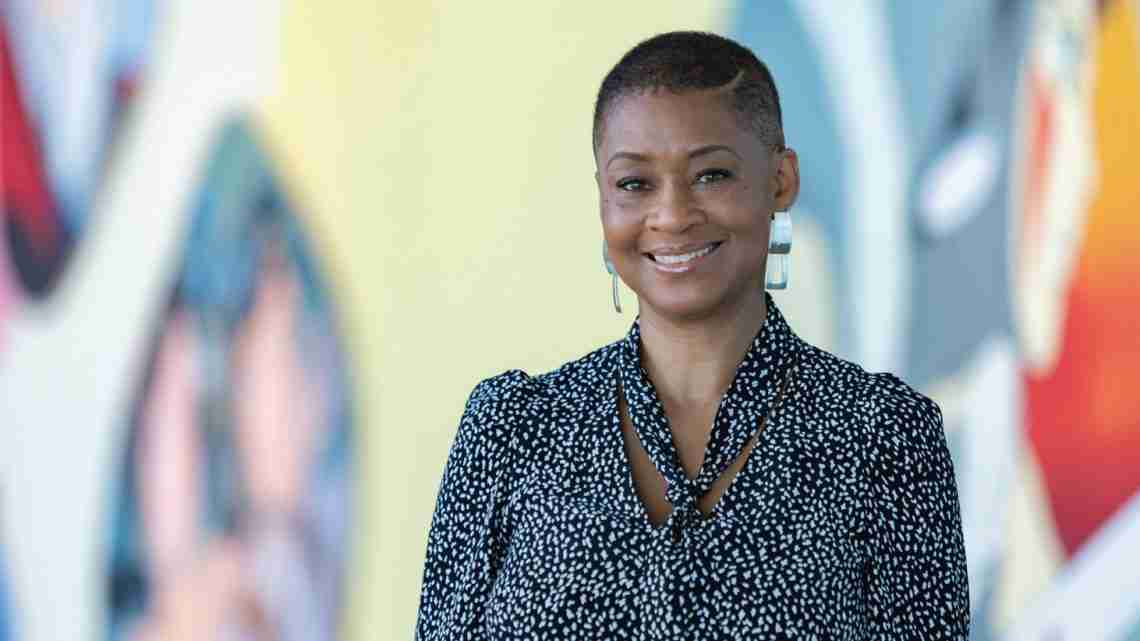 The result is both celebratory and thought-provoking.

“Our programing runs all the way from the 1920s to 2014, almost a century of African American ﬁlmmaking,” Stewart said. “We see the same kinds of themes, a call for racial justice. People will get a much deeper sense of the complexities of these questions and why we have to be raising these questions in our country.”

The February slate honoring African American ﬁlms and creators is just one aspect of how Stewart, TCM’s ﬁrst and sole co-host of color since 2019 and a University of Chicago professor, has upped the channel’s game.

Focusing on Black ﬁlm history once a year “can’t be the full-stop experience for TCM,” said Pola Changnon, its general manager.

“Having Jacqueline at the table, she’s a voice in driving the programing selections,” Changnon said. “She’s really great in pointing us to things that we might not have thought of before, not only ﬁlms, but also other experts who can really bring life to these movies.” Stewart, whose academic focus is on silent ﬁlms and Black cinema, was a TCM guest before she was brought in as the ﬁrst host of the ongoing “Silent Sunday Nights” showcase for domestic and international ﬁlms and shorts.

In 2021, the newly opened Academy Museum of Motion Pictures in Los Angeles named her its chief artistic and programming executive, with a portfolio including screenings, exhibitions and educational outreach. (Stewart is on sabbatical from the cinema and media studies department at the University of Chicago, where she earned a doctorate degree in English).

Last year was a banner one: Stewart received a fellowship from the MacArthur Foundation, an honor nicknamed the Genius Grant, for ensuring that overlooked Black ﬁlmmakers and audiences have “a place in the public imagination,” as the foundation said.

She considers her work to be part of a larger and urgent American reassessment: “We all need to think more deeply about questions of racial equality and social justice” as the past several years have shown.

“We’ve had some really deep conversations at TCM about what it means to show classic ﬁlms at this historical moment, and how we can reflect on the legacies of misrepresentation in those ﬁlms and an erasure of people of color,” she said, and on “the sexism and homophobia, the transphobia, that we ﬁnd in classic ﬁlms.”

BLATANT STEREOTYPING Last year, for TCM’s “Reframed: Classic Films in the Rearview Mirror” project, Stewart and her four co-hosts examined blatant racial stereotyping and other demeaning elements in movies including 1927’s “The Jazz Singer,” 1939’s “Gone With the Wind” and 1961’s “The Children’s Hour,” which depicts same-sex relationships as shameful.

Stewart’s appearances as a guest expert on TCM eventually put her in the co-host lineup with Ben Mankiewicz, Dave Karger, Alicia Malone and Eddie Muller.

“We were always so impressed with not only everything she knew coming in, but just her grace and presence in being on camera and communicating with another host about what she knew,” Changnon said. “Not everyone can translate that kind of academic expertise” for viewers.

“Having two ﬁlms by Oscar Micheaux, two ﬁlms by the Colored Players (ﬁlm company) of Philadelphia – they’re some of the most moving and accomplished of the early race ﬁlms,” Stewart said, applying the term generally used to refer to movies made by and for African Americans in the ﬁrst half of the 20th century.

“I hope people take advantage of the opportunity to see them and to see the conversations that we have about them,” she said.

“Oscar Micheaux: The Superhero of Black Filmmaking,” airing 9:30 p.m. EST Sunday, examines the work of the director and producer who made 40-plus silent and sound ﬁlms. David Oyelowo is on board Feb. 20 and 27, for presentations including “Selma,” “Malcolm X” and the 1968 documentary “Black Panthers.”

“I really appreciated the deep ways in which he thinks about the signiﬁcance of the roles that he takes. He talks about playing Dr. Martin Luther King in `Selma’….and the urgency of stories like that for our contemporary moment,” she said.

Stewart’s research, teaching and writing, including the 2015 book “L.A. Rebellion: Creating a New Black Cinema,” prepared her to expand her audience to the universe of ﬁlm buffs – which she’s been part of since childhood.

Growing up in her native Chicago, Stewart and an aunt would indulge regularly in watching late-night ﬁlms on TV.

“We would talk about the movies during the commercial breaks and her passion for classic movie stars,” Stewart recalled. “Her fandom really rubbed off on me.”

Her attention was caught by the Black actors who were largely relegated to minor roles in most Hollywood studio productions.

“They may be uncredited and they’re playing servants, but they’re there. Our eyes go to those actors, and I was always intrigued by people like Hattie McDaniel and Willie Best and Theresa Harris,” she said. “I always felt even though Black people were not at the center of the narrative of mainstream classical ﬁlms, the presence was there.

“I became curious about that presence, and I wanted to know more about what those people were. And I wanted to think about the racial politics of presenting Black people in those ways on screen,” Stewart said.

Silent ﬁlms also fascinated her, becoming a tentpole of her studies.

“I love silent acting styles because you’re not relying on the dialogue to tell the story. Instead, actors are really doing things in terms of their expressions, in terms of the ways that actors interact with each other,” she said. Silent ﬁlms are a “much more sophisticated form of artistic expression… and they laid the groundwork for everything that comes after.” Stewart ultimately coupled her early love of movies with the direction gained from her extended “family of teachers” in Chicago’s public schools.

“It’s a family that really believes strongly in education and (held) a lot of expectations about how best to use the gifts that you have and the privileges that you have,” she said.

Next post More than sky is falling in lunar drama ‘Moonfall’