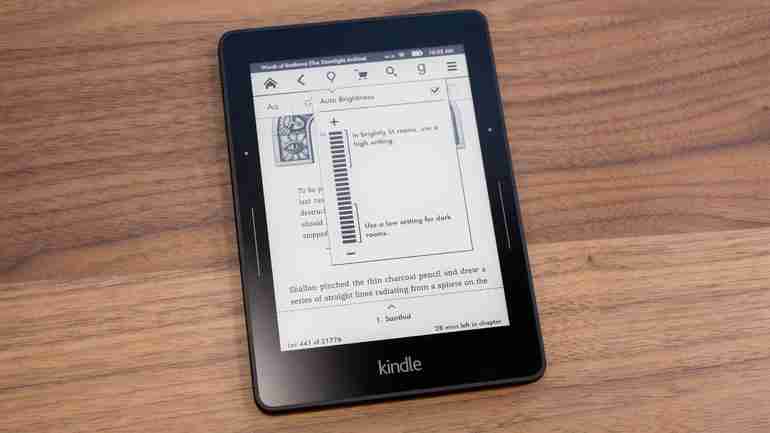 Facebook’s latest app promises to help you organize photos on your phone and share them with friends privately.

The new app, Moments, uses facial-recognition technology to group photos based on who’s in them. This is the same technology that Facebook already uses to tag your friends on the site. Google and other companies are also using facial recognition and other forms of artificial intelligence to help sort the hundreds, if not thousands of photos most of us tend to amass on our phones. Facebook’s new app comes just weeks after Google launched its own service for organizing all the photos that collect on phones.

Moments lets you send photos to your friends privately, while the main Facebook app is mostly about sharing photos more broadly.

CEO Mark Zuckerberg wrote on his Facebook page this week that the app will let friends pass along photos of you they have hidden in their camera rolls. He sees the technology going much further, though.

“Now imagine a system that can identify words on a screen for a blind person and read them aloud, help an autistic child to decipher facial expressions, or identify street signs in one language and instantly translate them to another,” he wrote.

Moments is available on iOS and Android devices in the U.S., with more countries to come.

Moments is the latest stand-alone app from Facebook, joining Messenger and lesser-known products like the calling app Hello. Moments comes out of Facebook’s Creative Labs division, which regularly churns out apps as it tries to function more like a nimble startup. Although some apps might flop, Facebook gets to embrace its now-retired catchphrase “move fast and break things.”

Amazon is updating its Kindle Paperwhite e-reader with a sharper display and a new font. The price stays at $119.

The new Paperwhite’s resolution has twice the pixels as the previous version for a sharper display. The new resolution, 300 pixels per inch, matches that on the higher-end Kindle Voyage device.

Amazon started selling the Paperwhite in 2012. The company also sells the higher-end Voyage for $199 and a basic Kindle for $79. It also sells tablets, a smartphone and streaming-TV devices. All of them seek to steer users to e-books and other content sold by Amazon.com Inc.

Sony has a new smartphone coming this summer.

The new Xperia Z4v borrows camera and sound technology from Sony’s other products, and it offers integration with Sony’s PlayStation game console, including game play on the phone when away from the TV.

The new phone also sets itself apart from competitors in offering waterproof capabilities. Unlike past Xperia phones, there’s no need to keep the USB port covered to get the protection. Samsung had water-resistance features in last year’s Galaxy S5, but dropped that in more recent models.

Sony isn’t providing a price or a release date yet, but it says the phone will be available only through Verizon Wireless, the nation’s largest wireless carrier.

Yahoo CEO Marissa Mayer believes a new deal to stream an NFL game live could turn into a defining moment for the Internet company.

If Yahoo is able to deliver the game over the Internet without major problems, Mayer believes it will prove her company’s greatest strength lies in its ability to straddle the technology and media industries.

Yahoo is paying the National Football League for the right to stream the Oct. 25 game between the Jacksonville Jaguars and Buffalo Bills, though neither side has disclosed the amount. The NBC, CBS, ESPN and Fox television networks are currently paying the NFL an average of about $19 million per game, including the playoffs, under long-term contracts running through the rest of this decade.

It’s the first time that NFL has sold the rights to a game to an Internet company so it can be streamed in its entirety for free. The Bills-Jaguars game will still be televised, like all other NFL games, in the local markets of the two teams playing each other.

Mayer hailed the deal as “historic” opportunity for Yahoo to expand its audience and sell more advertising as the company tries to boost its revenue after years of little or no growth.

“We would like to do a beautiful job and have this lead to something bigger” with the NFL, Mayer said.

Next post Plenty of changes could come to the NBA, and quickly