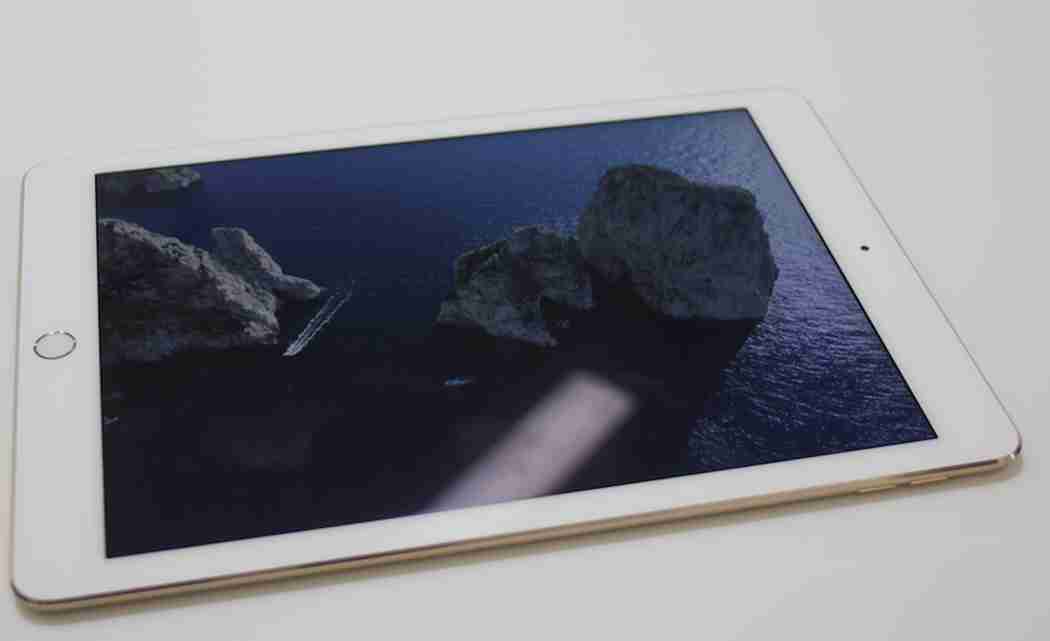 Last year's iPad Air was a huge improvement over the 2012 iPad, so this year's update seems small by comparison. The improvements might not be enough for existing iPad Air owners to upgrade, but there's enough there for those who have older models or are getting their first tablets.

CUPERTINO, Calif. (AP) -If I’ve seen you taking photos with a tablet computer, I’ve probably made fun of you (though maybe not to your face, depending on how big you are). I’m old school: I much prefer looking through the viewfinder of my full-bodied, single-lens reflex camera, even though it has a large LCD screen.

And what you see – and get – with the iPad Air 2 is a better camera. The rear one now matches the iPhone’s 8 megapixels, up from 5 megapixels, and incorporates features such as slow-motion video. Packed with a faster processor, the 9.7-inch tablet is also 18 percent thinner and 7 percent lighter than the previous model, at about a quarter of an inch and just under a pound.

Last month’s iOS 8 software update brought panorama and time-lapse features to the iPad. With the iPad Air 2, you can snap 10 shots per second in a burst mode – great for restless kids, as you can choose the best shots later. You also get slow-motion video, though only at 120 frames per second. The new iPhone 6 and 6 Plus offer 240 frames per second as well, so motion looks even slower.

Unfortunately, the iPad still doesn’t have a flash. Although I prefer taking shots with natural light anyway, a lot of people like the flash. My advice is to light subjects with the iPhone’s flashlight.

An anti-reflective coating reduces glare on the iPad Air 2. It’s a first for Apple and possibly a first for any consumer mobile device. I was dubious until I watched video with light shining in through my window. The coating didn’t eliminate glare completely, but made video viewable. The glare was too distracting on last year’s Air.

The coating also promises to improve contrast. However, I had to look hard to notice differences in some dull-color scenes in Showtime’s “Homeland.” In many cases, the quality of the video stream makes a bigger difference.

For the iPad Air 2 only, there’s a faster Wi-Fi technology called 802.11ac, though you need new home-networking equipment to take advantage of it. The Air also gets a barometer sensor to track elevation in fitness apps.

The update in the iPad Mini is less pronounced. That makes it less tempting to save $100 by going for the Mini. For the same price as an iPad Mini 3, you can get last year’s full-size iPad with similar technical specifications. Bargain hunters should consider previous versions of the Mini, including the original model for $249, the cheapest iPad yet.

Previous post No. 9 Georgia to ask for Gurley's reinstatement