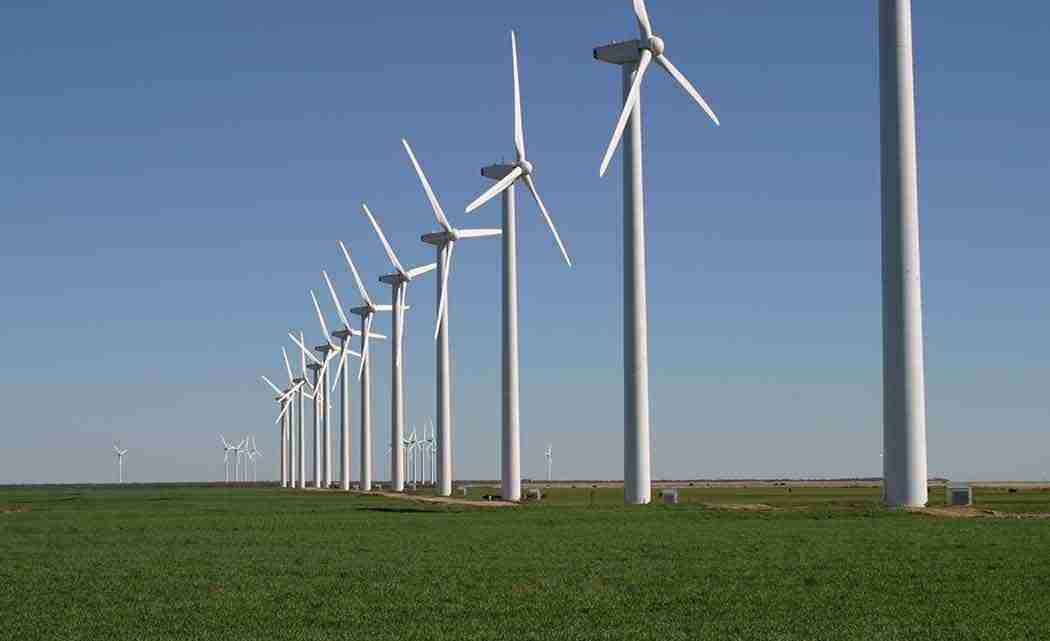 On a vast tract of old North Carolina farmland, crews are getting ready to build something the South has never seen: a commercial-scale wind energy farm.

The $600 million project by Spanish developer Iberdrola Renewables LLC will put 102 turbines on 22,000 acres near the coastal community of Elizabeth City, with plans to add about 50 more. Once up and running, it could generate about 204 megawatts, or enough electricity to power about 60,000 homes.

It would be the first large onshore wind farm in a region with light, fluctuating winds that has long been a dead zone for wind power.

After a years-long regulatory process that once looked to have doomed the plan, Iberdrola spokesman Paul Copleman told The Associated Press that construction is to begin in about a month.

Right now, there’s not a spark of electricity generated from wind in nine states across the Southeast from Arkansas to Florida, according to data from the American Wind Energy Association, an industry trade group.

But taller towers and bigger turbines are unlocking new potential in the South, according to the U.S. Department of Energy, and the industry is already looking to invest.

And with the electricity system in the region undergoing a period of change as coal plants are phased out, some experts believe the door is open for renewables like wind.

“If you go higher, the wind is better,” said Jose Zayas, director of the Wind and Water Power Technologies Office at the Department of Energy. “The question is how you get there responsibly and economically.”

The average tower height now in the U.S. is about 260 feet; the new technology allows turbines to mine air at 460 feet.

The project in North Carolina was not viable just a decade ago, company officials said. But the new, larger turbines unlocked the area’s potential.

“In the past this site barely showed up on old (wind) maps. It was a little brown smudge,” said Craig Poff, one of the developers, referring to color-coded wind resource maps. “The larger-diameter rotors are really the game-changer here.”

Spiraling wind farms in 36 states already generate about 5 percent of U.S. energy _ low compared to other countries like Denmark (28 percent), Portugal, Spain and Ireland (16 percent each). South Dakota and Iowa already derive about 20 percent of their electric energy from wind, according to the National Renewable Energy Laboratory.

The Energy Department believes the U.S. can generate 20 percent of the country’s power with wind by 2030, and opening up the Southeast and other new areas is a key to achieving that goal.

There are hurdles: Utilities in most Southern states have not invested heavily in renewable energy. Also, only North Carolina has adopted a state law mandating utilities to increase their renewable energy portfolios.

But other factors are already forcing change in the region’s energy market. Abundant natural gas, coal being phased out and aging nuclear plants are creating a potentially robust market for wind power as utilities seek the next best investment to add to their energy mixes, said Jonas Monast of Duke University’s Nicholas Institute for Environmental Policy Solutions.

“It’s conceivable that we can see a dramatic growth in wind as we’ve seen in solar because utilities are entering into a new phase,” he said.

Florida, Alabama and Georgia have signed contracts to start importing wind power from other regions to help with fuel price volatility. Wind farms have been proposed in Kentucky, Virginia, Alabama and other areas, the industry group said.

“Quite frankly, often this is driven by customer demand and I don’t really sense consumer demand in the Southeast, particularly in Alabama,” said Clark Midkiff, a mechanical engineering professor at the University of Alabama who studies energy issues in the region.

Another issue facing wind farms in the Southeast is protecting the region’s birds and bats.

The danger of wind turbines to birds like rare golden eagles and bats has plagued or derailed major projects in the West. Avian research is now factored into decisions on where to put wind farms, and can make or break a project.

Because no wind farms exist anywhere in the South, little research has been done on the issue. Researchers and developers will have to catch up.

“This is a community that has not experienced a lot of wind,” said Zayas, of the Energy Department. “And understanding and recognizing we can deploy these responsibly with biological and agency (studies) of species is a priority.”