There is African presence in the Christian Bible 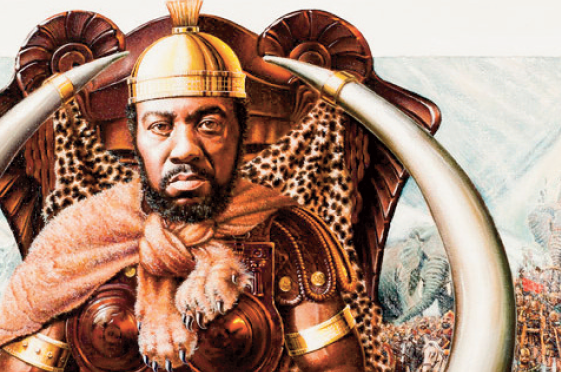 “I am black and beautiful, O daughters of Jerusalem, like the tents of Kedar, like the curtains of Solomon.” – Song of Solomon 1:6
In the early 90’s I was asked to teach a class to the youth of our Baptist Association in South Florida on African presence in the Bible. Until that time, not much had been presented in my religious or academic circles on African or Black History before 1619.

Most of the students and their sponsors who attended this course considered the Bible neutral in the areas of color, culture, and class. I used as my text the book written by Dr. Cain Hope Felder entitled Troubling Biblical Waters. And I tell you, many waters were troubled when I began to unfold some of the facts about our Bible and the inclusion of people of color.

It was troubling because many Old Testament scholars, particularly European scholars of the 18th, 19th and early 20th century had written their books and commentaries on the Hebrew Scriptures (Old Testament) from the perspective that there were no people of color mentioned.

It is a fact that the majority of European artists and Bible commentators painted and described all biblical characters, including God, as white. This had the effect of excluding blacks from being a part of scripture and has led some people of color to question the Bible’s relevance to them.

So it was important that the students attending my class receive another perspective on a people who are peculiar and precious. As it turned out, the class I taught began a process of putting to rest some of the biased and unfair distortions of scripture.

You see, exclusion was a part of the problem. Where the presence of blacks in the Bible was admitted, primarily among uninformed whites, outrageous myths and fables abounded. This was especially true among white Christians living in the southeastern United States prior to the Civil War. These denigrating tales were believed to support the racist (and unbiblical) notion that the Bible supported a white subjugation of black people. Almost everyone has heard about the curse of Ham.

Another part of the problem was properly identified inclusion. I mention here just a few of many blacks who are part of biblical history. Jeremiah had been cast into a dungeon to die. In Jeremiah 38:7-12, and 39:16-18 is told the story of how Ebed-melech, the Ethiopian (Black) eunuch, petitioned the king and took men to rescue Jeremiah. He was not willing to stay back. He was willing to get involved in this great injustice. In Jeremiah 39:18 God tells Ebed-melech, “As a reward for trusting me, I will preserve your life and keep you safe.”

Again in the Old Testament, or Hebrew Scriptures in Numbers 12, scholars now widely assert that Moses’ wife Zipporah was black, because it is written that she was a Cushite. The ancient land of Cush is now known as Africa today.

In the Christian Scriptures (New Testament) according to Mark 15:21, the people compelled a North African black man, Simon of Cyrene, to carry the cross of Jesus. In Acts, chapter 8, an unnamed Ethiopian eunuch is mentioned and he becomes a Christian through the evangelistic efforts of Phillip.

While ultimately, the message of the Bible makes skin color meaningless and demonstrates how God looks on the inward person rather than the outward, it is transformative and redemptive to know that blacks are a part of the bible story. The mention and message of blacks and their significant presence in the Bible deserves celebration, and not repression.