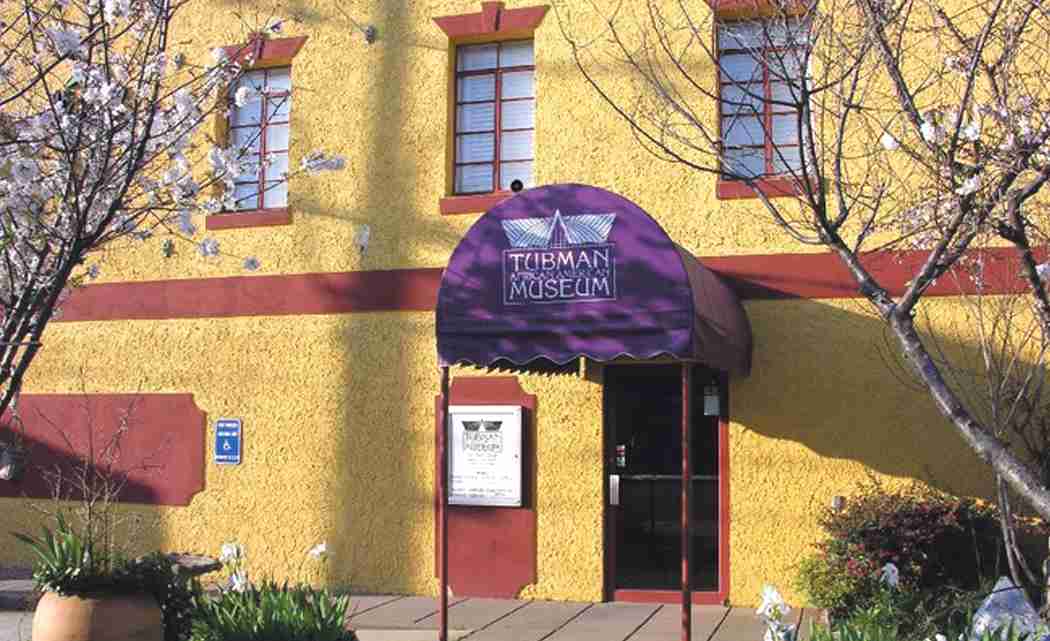 A 74-foot-tall circular atrium will welcome visitors in the spring for the museum’s soft opening, but for now the downtown building is filled with echoing voices and the sound of construction workers as they make final touches.

David Thompson, a founder of the Piedmont Construction Group, said the museum is by far the longest project he has ever worked on.

“I’ve been involved for 15 years on this project,” Thompson said. “We started and it stopped for years and years. We started the budgeting in 1999. … We all have been for decades waiting on this moment.”

Construction started on the new building in 2001, but only the exterior was completed before progress came to a screeching halt, said Andy Ambrose, the museum’s executive director.

The 9/11 attacks and aftermath “really affected fundraising, and there was a series of other things that happened,” he said. “It was almost like the perfect storm.”

The price of steel and other materials skyrocketed, a series of hurricanes devastated the South and labor costs soared, Ambrose said.

The museum’s previous leadership had decided to start construction before it collected the $15.5 million it estimated the building would cost at the time. As a result, the “pay-as-you-go” method made construction even more costly.

In 2005, construction was halted indefinitely.

The windows, which had already been purchased, were stored in a warehouse, and plywood was installed instead.

“We’d come in here once a year and make sure it was still OK,” Thompson said. “We had some minor vandalism (and) some copper pipes stolen. We put up an alarm system in here and quickly word got out, … and they left it alone.”

In January, construction ramped up again.

At this point, the museum should be ready for a hard opening in June, Ambrose said.

On the first floor will be a museum store, two classrooms, storage space and a gallery for temporary exhibits. When the museum opens, the gallery’s first exhibit will showcase the museum’s collection of black artists with ties to Georgia, Ambrose said. 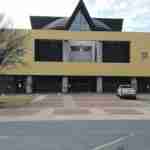 A steel staircase leads up to the second floor of the atrium, where an open-air, circular walkway will become a gallery in the round. Its first exhibit will feature three-dimensional, sculpture-like items by an artist from Chicago known as “Mr. Imagination” or “the bottle cap artist.” The artist, Gregory Warmack, died after moving to Atlanta, and his family left the collection to the Tubman.

Three more galleries are on the second floor. One will feature the museum’s signature mural, “From Africa to America,” and another will feature a popular exhibit on black inventors. 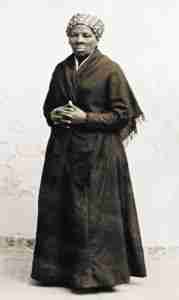 The third gallery, for temporary exhibits, will pay homage to the woman the museum is named after.

“We’re going to open with an exhibit of works depicting Harriet Tubman,” Ambrose said. “At a later date, we’re going to bring on a wonderful signature exhibit of African-American music and musicians from Macon and Middle Georgia, centered around Little Richard and Otis Redding.”

Ambrose said the museum has wonderful collections it hasn’t been able to show because of its smaller space on Walnut Street. For the past decade, most of the museum’s collections have been in and out of storage elsewhere. The move to Cherry Street Plaza, across from the Sports Hall of Fame, will increase the museum’s gallery space more than fivefold.

“Now, we’re going to finally have a chance to weave those (works) into historical presentations and stories both of national as well as local history,” Ambrose said.

Besides being a place for art and history, Ambrose said he hopes it will also be a place for the community to use for meetings, classes, seminars, weddings and more. It also comes with a kitchen for catered events.

“For museums nowadays, particularly those that are community focused, you have to have rooms that function in many different ways,” he said. “Rental revenues (and) special event revenues are critical to museums.”

The museum was partially built with $2.5 million from special option sales tax proceeds, an investment Ambrose said the community should see.

“We wanted to make sure that what we did here was truly a community project and truly had a community impact,” he said. “About two-thirds of the work on this project is being done by local artisans, contractors and subcontractors, (and) over 50 percent of that is minority, African-American primarily, owned and operated firms.”

The museum originally opened in 1985 on Walnut Street.

“Sometimes things that you have to wait a while for are well worth the wait,” Ambrose said. “We think that’s going to be the case with the Tubman.”