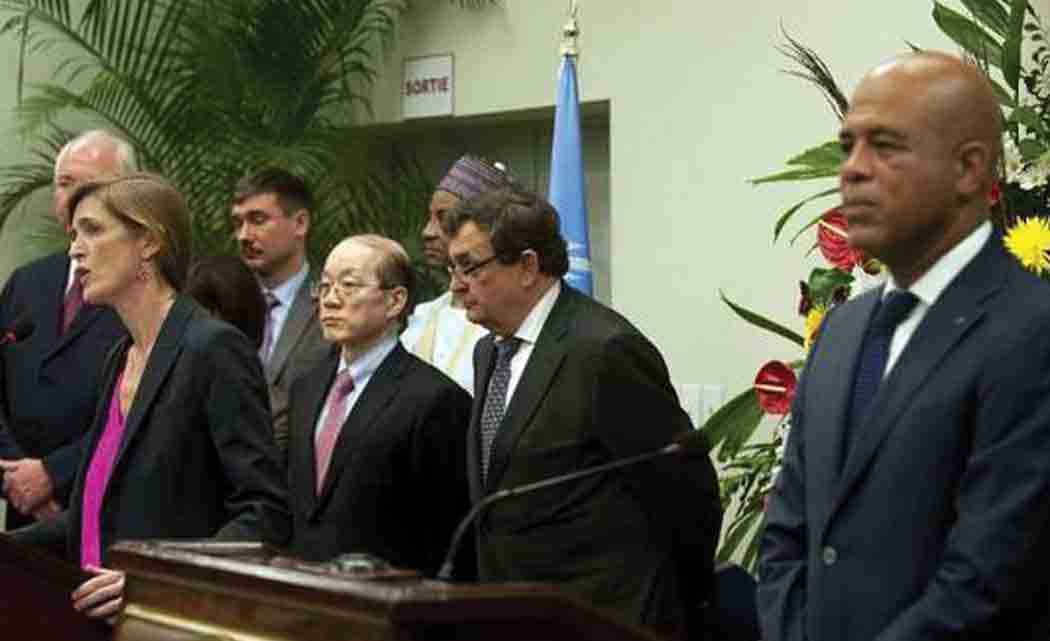 PORT-AU-PRINCE, Haiti — Visiting members of the U.N. Security Council on Sunday called for Haiti to organize credible elections as soon as possible and for the country’s leadership to govern responsibly and inclusively in the absence of a functioning legislature.

As the team ended a three-day visit, Samantha Power, the U.S. ambassador to the U.N., told a news conference that the Security Council supports “strengthening of checks and balances at a time when the parliament is not performing its traditional role.”

President Michel Martelly began governing Haiti by decree Jan. 12 when parliament was dissolved amid a bitter political stalemate. Since then, a new prime minister, 20-member Cabinet and more than a dozen secretaries of state have been sworn in. A new provisional electoral council has also been created to organize long-delayed legislative and municipal elections.

Until elections can be held, Power said Haiti’s leadership will have to govern in an inclusive manner during a period of flux “in order to maintain the legitimacy of the state.”

But she also suggested that Martelly’s hardline opponents, who have been calling for his ouster, will have to actively work toward compromise. Disruptive street pro

“Not everyone in Haiti will be able to get exactly what he or she wants in the coming days or in the coming years, but it will be critical that all actors …. put the overall welfare of Haiti before one’s particular interest,” she said.

During its visit, the U.N. said the delegation would assess the implementation of Security Council resolutions such as the strengthening and professionalization of Haiti’s police force. Last year, the council extended the U.N. peacekeeping mission in Haiti by a year and plan to roughly halve the number of multinational troops from 5,021 to 2,370 by June. Its police contingent would remain unchanged at 2,601.

But during a Sunday visit to Haiti’s police academy, Justice Minister Pierre-Richard Casimir asked the U.N. delegation not to make the planned troop reductions until Haiti’s elections were over. Besides the long-overdue legislative vote, Haiti is due to hold presidential elections this year.

Chilean U.N. ambassador Christian Barros Melet later told reporters it was too early to announce any decision on the justice minister’s request.

The U.N. has kept a peacekeeping force in Haiti since 2004, when a violent rebellion led to the ouster of then-President Jean-Bertrand Aristide.