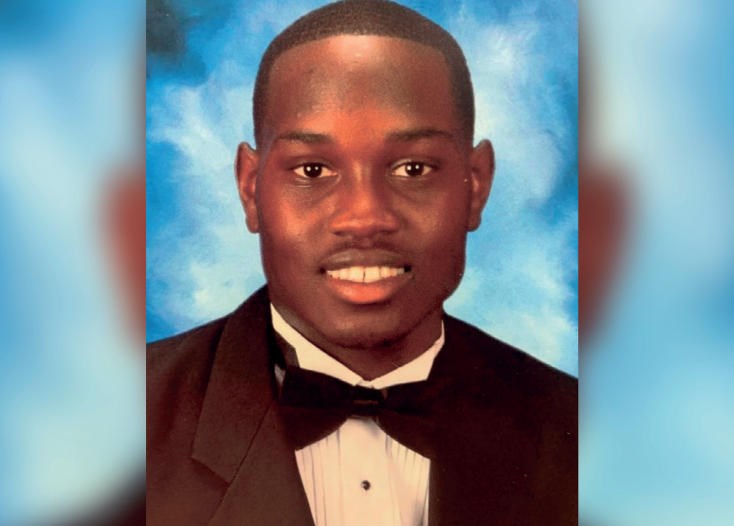 BRUNSWICK, Ga. (AP) – Jury selection in the trial of three men charged with chasing and killing Ahmaud Arbery crawled into its second week on Monday, with the judge and attorneys resuming their slow-moving task of questioning potential jurors one by one.

By the time court adjourned Monday night, Superior Court Judge Timothy Walmsley deemed nine additional prospective jurors to be fair-minded enough to remain in the pool from which a ﬁnal jury will be chose.

That means 32 total potential jurors have been qualiﬁed to advance since jury selection began a week ago. That’s about half the number that will be needed needed before a ﬁnal jury can be seated. The judge has said it’s possible that he may not seat a ﬁnal jury of 12 people and four alternates until next week.

Arbery was fatally shot after a white father and son spotted the 25-year-old Black man running through their neighborhood outside the port city of Brunswick on Feb. 23, 2020.

They armed themselves and pursued him in a pickup truck, and then a white neighbor, William “Roddie” Bryan, joined the chase in another truck.

No one was charged until two months later, after Bryan’s cellphone video of the chase and shooting leaked online and stirred a national outcry.

Now the McMichaels and Bryan face life in prison if convicted of murder. Their lawyers have opted to try to ﬁnd an impartial jury in coastal Glynn County, a community of 85,000 where the slaying dominated news headlines, social media feeds and workplace chatter.

Defense attorneys said the men facing trial committed no crimes. They say the McMichaels had reason to suspect Arbery had committed crimes in the neighborhood because he had been seen previously entering a house under construction. They say Travis McMichael shot him in self-defense after Arbery attacked with his ﬁsts.

Prosecutors say Arbery was merely out jogging when he was slain. Investigators have said he was unarmed and there’s no evidence he committed crimes in the area.

Most potential jurors questioned so far have seen the video of Travis McMichael shooting Arbery three times at close range with a shotgun. Many have said they have already formed opinions about the case, including some deemed impartial enough to remain in the jury pool because they said they can keep an open mind.

Ten of the 19 jury pool members questioned individually in court Monday were dismissed, either because of personal hardships or because the judge agreed they would have difﬁculty weighing the case fairly.

One prospective juror the judge allowed to advance told attorneys said he’s a former law enforcement ofﬁcer who took part last year in a memorial event in which people ran in Arbery’s memory and posted video to social media. He told attorneys he did not think chasing Arbery was the best idea, suggesting the men on trial should have called police instead.

“Do you believe as they sit here now that they have a committed a crime?” asked Jason Shefﬁeld, an attorney for Travis McMichael.

“I’d say yes,” the man replied. When asked what crime he thought the committed, he replied: “Murder?” Another man who remains in the jury pool after questioning, a railroad worker, noted that Arbery was unarmed when he was killed.

“It was three persons who attacked one and no gun,” the potential juror said.

IF ARBERY WERE WHITE

Still, he said he does not know much about the case besides what he saw in the video. And he told attorneys he does not use a computer or social media.

“There’s things that happened that we didn’t see and we don’t know,” the man said.

A woman also found qualiﬁed to serve by the judge said she supports the Black Lives Matter movement but could keep an open mind if seated on the jury.

“I would like to believe if Mr. Arbery were white, this would still happen.” She said she wants to believe Arbery’s race wasn’t a factor in the killing.

“I would like to believe if Mr. Arbery were white, this would still happen,” the woman said.

Attorneys asked if she currently believes the defendants are guilty of anything.

“I think that they are guilty of murder,” the woman said, “but I think there are all kinds of circumstances that could probably justify murder.”