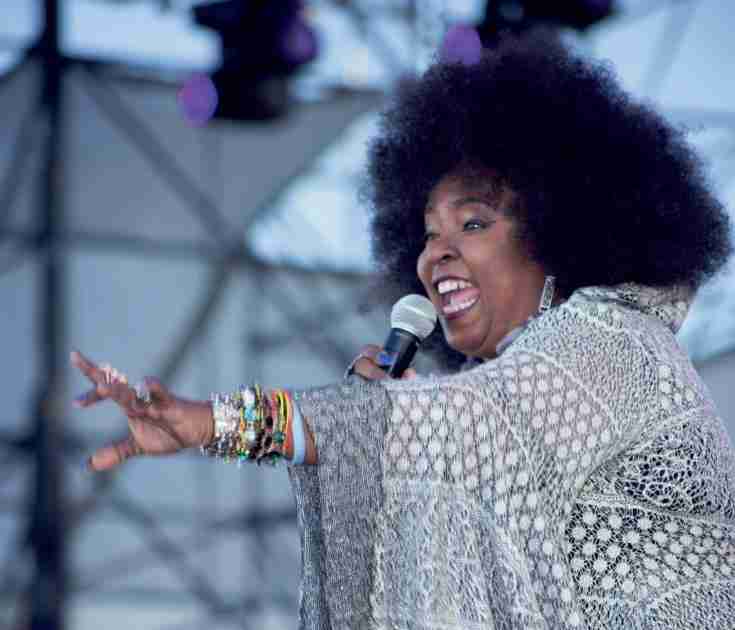 Miami (AP) – Betty Wright, the Grammy-winning soul singer and songwriter whose influential 1970s hits included “Clean Up Woman” and “Where is the Love,” has died at age 66. Wright died at her home in Miami on Sunday, several media outlets reported. Steve Greenberg of S-Curve Records told the New York Times Wright had been diagnosed with cancer in the fall.

Wright had her breakthrough with 1971’s “Clean Up Woman,” which combined elements of funk, soul and R&B. Recorded when Wright was just 17, the song would be a top 10 hit on both the Billboard R&B and pop charts, and its familiar grooves would be used and reused in the sampling era of future decades.

The youngest of seven children, Wright was born Bessie Regina Norris in 1953 in Miami, the city whose funk and soul sounds her music would always be identiﬁed with.

She started singing with the family gospel group, Echoes of Joy, and released her solo debut album, “My First Time Around,” at age 15 in 1968. The album yielded a top 40 hit, “Girls Can’t Do What the Guys Do.”

After “Clean Up Woman,” written by Clarence Reid and Willie Clarke and later sampled by Afrika Bambaataa and Mary J. Blige, she would have her ﬁrst hit she wrote herself with “Baby Sitter,” a 1973 hit that showed off her so-called “whistle register” vocals, an ultra-high singing style later employed by Mariah Carey and others.

With members of K.C. and the Sunshine Band, she co-wrote her 1975 proto-disco hit, “Where is the Love,” which would win her a Grammy for best R&B song.

A career lull in the late 1970s and early 1980s prompted Wright to start her own label in 1985, leading to a gold album, “Mother Wit,” in 1987 and the comeback hit “No Pain (No Gain)” She spent much of the rest of her life as a producer and mentor to younger artists, many of whom were singing her praises after her death.

“Thank you for being a master teacher, a friend and one of the greatest female soul singers in our industry,” Ledisi said on Twitter. “You were so much more than your music. We were blessed to be around royalty.” John Legend tweeted that Wright “was always so loving and giving to younger artists. Always engaged, always relevant. She will be missed.”