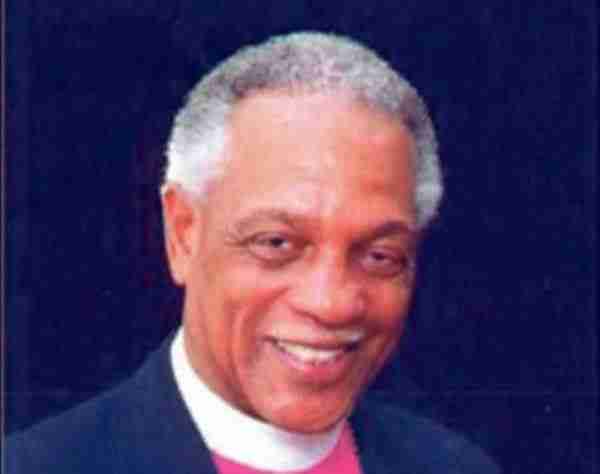 Bishop Cohen was educated in the Dade County Public School System – Dunbar Elementary and Booker T. Washington Senior High School. In his formative years in the school, he demonstrated insight, attention to detail, zeal, and concern for things great and small, analytical and problem solving ability. After graduating high school, he attended Florida A&M University in Tallahassee. He decided to interrupt his educational pursuit to serve his country in the United States Army. He was stationed in Fort Bragg, NC, serving in the 82nd Airborne Division. Aware of the importance of education, upon his honorable discharge from the military he enrolled in Fayetteville State University in Fayetteville, NC, graduating in 1958 with a bachelor of science degree in Education. At Fayetteville State, his charisma and love for people were evident and he became a dynamic student leader.

North Carolina provided many memorable experiences for young Jacob Cohen; for it was in Fayetteville, where he was saved, baptized, and called to the ministry at Anderson Temple Church of God in Christ under the pastorate of the late Elder J. R. Anderson. During this time, he began his dedication to the work of the church. He was instrumental in remodeling and improving the physical appearance of Anderson Temple. He also served as the Y. P. W. W. president of the Fayetteville District, associate minister of Anderson Temple, and secretary to the late General Board member, Bishop Wyoming Wells of the Greater North Carolina Jurisdiction.

The providence of God placed him in Fayetteville to “ﬁnd a good thing – a wife.” He met and married Josie Mae, the daughter of the late Deacon John and District Missionary Josie Jackson. Jacob and Josie were married for 57 years until her death in October 2011.

The love of a son for his father prompted Elder Jacob Cohen to return to Miami to assist his ailing father, Bishop A. M. Cohen. Along with his ministerial duties at the Temple, Elder Jacob Cohen taught in the Dade County Public School System. Upon the death of his father in 1959, Elder Jacob Cohen was appointed pastor of Miami Temple, now known as A. M. Cohen Temple. With his Godgiven abilities and educational skills, he embarked upon the awesome task of shepherding the flock.

Elder Jacob Cohen’s upward mobility in the church continued with his appointment as superintendent of the Miami District and subsequently his appointment in 1971 as jurisdictional bishop of Eastern Florida. In order to fulﬁll his leadership responsibilities to the jurisdiction, Bishop Cohen culminated his tenure with the Dade County school system. Promotion continued for Bishop Cohen in November 1972 when he was elected to serve on the General Board of the Church of God in Christ, the governing board of the international church. Bishop Cohen served a total of 14 years with this governing body.

Under his effective leadership the Eastern Florida Jurisdiction expanded from approximately 50 to over 114 churches. For more than 40 years he built a strong, supportive and successful Jurisdiction. Often referred to as a man of hospitality and excellence Bishop Cohen was admired and respected everywhere he went.

• Served 4 years as secretary of the General Board

• Established the clergy bureau for the Church of God in Christ

• Chairman of the Constitution Committee

• Contributed to the successful building and operation of a radio station in Brasilia, Brazil

• Served on many national, state, local boards and advisory councils including:

President of the Miami Dade Chapter of the NAACP, YMCA, Governor’s Committee on the

• An avid skier, ﬁsherman and a longtime member of the WallsPatterson-Haynes-Cohen Bullseye Sportsman Club.

His devoted wife, the late District Missionary Josie Mae Jackson Cohen, preceded him in death. Those who cherish his memory are his ﬁve lovely children: Cheryl Cohen-Vader, Joel Cohen(Gloria), Amaziah Melvin Cohen, Shawna Cohen and a precious granddaughter raised as a daughter Latoya Cohen-Johnson(Andrae). He was a devoted grandfather to Quincy Cohen, Sr. (Shelia), Joshua Cohen, and Brenden Jacob Covert, and great grandfather to Isaiah “Ike” Williams, Isaiah Cohen, Katherine Knowles, Quincy Cohen, Jr. and Joi Cohen. A brother to Mamie Cohen and a dedicated brother in law to Niza Cureton, Miriam Bowden and Karla Cohen. A beloved family member to a host of nieces, nephews, cousins and many sons and daughters of the A.M. Cohen Temple and Florida Eastern Ecclesiastical Jurisdiction.