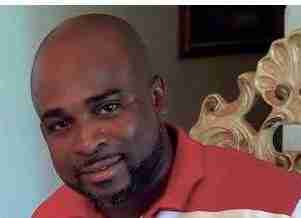 MIAMI GARDENS, Fla. – Harry Rhodes meant a lot to a lot of people. A newly- wed, Rhodes married his long time sweetheart, Monique Dauphin-Rhodes in an intimate ceremony last year on his late mother’s birthday, May 27. Rhodes, who was a long distance truck driver, died in a four vehicle collision in Roanoke, Virginia on Sept.13.

Rhodes was born on Aug. 21, 1973 and raised in Miami, growing up in the section of Miami Gardens formerly known as Carol City. The youngest child of Elvira and Harry Rhodes Sr., Rhodes’ sister, Charlotte and his parents preceded him in death.

Memories of Rhodes poured in from his children and other family members. His son and namesake, Harry III said his “most important” memory was the first time his dad attended his football game at North Carolina Tech. “It meant the world to me because this was his first time seeing me play at a collegiate level. Afterwards, we traveled across the world to view different cultures,” Rhodes shared.

Daughter, Essence, said “He treated me like a princess, like his love. I will never forget…that bright smile he always had.”

Stepdaughter, Marissa Screen, said he was a father to her. “He was in my life since I was seven-years old and always treated me like I was his very own daughter,” she said.

His niece, Elvira, said her uncle surprised her at the hospital after she gave birth to her first child. “I said ‘what are you doing here,'” she said. “He said, ‘I told you, little girl, I always got you and you never know where I am.’” The self-described free spirit loved being on the road. While traveling for his job, it was common for Rhodes to stop to visit family along the way. His nephew in Quincy, Florida, Kenny Allen, said he looked forward to his uncle’s visits and knew to have his special BBQ ribs ready.

“He would always ask me, ‘you got those ribs and cake for me, right,’ shared Allen, who said Rhodes was more like a big brother than an uncle.

Eating good food has emerged as a theme in Rhodes’ life. His older brother, Joseph, an accomplished cook, said one of his fondest memories was of Rhodes asking him to make a coconut cake, turkey wings and peas and rice.

Rhodes’ cousin, Dwayne Hollinger, recalled a special overnight visit the two shared when Rhodes drove through New Jersey last year. “I remember what I cooked – BBQ turkey wings, vegetables and rice,” said Hollinger, who resides in Parlin, NJ. “We ate together then sat on the balcony and talked for hours, sip- ping on cold Coronas while Harry smoked his cigar.”

His sister Tawanna said although she was older, “Harry always looked out for me. He was that old soul in a young man’s body,” she said. His brother, Thomas, said he will miss his baby brother stopping by to share tales from his road trips.

Niece Chaeric Wilson said as her late mother’s baby brother, Rhodes was her “uncle/brother/father. He always gave me direction and support. We were very close,” she said.

Screen said one of the family’s favorite memories was a trip they took several months ago.

“We went to Key West back in May. It was the one year anniversary for him and my mom,” she shared.